Emmerdale's April Windsor reveals why Leo Goskirk is being bullied

The former couple have been left horrified by the shock discovery that their son is being targeted at the school, but they’ve struggled to get many answers from his older sister April (Amelia Flanagan) over what’s going on among the kids.

Last week, Rhona (Zoe Henry) started to suspect that April herself is the bully, while Marlon also feared this was a possibility when he went rooting through her schoolbag.

Marlon (Mark Charnock) uncovered Leo’s missing party invitation, which April deliberately hid last week, and realised that he’d have to ask her some tough questions over the reasons why. 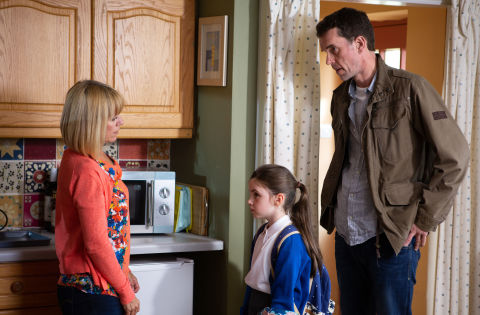 In tonight’s episode, April finally breaks her silence and reveals why Leo (Harvey Rogerson) is being left out at school.

April explains that Leo keeps hitting the other kids and gets special treatment, which isn’t going down well.

Has April been trying to protect Leo with her actions, and is she finally giving Marlon and Rhona the full story? 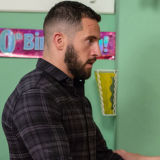 Digital Spy Soap Scoop video – hit play below for all the latest Emmerdale spoilers, as Debbie receives devastating news and cheating Bernice gets caught out.