Emmerdale: Val Pollard reminds Eric to do it 'his way'

Val (played by Charlie Hardwick) was one of Emmerdale’s most beloved characters, living in the village between the years of 2004 and 2015, as the sister of Diane Sugden (Elizabeth Estensen) and the wife of Eric Pollard (Chris Chittell). Viewers of the ITV soap were left heartbroken when it was revealed the character was a victim of the helicopter crash which almost destroyed the village as part of the show’s 43rd-anniversary episodes. With the 50th anniversary on the horizon, it seems all the stops are being pulled out to make it one to remember and this could include reviving Val from the dead.

The bosses behind the second-longest running soap in the UK have already promised the return of a few familiar faces in the milestone episodes.

There are plenty of characters who are still alive who could make a comeback but bringing back someone from the dead can add an extra surprise element.

It would not be the first time the show has brought someone back from beyond the grave, with the likes of Lisa Dingle (Jane Cox) supposedly connecting with their loved ones who are still alive.

At the moment, the finer details of the 50th anniversary are being kept under wraps and therefore, Val’s return could be kept a secret until transmission.

One person who wants to see their former co-star back on the set is the actress who plays Bernice Blackstock, Samantha Giles. 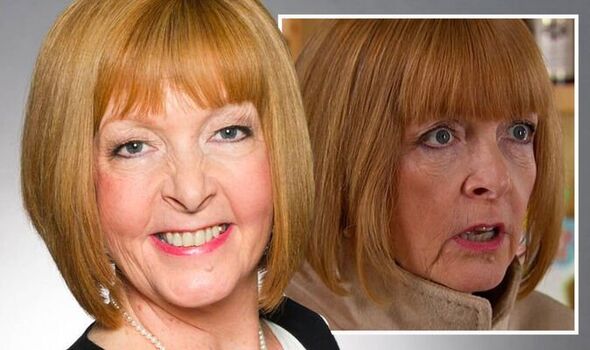 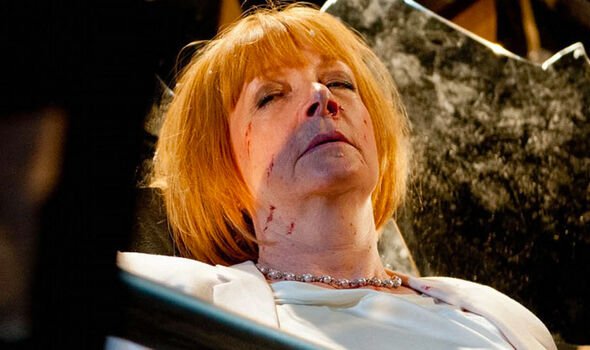 Bernice was Val’s niece and although they didn’t spend a huge amount of time on-screen together, Samantha still has huge admiration for the character.

The soap star said: “I think Val was great, she was such a fabulous character. There was no one like her on the programme.

“And I think it was a mistake to kill her really, in my opinion. I think she should still be in it. She was amazing – why did they kill her?” she said in an interview with The Daily Star.

With calls for Val to return, she could come back in the form of a ghost to share the screen with her late husband Eric one more time.

As Eric is going to struggle with Faith Dingle’s (Sally Dexter) death in the coming months, his late wife could offer him some comfort in the anniversary week. 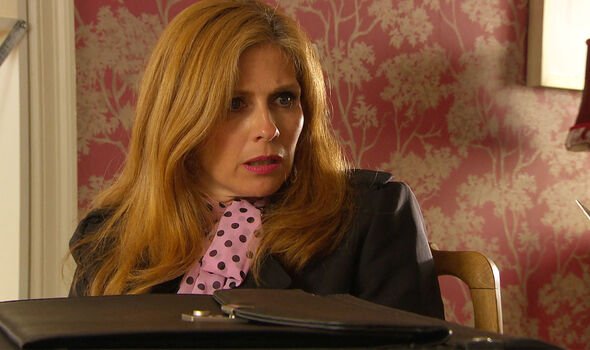 I think Val was great

With the rest of the village mixed up in other storylines, the scenes between Eric and Val could be a lot calmer than the other action going on.

Val could reassure her husband Faith will be ok and she won’t be in any pain nor would she ever be on her own.

As the pair speak, Eric could explain to his former lover how much he misses her and how he has been thinking about her more than ever now he will lose another person he loves.

This wouldn’t be the first time Val has returned as a ghost as she made an appearance on Christmas Day in 2017 as part of Robert Sugden’s (Ryan Hawley) storyline.

She didn’t get to spend time a lot of time with her beloved so a special episode featured on them only could prove to be a staple piece of the anniversary celebrations. 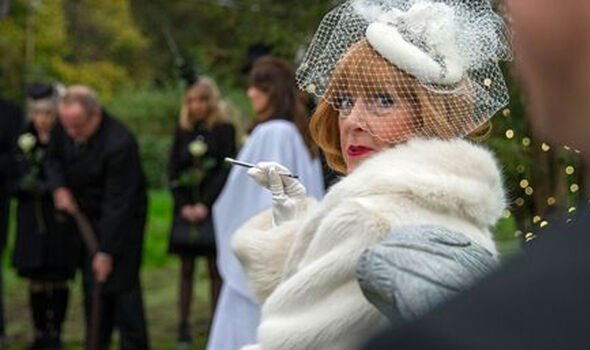 Discussing her return to the show in 2017, Charlie explained: “I loved being back, but it felt a mixture of everything.

“I walked into the canteen at the village out at location first thing in the morning and there were all the people I used to work with every day.

“The props teams, the sparks, camera and sound crews, all the people you’d forgotten how much you loved. So I was a little bit moved and it was so nice because everyone was cuddling me and I felt heavily indulged.”

How it felt to make a comeback, she added: “My overwhelming feeling of the day being back at Emmerdale was how much I love it and how much I miss it.

“I know I made the right decision to leave, but it was a real treat to be able to relive it all again. After ten minutes back, it was like I’d never been away and I was bossing everybody around.”

How well do you know your British soaps?

How many times has Ian Beale been married in EastEnders?

What is the name of Bianca Jackson and Ricky Butcher’s son on EastEnders?

On EastEnders in 2002, who accidentally ran Jamie Mitchell over in his car which caused his death?

How many times has Corrie’s Steve McDonald been married?

What happened to Emily Bishop in Coronation Street?

Who murdered Maxine Peacock in Coronation Street in 2003?

Which incident in 1993 killed off four characters in Emmerdale?

When did the show stop being known as Emmerdale Farm?

On what date did Hollyoaks air its first episode?

What was the name of the much-loved Coronation Street pet dog who was put down in April 2020 after 14 years?

1996 saw the arrival of one of Hollyoaks all time bad boys and rival of Kurt Benson, but who was he?

Who is the longest serving character on Coronation Street?

Who shot Phil in EastEnders?

How many fires have there been at Corrie’s Rovers Return?

Get out of my pub, you’re no soaps fan

“It was lovely to be there, it was genuinely lovely and it was a treat and a real privilege to get the chance after her demise to go back and see people one more time,” Charlie told Digital Spy.

“This time I really got the chance to say proper goodbyes without the whole leaving bit.”

Less than a year later, in 2018, the actress hinted she could make another return to the show at some point in the future.

Charlie explained: “I kind of thought at the end of Emmerdale that my dance was done, but no, that little bit came back when I was on Emmerdale last Christmas.

“I thought, ‘You know what? I like this’. If you pitch the story, I would be there in a shot,” she told HELLO! Magazine.

The former soap star also spoke about the reasons for wanting to leave the character behind her back in 2015.

Charlie said: “It’s taken me many, many, many months of wrangling and thinking that perhaps I was just under the weather.

“Or that I just had to pull myself together but I think I knew I had to go and not because I hate it but just because I have to try and get a bit of my life back really.

“I’ve had a suitcase at the end of my bed for 12 years. I’ve loved being with Eric, I think that’s a great marriage – I think it’s a great partnership,” she added as she praised her co-star.

Could they be set to reunite in just a couple of months’ time?

Emmerdale airs weekdays at 7:30pm on ITV, with an hour-long episode airing on Thursdays.