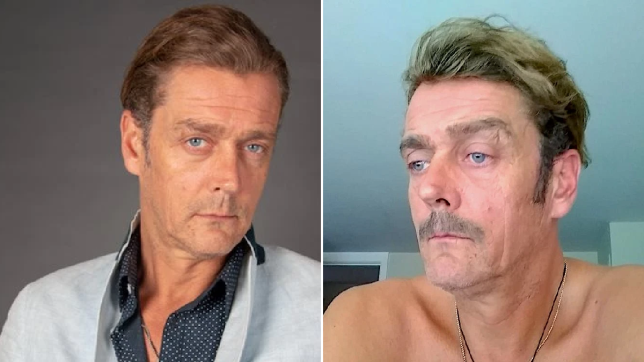 It has been revealed that Emmerdale star Toby Kirkup died hours after leaving hospital in August 2020.

Also known for his role in Peaky Blinders, Toby went to Huddersfield Royal Infirmary after experiencing chest pains and a tingling sensation in his arms.

The star, 48, was diagnosed with gastritis, and was sent back home to Slaithwaite.

He died alone, with Bradford Coroner’s Court hearing that a post mortem established as death by natural causes.

‘It’s quite clear that cardiac procedures were followed’, he said.

‘I’m not at all critical of anything that has taken place within the hospital and I understand the reason for the discharge.

‘It is one of those things where, unfortunately, the condition has then ruptured and become a terminal event.

Following the virtual hearing, Toby’s family gave a statement in which they said the diagnosis had been based on a ‘perception of excessive alcohol and drug use’ and asked why Toby was ‘sent home with lifestyle advice’.

Pathologist Dr Karen Ramsden explained that the actor died from bleeding, which was caused by a ruptured aortic arch aneurysm.

Toby was treated by Dr Palin, who said he didn’t mentioned the chest pains in the initial assessment, but instead said he had pain in his upper abdominal area.