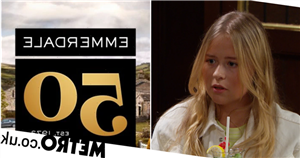 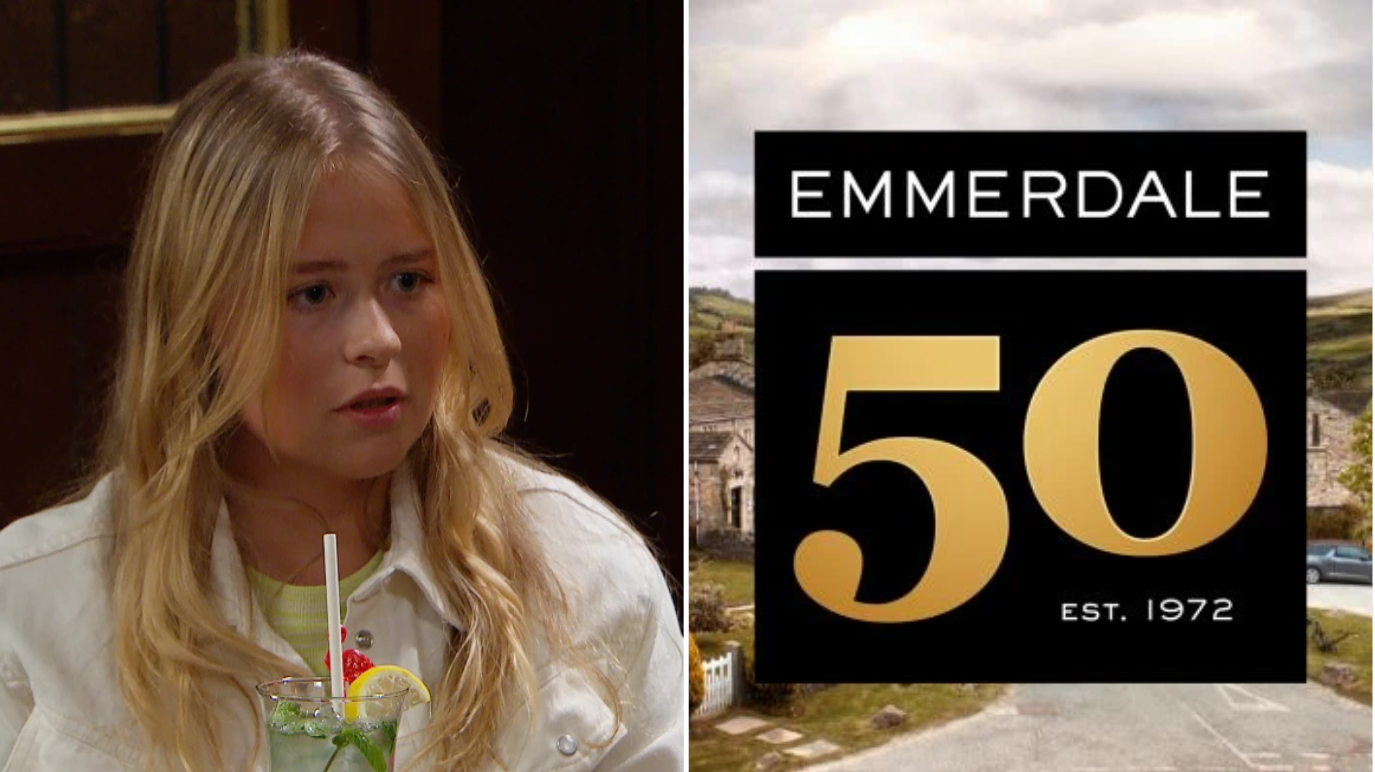 As Emmerdale gears up for its special 50th anniversary episodes, we already know that we’re in for a wild ride as a huge storm is set to wreak havoc in the village.

Emmerdale boss Kate Brooks told us, ‘Some of our best-loved villagers will be in peril and it’s safe to say that literally the village won’t be the same after this. It’ll never be the same again because the impact the storm has on people’s lives is massive.’

We know that most of the regular characters will be involved in this massive week, and Isobel Steele, who plays Liv Flaherty, told us what it’s been like filming the episodes.

‘Its so much fun,’ she says. ‘I love anything to do with stunts, anything different from the normal day. It’s been really good fun.’

The storm has been created by massive wind machines, which come with their own challenges for the cast and crew, as Isobel explains.

‘The wind machines are huge so loud,’ she says. ‘I’ve been given a – I’m so excited about it and its not even that exciting! – clip-on holder for my earbuds, which we all have to have on because the machines are so loud, but we cant hear what anyone is saying.’

She’s mainly working with Bradley Johnson, who plays Vinny, in these scenes and it’s lucky they’re very used to working together because they can’t actually hear each other speaking their lines.

‘Me and Brad are going to have to think about when we say our line,’ Isobel says. ‘We’ve got no idea, I cant see or hear you at all, we’re just kind of winging it! We can’t hear or see.’

The devastation caused by the storm is immense, and Isobel was shocked at how the village looked in the aftermath.

‘I came in yesterday and saw the Emmerdale sign on its side,’ she reveals. ‘I completely forgot that had happened! Trees are smashed everywhere, branches… it looks like its not been worked in for years. It looks derelict.