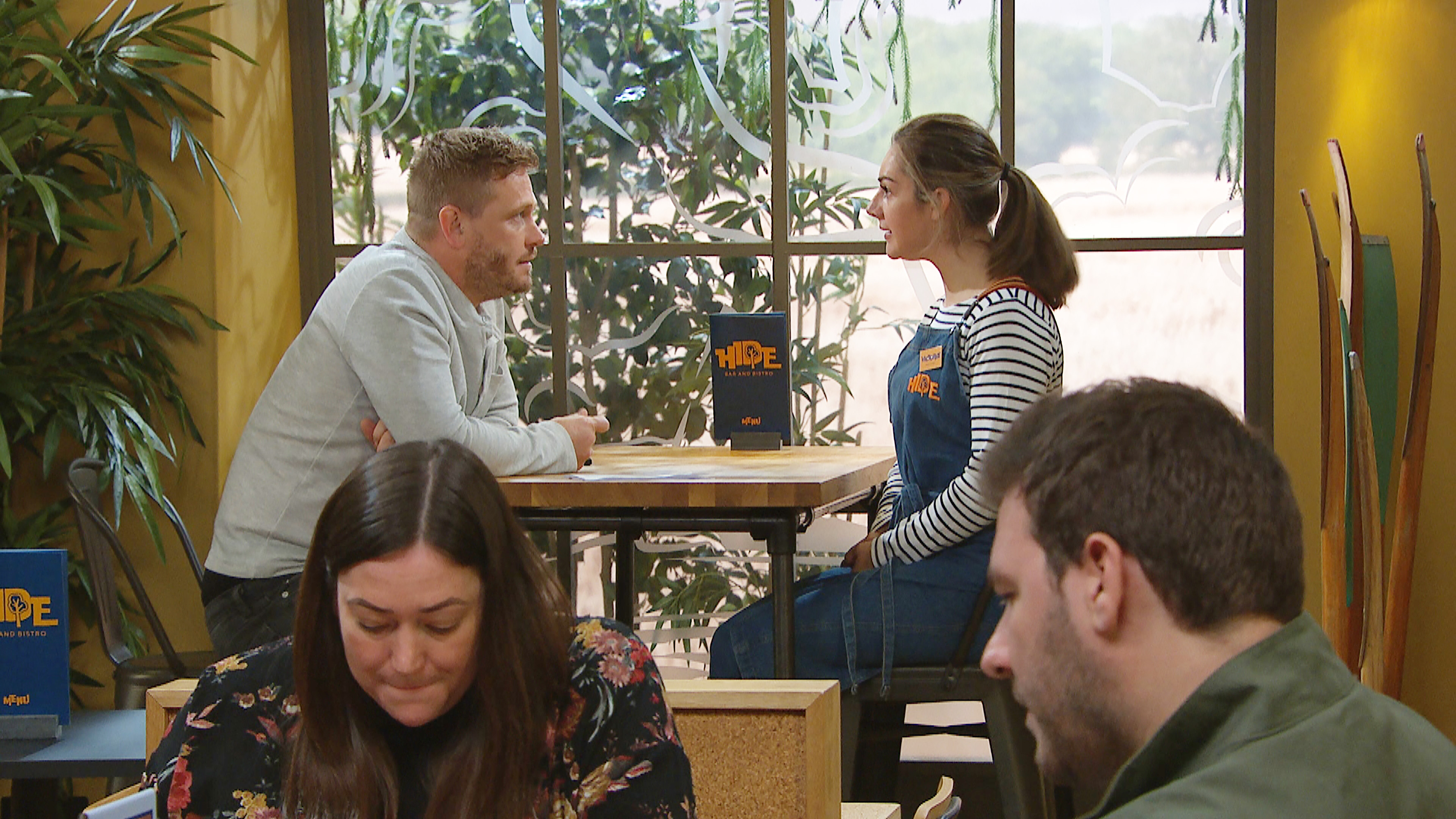 Emmerdale couple David (Matthew Wolfenden) and Victoria (Isabel Hodgins) are set to hit a rough patch over a speeding ticket in upcoming episodes – and the actress tells us that she shares her character’s fury!

Victoria is left reeling when she discovers that she has six points on her license, thanks to David allowing her to take the blame for his speeding.

‘David is upfront and honest and does tell her but he should never have put her name down on the speeding fine,’ the star explained.

‘She obviously has the three points from when she went through the lights and so she’s furious and rightly so.

‘He does have a soul and a moral compass and the guilt was eating him up.

‘Ultimately, Victoria is a great partner and he knows that keeping this from her isn’t right and she needs to know what’s going on.’

And Isabel revealed that she was ‘furious’ on behalf of her character.

‘It’s the betrayal, it’s the lie, it’s the thinking he could do what he did and get away with it and it’s the repercussion of someone then having six points on their licence.’

It’s the last straw for Victoria, as she ends up deciding to end their relationship.

‘I think it’s out of sheer frustration and an accumulation of all the things he’s done,’ Isabel pondered.

‘Because she’s taken on his money issues, because he’s been selfish and her son ended up in hospital, because of the speeding fine and the points on her license, and then at his birthday he’s giving it the big “I am” and she’s at the end of her tether with it.’

Isabel is sticking by her character’s decisions, despite enjoying working alongside her co-star.

‘I love working with Matthew and I really like Victoria and David on screen. But speaking for her and as a respect thing, I do think she has made the right decision.’

Is this the end of Victoria and David for good?