In upcoming episodes of Emmerdale, viewers will see Charity (played by Emma Atkins) learn the truth about Sarah’s (Katie Hill) dealings with Danny (Louis Healy). Charity’s son Noah Dingle (Jack Downham) ended up in hospital when he took one of the pills Sarah had stashed for Danny. Charity had been in the dark over Sarah’s involvement but in coming episodes, she could be left with no choice but to send her granddaughter away.

In a preview clip released by ITV for next Wednesday, Sarah rushed out of the cottage as Charity asked if she was having any breakfast.

The schoolgirl made up the excuse she was running late and would simply have an apple at school.

But Charity wasn’t impressed with her answer and demanded she sit down to explain what really happened to Noah.

“So, these drugs that Noah took, seems you might know where they came from,” Charity began.

Trying to protect herself, Sarah replied: “What are you talking about?” 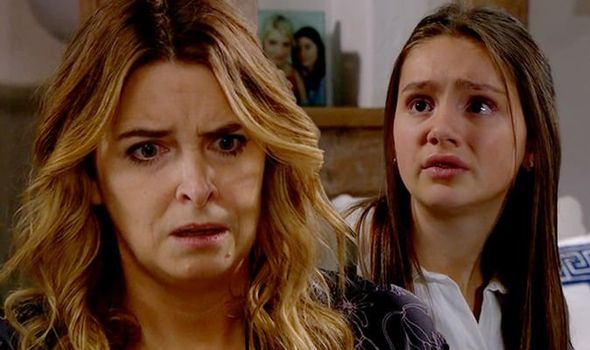 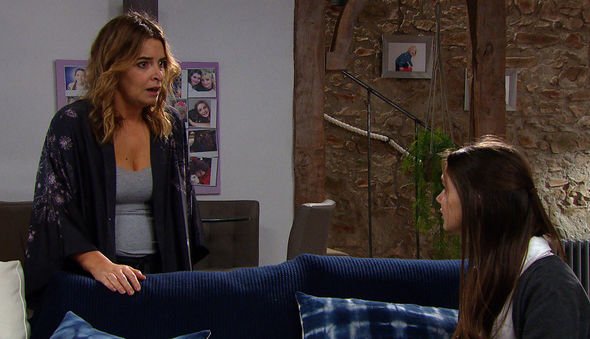 “Oh right, so you never hid Danny’s stash for him then?” Charity asked.

“And you haven’t been meeting him in secret and you never took any of what he was pushing?” 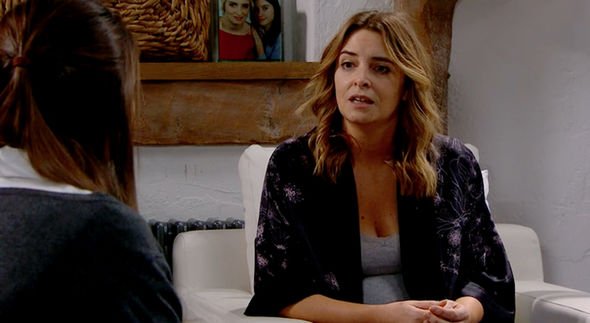 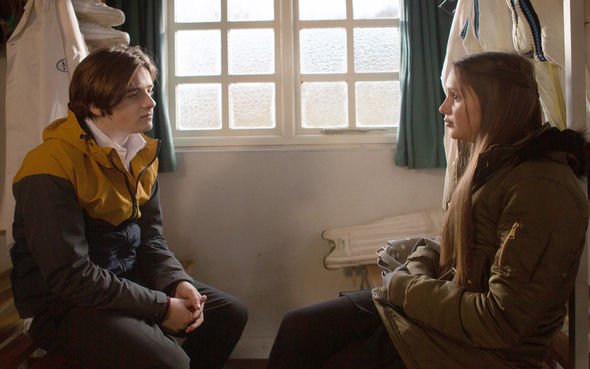 Sarah insisted she only took one pill at a party but her grandmother was devastated.

“You didn’t think did you Sarah? So now Noah is going to have kidney problems for the rest of his life so please let’s not pretend you got caught sticking your hand in the sweet jar,” Charity fumed.

Sarah hit back: “It’s not my fault that he took that stuff.”

“Are you kidding me? Are you seriously telling me Noah is going to be in and out of hospital and you risked it all because you liked some lad,” Charity asked.

Sarah snapped: “Yeah well I got some lad arrested didn’t I?

“And you know why I did that? Because I wanted to prove you wrong about me.

“All I was good for was getting drunk and throwing up, remember that? Yeah, well guess what, a drug dealer who hurt Noah got nicked and that was down to me.”

Charity was left speechless by Sarah’s remark and it’s clear she has no idea how to control her granddaughter and keep her safe.

With Sarah becoming involved with drug dealers and risking the lives of her family, could Charity decide to send Sarah to Scotland to be reunited with her mother Debbie (Charley Webb).

It could be good for the youngster to be reunited with Debbie as Charity could come under investigation for Graham Foster’s (Andrew Scarborough) death after she was seen vowing to kill him.

Fans know it was actually Pierce Harris (Jonathan Wrather) who killed Graham but a number of the residents will no doubt be under suspicion.