It all unfolds on the ITV soap after the Emmerdale  character has a fall-out with boyfriend Pete Barton (played by Anthony Quinlan).

Then he in turn is upset that she appears to think so little of him and retaliates with some harsh words.

Rhona realises the errors of her ways later on but tragedy will soon strike.

She goes to treat one of Kim’s (Claire King) horses after the villainess turns up at the surgery appearing very distressed about the animal.

Rhona and Kim head out to the stables but Rhona doesn’t feel right.

Abdominal pain sees Rhona collapse to the floor while she’s alone. But can she get the help in time?

The horrifying moment happens as a result of Rhona’s recent hysterectomy on the programme.

The vet went under the knife when she discovered her uterus had growths on it.

It’s been a real battle for Rhona who is now suffering the menopause early. 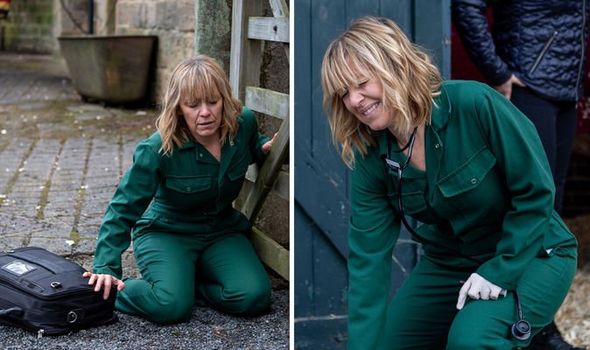 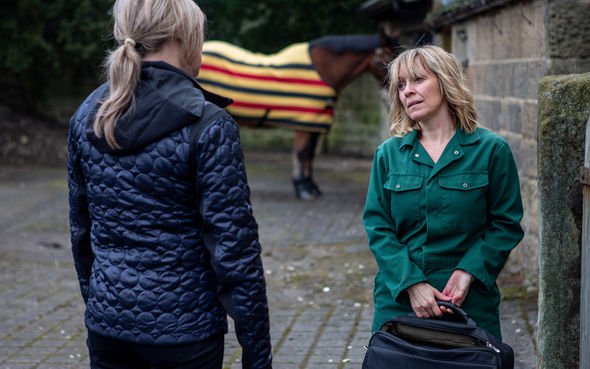 It’s a happy but anxious time for the couple as news of the pregnancy comes just after their daughter Grace died shortly after birth.

The couple knew she wouldn’t live long after she was born due to genetic disorder Bilateral Renal Agenesis.

However, Chas didn’t want to terminate the pregnancy and chose to carry Grace full-time in order to donate the tot’s organs. 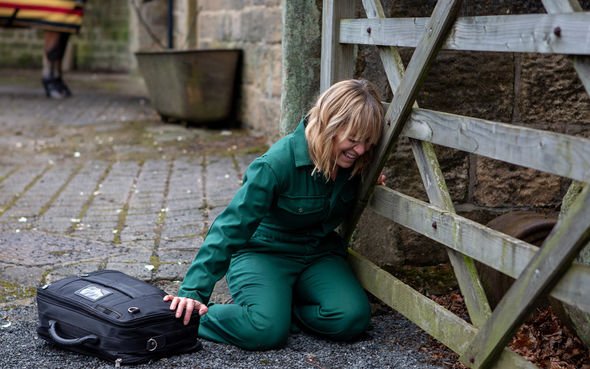 She told her: “Before she was born, you probably don’t remember, but you said I’d surprise myself and feel strength when I least expect it.

“You were right and it’s a big surprise. I probably shouldn’t say but hey, it didn’t make any difference last time.

“I was late, I didn’t feel any sickness or anything so I just ignored it but I finally made myself do a test this morning.

“It was positive, I’m pregnant. It is pretty wonderful, isn’t it?”