Mandy (played by Lisa Riley) has been left with a hole in her heart after her husband-to-be Paul (Reece Dinsdale) died on their wedding day following an unfortunate accident on Emmerdale. Though, her heartbreak soon turned to rage when she discovered the deceased had been abusing his son Vinny Dingle (Bradley Johnson) for months. As she tries to get her head around learning about the real man who she was going to marry, it seems she could be turning to Bear (Joshua Richards) as a source of solitude. However, questions could be asked by other characters on the ITV soap as to why the pair are getting so close.

Bear is the biological father of Mandy’s ex-husband Paddy Kirk (Dominic Brunt), who first turned up in the village a couple of years ago.

Since then, he has developed a strong relationship with the child he never knew he had, as well as being a grandfather to baby Eve.

With Mandy having made her own return to the weeknight serial drama about the same time Bear arrived, they’ve become good friends.

In the coming weeks, he could become more of a father figure to Paul’s ex-partner as he tries to give her some direction.

Having only lost her lover recently, her neighbours could start to think a new romance is blossoming in the Dales. 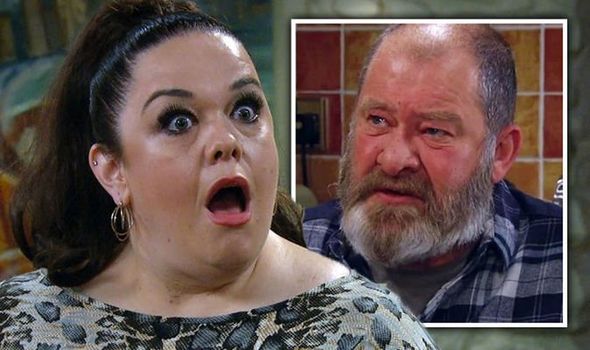 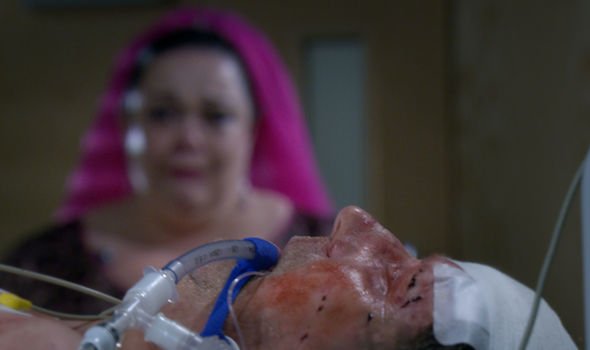 Speaking exclusively to Express.co.uk, the actress who plays Mandy, Lisa, 44, teased this new storyline between the pair.

The soap star explained her thoughts, saying: “With Bear Wolf, I think there is something very, very interesting [there].

“Nothing sexual or [romantic] relationship but I think with Mandy and Bear, it would open a can of worms because Paddy would be intrigued as to why they’re such good friends.

“I think there is something beautiful with Mandy and Bear. Not like a sugar daddy but that older father figure that she craves and I think if she had a father she wouldn’t get herself into so much bother.” 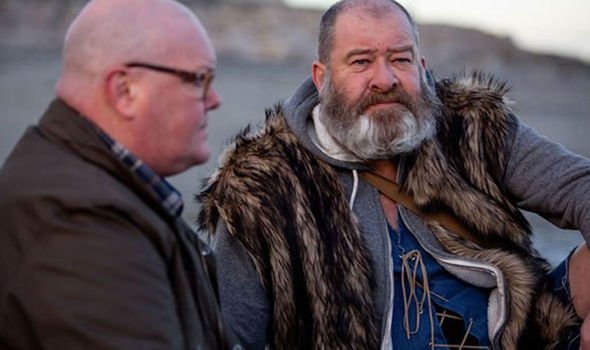 Something beautiful with Mandy and Bear

Lisa continued: “I think Bear would be a kind of advisor and he would do it in a jovial way which Mandy responds to.

“Mandy doesn’t respond ever to discipline but she does respond to anything jovial and I think that’s how he would play it with her because that is his character as well.”

On the inside of the mystery relationship, it would be clear as day there is nothing romantic going on between the pair.

Unfortunately, several residents of the village like to gossip and they could incorrectly guess there is more going on than meets the eye.

DON’T MISS…
Charley Webb admits to keeping an eye on her son due to changes [COMMENT]
Emmerdale’s Adam Thomas ‘shaken up’ after being ‘attacked’ by thief [COMMENT]
Charley Webb issues plea over son’s behaviour ‘What do I do?’ [COMMENT] 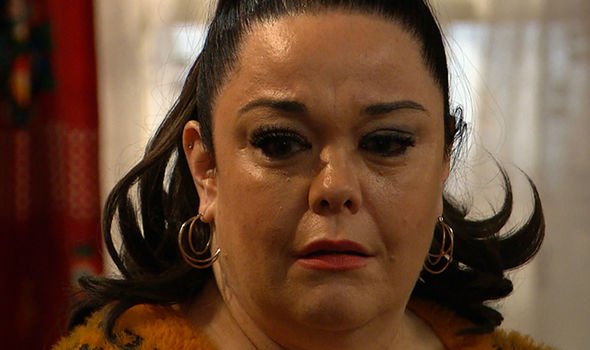 Given how abusive and villainous Paul was, the villagers could be happy to see Mandy moving on with someone else rather than thinking about the past.

However, Paddy would be someone highly against any relationship forming between the two characters but will he be left humiliated when he realises what’s really going on?

Whatever happens in the wake of Paul’s death in recent episodes, Lisa has assured viewers the impact will be long-lasting.

Asked what was going to happen to her character after the accident, the soap star said: “The death is going to have repercussions.”

“[It will affect] Mandy up until Christmas and I think there is going to be a lot, a lot of agony moving forward,” she said.

With this in mind, having someone like Bear around would be a great sense of support for her as she tries to piece her life back together.

Unfortunately, Paul’s death meant the actor who played him, Reece, 61, had to leave the cast after almost a year and a half in the role.

In light of his alter-ego’s departure from the soap, Reece will be returning to direct some of the episodes.

Discussing his exit, the actor said: “I loved [playing Paul], especially because we tried to make him a fully rounded character and didn’t make him look villainous from the off.

“The secret was to let his badness slowly bleed out. I think it worked,” before talking about being part of the big stunt.

“It was painstaking, both in its attention to detail and safety and also adhering to Covid rules at all times.

“But it was great fun though, too. More than your average day at the office,” the soap star explained.