Emmerdale’s Leanna Cavanagh (played by Mimi Slinger) has long had the hots for Jacob Gallagher (Joe Warren-Plant) and to her delight, they finally decided to become exclusive with their relationship recently. But the path to where they are now hasn’t been short of drama and there could be more on the way.

With Jacob convinced that he was in love with the manipulative school teacher, he was left heartbroken when David and his mum Leyla Harding (Roxy Shahidi) drove her out of the village when they found out what had been going on under their noses.

Since then, it’s been a tough road for him but he found a connection with Leanna and the two ended up sleeping together at the end of last year.

There has already been worries about a teen pregnancy for the pair after their romp, as Leanna began to panic as they hadn’t used protection. 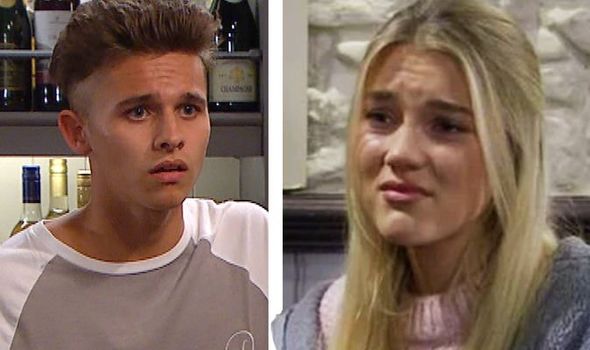 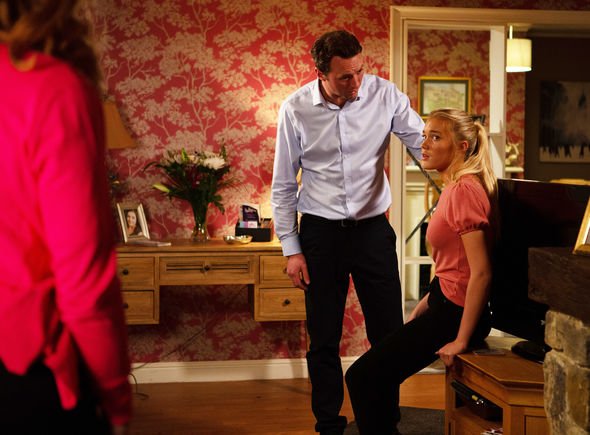 Liam was furious after she was sick due to taking the morning after pill, and launched himself at Jacob for taking advantage of his little girl.

Since then, Leanna has been distracted with trying to split her dad and Leyla up after finding out about their secret romance.

It’s becoming hard to keep up with how many connections there have been between both families!

In Wednesday’s episode, Leanna visited Jacob in the shop as the lockdown was starting to ease in the village. 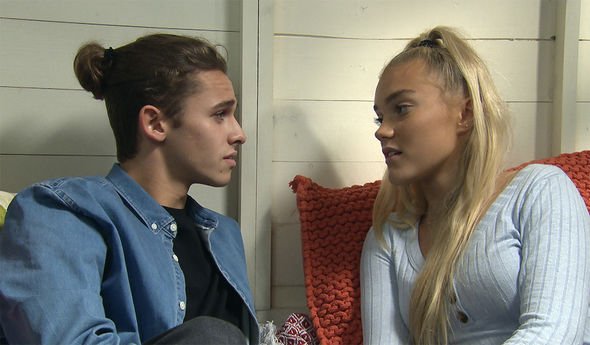 She looked like she had something on her mind, but things soon went from bad to worse as they clashed over the trashing of Leyla’s salon as he believed his jealous girlfriend had something to do with it.

Storming out, she told him not to talk to her, leaving Jacob worried that their relationship is over.

But is there more to it?

Could Leanna have found something out during lockdown that she desperately needs to tell Jacob?

A teen pregnancy bombshell hasn’t rocked the village for quite some time, but it would sure cause quite the ruckus between the two families.

Jacob had the fright of his life when it was announced Maya was pregnant after being released from prison.

With everyone unsure whether she was carrying his or David’s baby, it’s safe to say it was a turbulent time for the family.

David and Leyla were concerned about Jacob becoming a father at such a young age, not to mention fathering a child with a pedophile.

But if it turns out Leanna is also pregnant, how will they both cope?

Will they end up raising the child together with the support from both families?

Or will they end up terminating it, possibly destroying their relationship once and for all?