Emmerdale spoilers: Cain Dingle’s murderous revenge on Nate revealed as he sets out to punish Moira

HELL hath no fury like a Dingle scorned, especially one named Cain who’s just discovered his wife has been sleeping with her farmhand.

In tonight’s hour-long Emmerdale, fans will see Cain arrive at the hotel where Nate and Moira spent the night, leaving the cheating couple feeling very uncomfortable. 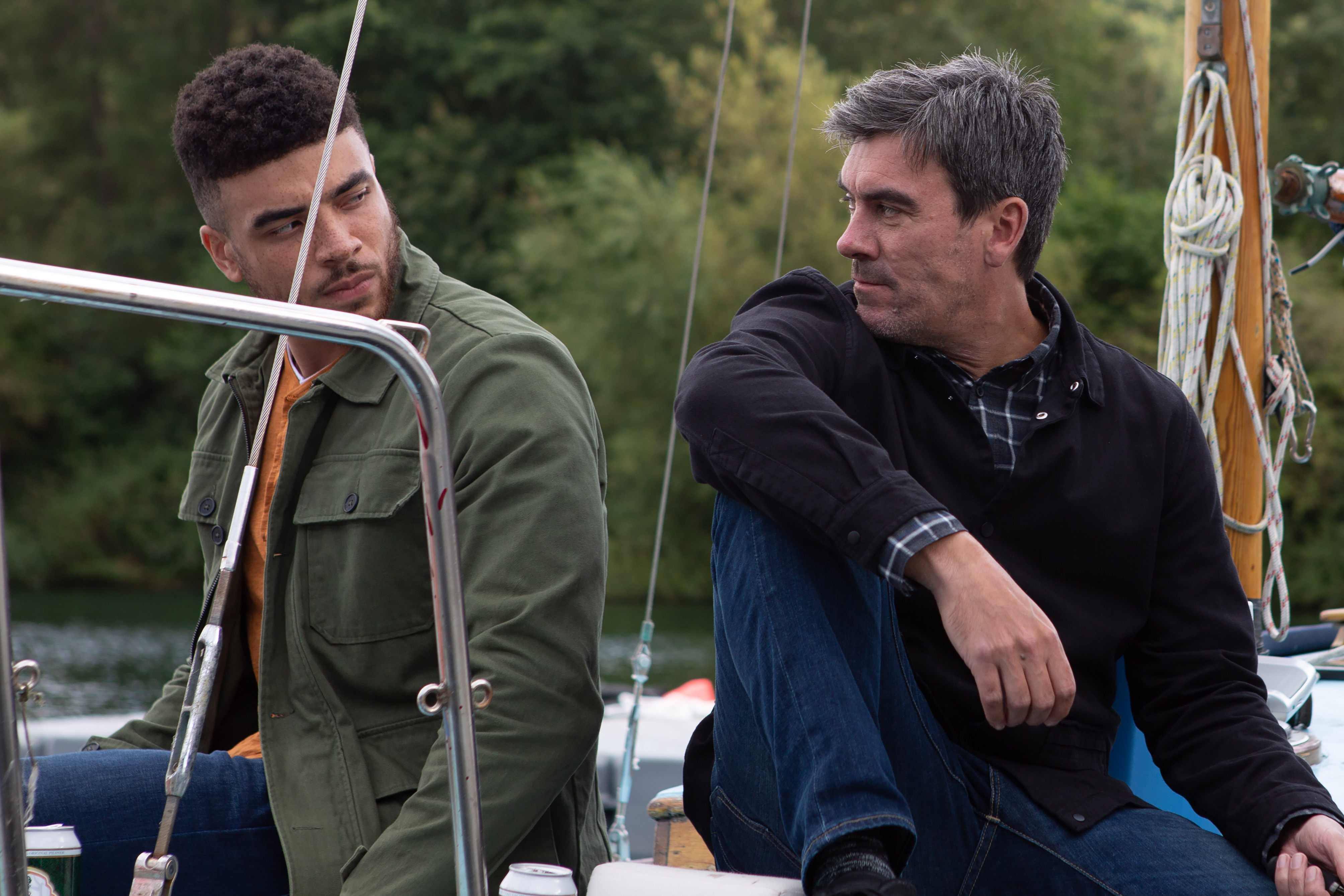 He’ll then coerce them to get in his car, leaving them stunned when he reveals he’s hired a boat so they can all go fishing. How nice.

But obviously fishing is the last thing on Cain’s mind and he soon confronts Nate about sleeping with Moira.

As Cain takes Nate to task, the hunky farmhand reveals that he’s been having an affair with Moira.

The two men come to blows, battling it out on the tiny boat.

A murderous Cain then picks up a plank, preparing to finish the job.

Will he really kill Nate? There’s also a shocking moment when Nate reveals his true identity to Cain.

Last night viewers were sickened when a furious Cain tied up and tortured Pete Barton.

The mechanic – who is played by actor Jeff Hordley in the ITV soap – was furious when his mum Faith told him Moira had been having an affair and jumped to the conclusion it was Pete.

Viewers know Nate is the one Moira is sleeping with but Cain didn't discover the truth until he literally beat it out of Pete.

After sending Moira and Nate away, Cain lured Pete back to the farm and jumped him, knocking him unconscious in the farm.

He momentarily thought he had killed him and despite the guilt he felt after thinking he had murdered Joe, Cain instead said he wanted him to live so he could murder him properly.

Cain tied Pete to the chair and threw cold water on him before the torture began.

Pete tried to get out of the situation warning Cain that he would expose Moira's killing of his mum Emma.

"Where's Moira? Cain it's not me. I'm your mate. Think about it for once, think about what you're doing. Talk to your wife."

Pete was then left seriously bleeding after Cain's beating as he screamed for help.

Pete gave in and told Cain everything: "There was a text message, they were at it, there was no other explanation, I tried to make her see sense. It's Nate."