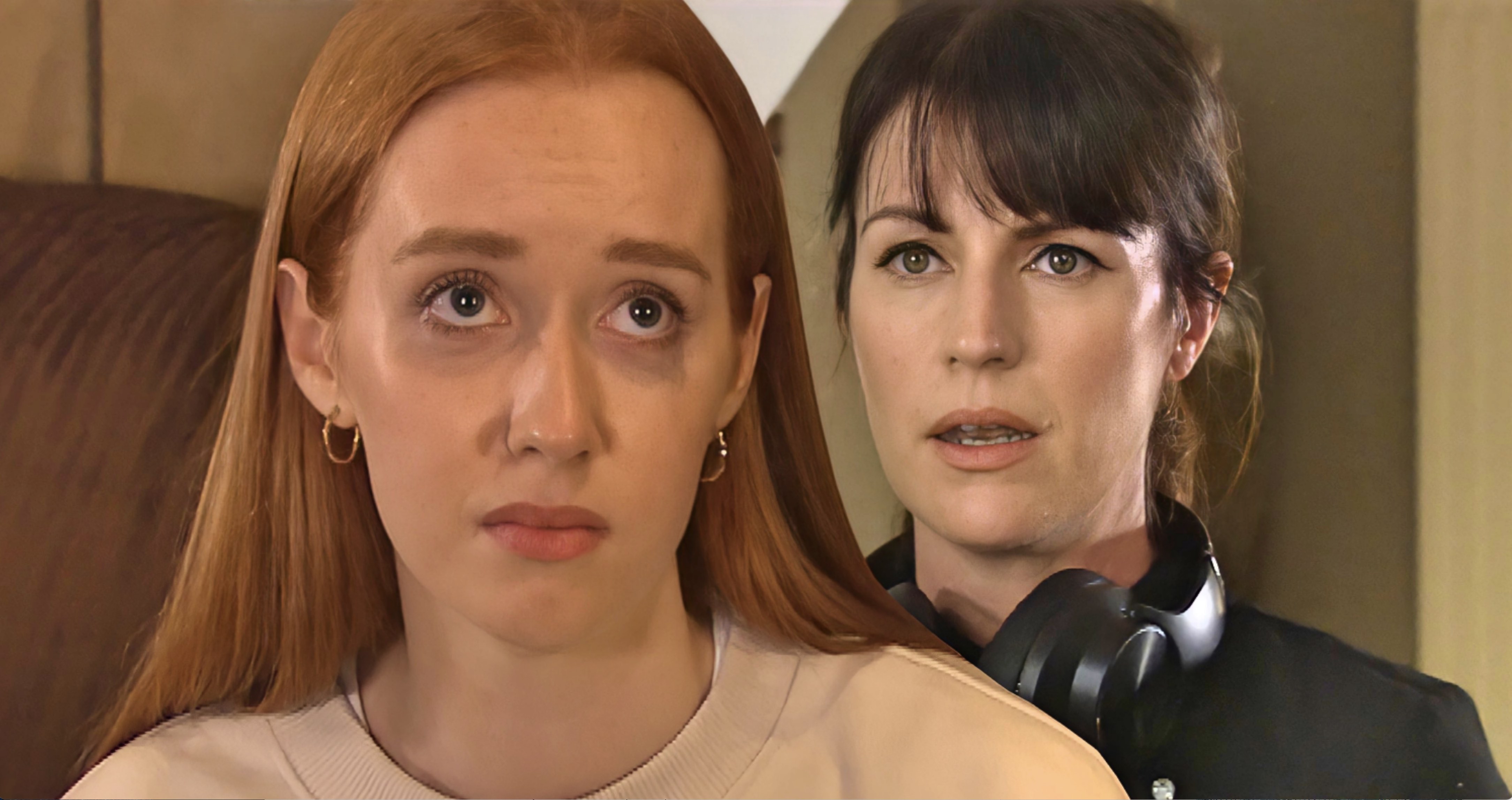 Chloe Harris (Jessie Elland) has been harbouring secrets about her family since rocking up in Emmerdale, but all has now been revealed.

Their efforts, however, were foiled by a maid, who turned out to be none other than Kerry Wyatt (Laura Norton)!

Kerry was insistent that Charity return the items she stole, insinuating that there could be trouble ahead if she did not.

Chloe made an appearance, prompting Charity to cover her tracks, claiming that she’d popped in to see her while out on a hike. Kerry backed up Charity’s story, and thus Chloe was none-the-wiser.

It was clear, however, that there was more going on than meets the eye. And before long, all was revealed.

The subsequent conversation revealed that Chloe’s mum is dead, and her dad is in prison – and he’s not the kind of bloke you’d want to mess with, seemingly.

‘What’s the worst my dad can do from prison?’, asked Chloe.

Kerry, unnerved, replied: ‘A lot. He can do a lot from there. So if you really do think those kids are amazing, then you know what you need to do.’

‘Forget that I ever met them’, responded Chloe, much to Kerry’s relief.

It’s clear that her father is a dangerous man.

The question is: why is he in prison? And why is he insistent on keeping such a close eye on everything via CCTV cameras?