Emmerdale: Go behind the scenes in the village

Clemmie (played by Mabel Addison) is currently in the care of Dawn Fletcher (Olivia Bromley) and resides at Home Farm. Dawn is anxiously waiting for a visit from social services to see how well Clemmie is settling in. However, after Kim Tate (Claire King) kicked Clemmie out for her granddaughter Millie (Willow Bell), Clemmie began to act up in spite, biting Millie. Fans have now branded the youngster as “evil” and theorised she will become the village’s next big killer.

The pair were arts-and-crafting, but Millie was proving unable to share and she even broke some of Johnny’s belongings.

Dawn was shocked when Kim stated that Clemmie might not be staying long-term anyway, but Gabby Thomas (Rosie Bentham) suggests a new plan.

She offers for her and Thomas to move in with Bernice Blackstock (Samantha Giles) for while, which riles Kim up more knowing Clemmie is the real reason. 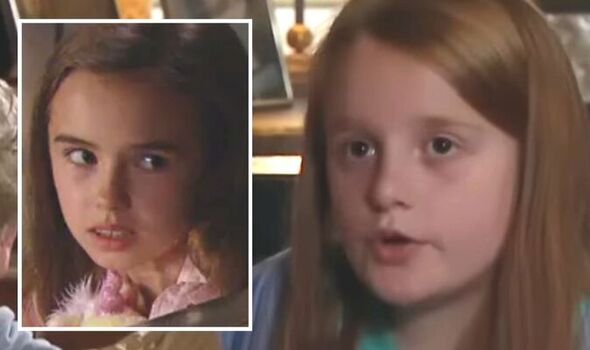 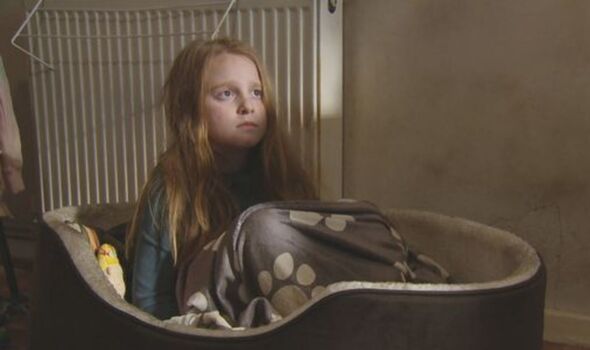 Dawn continues to reel that she still hasn’t had her social services visit, but Dawn beamed at the news Clemmie is going to be staying.

However, rushing over to the sound of a scream, they’re horrified when it seems Clemmie has bitten Millie.

Watching the scenes unfold and knowing that she has been struggling with the death of her mother, fans have begun to theorise that Clemmie will soon turn to violence.

Emmerdale fan and Twitter user Craig Barker commented: “I get the feeling that Clemmie is going to be like Damien from The Omen…” 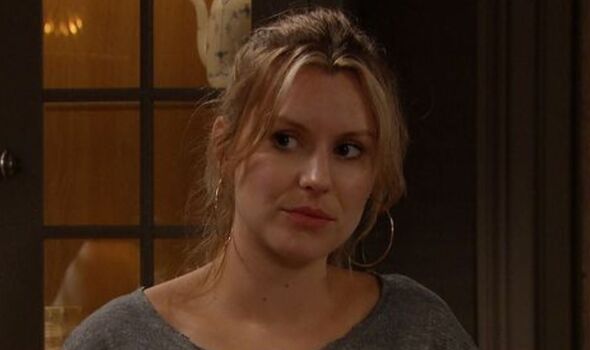 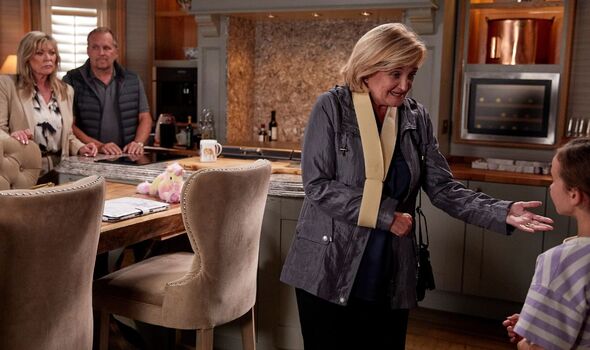 @mikepreistley13 agreed: “Clemmie is like Carrie! I mean I know she’s been through a lot but she still assaulted the lad!”

@Portomonza added: “How f***ing scary is Clemmie? I’m waiting for her head to start spinning round!”

@stevebethere echoed: “I think Clemmie will turn out to be the devil!”

@joy9kat likened Clemmie to Coronation Street youngster Hope Stape (Isabel Flanagan) and tweeted: “Clemmie is going to be another Hope!”

@ChewBarker78 exclaimed: “Clemmie, getting closer and closer to being the devil child, so evil.” (sic)

Is Clemmie secretly planning to worm her way into Home Farm and kick Millie out for good? Or are fans right in thinking she is capable of murder?

Emmerdale bosses have recently tipped Kim and Will Taylor (Dean Andrews) as ones to watch as the ITV soap heads towards its 50th-anniversary celebrations next month.

A deadly storm will hit the village in the birthday episodes, which centre around Kim and Will’s wedding.

Executive producer Jane Hudson recently teased: “Everyone’s involved. It would be easier to say who is not involved.

“There is Will’s wedding, so anyone connected to Kim and Will has a major part to play.”

Will Kim’s instinct be right about Clemmie before it’s too late?