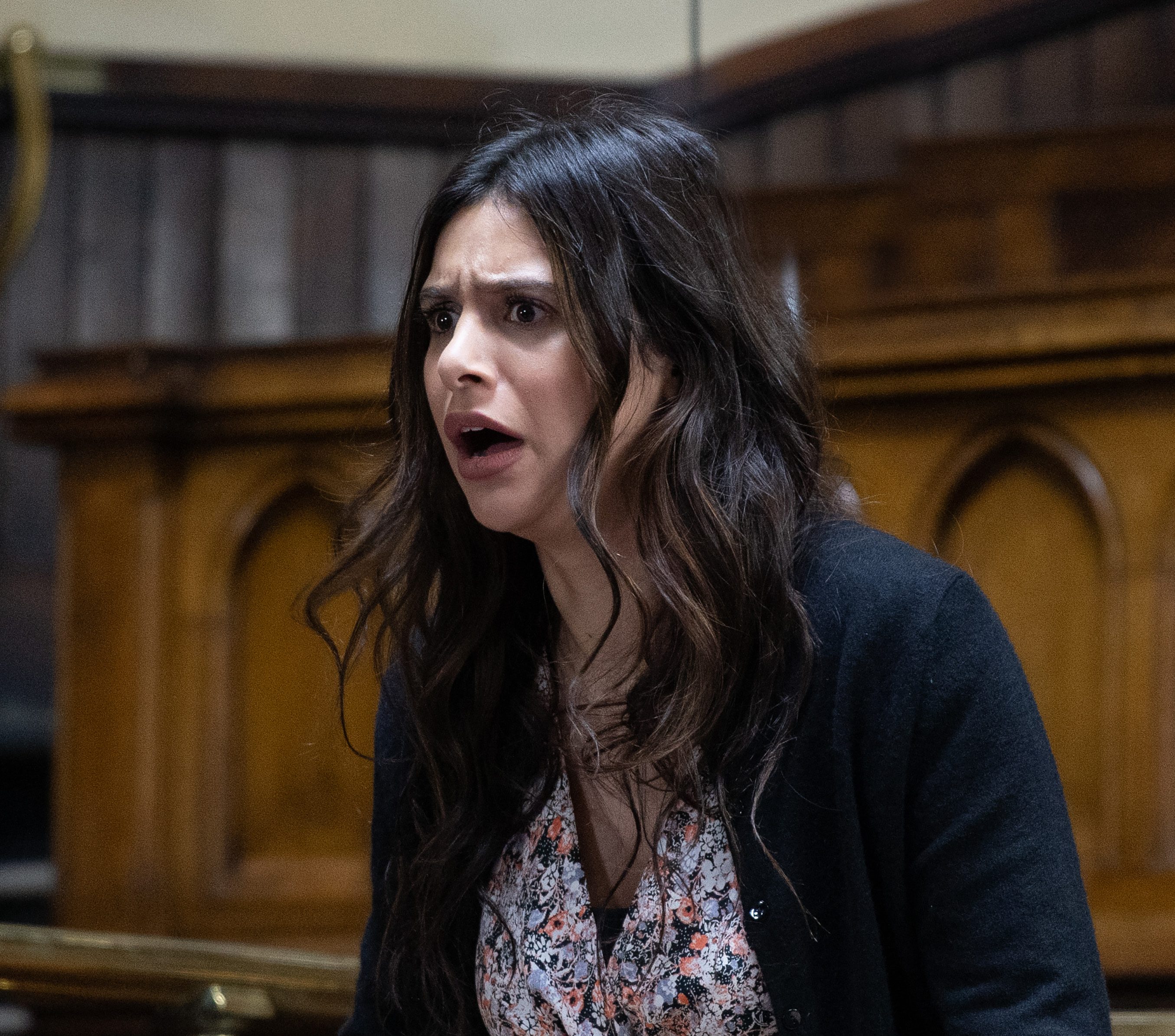 Emmerdale producer Kate Brooks has revealed why the show chose not to kill off serial killer Meena Jutla (Paige Sandhu) ahead of the character’s final scenes.

Meena has been found guilty of her lengthy list of senseless crimes – a verdict she was genuinely stunned to hear. The villain was confident that she would walk free after putting on the performance of a lifetime in order to convince the jury of her innocence.

But despite Meena’s efforts, everyone saw through her and she was taken away – though not before one last showdown.

As Emmerdale waves goodbye to the unforgettable character, Kate joined Metro.co.uk and other media for a chat about the storyline as a whole.

Asked if she believes the audience will enjoy the conclusion to Meena’s story, Kate replies: ‘Yes, I do. It is different, and we could have killed her off, or gone down many different routes, but how we have punished her and how she leaves the show is very fitting to her crimes and to her character.’

She adds that if Emmerdale had orchestrated a dramatic demise for Meena, the punishment wouldn’t quite have been worthy enough for her. It seems there’s only one thing that Meena really wants; and without it, she’s powerless.

‘If we take away the one thing that she craves more than anything in the world, which is attention and infamy; so once that is removed for Meena I don’t know what she has got left, and I think she realises that very quickly, it is so much worse for her than death.

‘I do think the audience will be satisfied, they have waited a long time for this, and with a serial killer storyline like this it can be a bit marmite. But ultimately people love to hate her, although people say “when is this going to end?” really they are really enjoying that ride to get there.’

Indeed, while fans have been gripped by Meena’s actions, just as many viewers have been wondering exactly when and how she would finally be brought to justice. Now that time has finally arrived.

Let’s not forget, Emmerdale has a notable history of killing off villains, from Cameron Murray (Dominic Power) to Emma Barton (Gillian Kearney) and Paul Ashdale (Reece Dinsdale). Meena, however, is such a unique character that, just as Kate declares, the prison setting couldn’t be more fitting.

Meena’s incarceration is the perfect way to wrap up the storyline. Letting her live makes much more sense and provides suitable closure to the long-running plot.

It’s certainly been a wild ride getting there!