EASTENDERS fans are convinced Iqra Ahmed and Tina Carter are going to have a steamy affair.

The food truck manager and the barmaid were shown getting closer in last night's episode as Iqra pitched for the Prince Albert's food business. 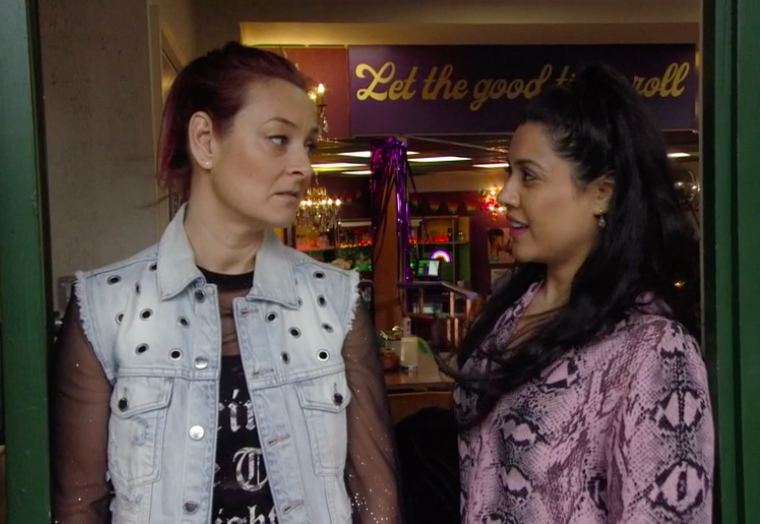 Iqra even noticed Tina's backpack and sleeping bag hidden behind the bar and asked her if she was sleeping there.

But Tina brushed off her concern and claimed she was going to a music festival.

Later the pair spent all afternoon together trying and failing to stop Billy and Mitch from fighting.

Fans could see the chemistry between the two women and think Iqra is going to cheat on her girlfriend Ash with Tina. 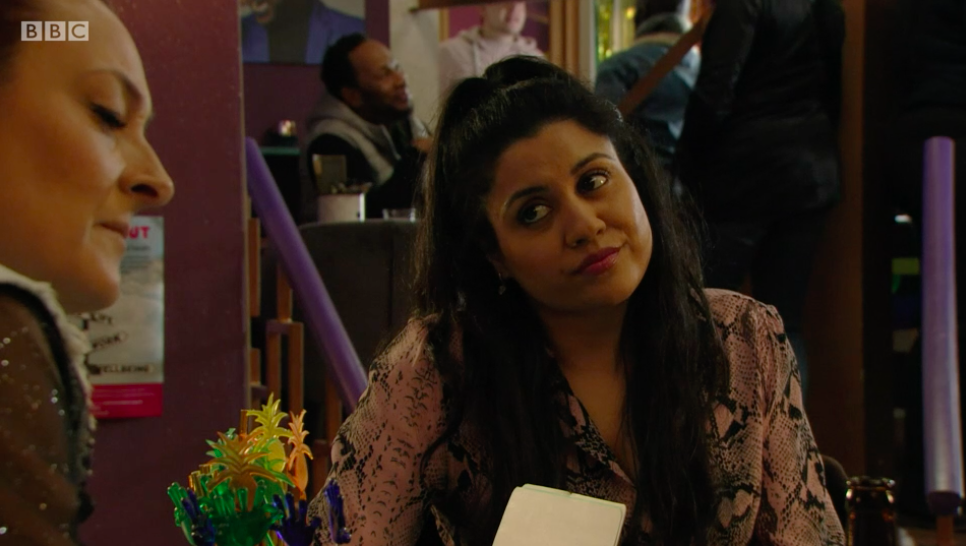 One wrote: "After that episode I believe Iqra and Tina are gonna have that affair but what makes her cheat on Ash that's the question?"

A second said: "I genuinely think Tina and Iqra are gonna get together, and I’m here for it #EastEnders"

Another added: "Tina and iqra have way more chemistry than ash and iqra #eastenders"

A fourth commented: "so tina and iqra's chemistry is through the roof"

Others are convinced Iqra is going to offer Tina one of her spare rooms to rent and that will spark the affair.

One said: "Tina is so moving in with Iqra and Habiba."

Another added: "like really how much of a stretch is it to imagine tina being like i have no where to live ! and iqra being like oh i have rooms to rent"

However fans will have to wait until September to discover the answers.