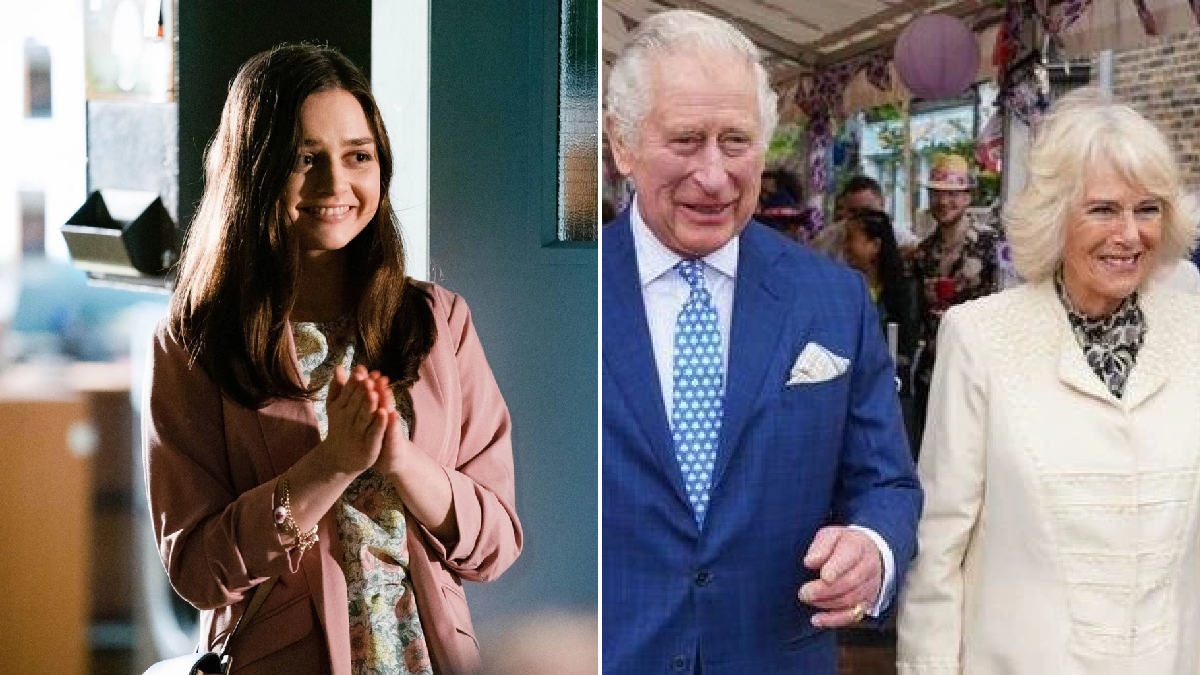 Walford is getting into the Platinum Jubilee spirit to celebrate the reign of the Queen.

No, not Sharon Watts (although this is a travesty) but, to mark the occasion, Prince Charles and the Duchess Of Cornwall, Camilla, filmed an EastEnders cameo and actress Barbara Smith has described the experience of having a chat with the Prince as ‘surreal’ and one of the ‘highlights of her career so far.’

The star, best known for playing kind hearted Dana Munroe on the soap, has shared that the royal couple met her both as Barbara and as Dana.

Although she insists that she played it way cooler than Dana.

‘It was so much fun!’ she enthused.

‘Knowing we had no script, so anything could happen, made it even more exciting!’

But the atmosphere on set was even more palpable on set than it was for the fictional residents of the Square, as Barbara told us.

‘Just before they arrived there was a bit of a blizzard and rain storm which completely took over one of our rehearsals – so we all had our fingers crossed that the sun would come out before their arrival!

‘Then, when it did just before they arrived, we were so happy that we all had a bit of a dance. The atmosphere was so special when they arrived, I think we all felt like we were making history.’

‘I got to meet Prince Charles during the meet and greet,’ she continued.

‘It was great to be able to talk to him as myself, and it was quite a different experience to meeting him as Dana -I’m much more chilled out than she is!

‘He was really interested in how we film. The experience definitely goes down as one of the biggest moments in my career so far.’

Linda Carter (Kellie Bright) is in charge of welcoming the couple, naturally. And the residents are pretty agog that she has managed to land Charles and Camilla as guests of honour.

EastEnders airs the special Jubilee episode on Thursday June 2 at 7:30pm on BBC One.