EastEnders: A brick is launched through Queen Vic window

Sharon (played by Letitia Dean) was informed by Dotty Cotton (Millie Zero) earlier this year on EastEnders that Ian (Adam Woodyatt) was behind her son Denny Rickman’s (Bleu Landau) death in February. The Queen Vic landlady decided to stand by her lifelong friend and refuted anyone who claimed the businessman could have been involved in the teenager’s demise. However, since the villain was attacked by an unknown Walford resident which led to him marrying the mother-of-two, she has been particularly shady. Following Tuesday’s edition of the BBC soap, fans are convinced she is working with someone else to bring her spouse down.

The moment from Tuesday’s episode of the weeknight serial drama which drew attention from viewers was when a brick was launched through the window of the Queen Vic.

Ian and his wife had been discussing how they were going to give her youngster son Albie the best Christmas ever when they were rudely interrupted.

Despite the authorities being called to follow up on the latest development in the landlord’s attack saga, there was no discussion if anyone on the market stall had seen who threw the object at the glass.

This prompted fans to question why no one had witnessed the dramatic moment as one wrote on Twitter: “How is there a street full of people working on the market stalls yet no one sees who threw a brick through the Vic window? #EastEnders.”

Another added: “Absolutely cackling at the fact someone supposedly threw that brick through the window and the market was packed yet no one saw a thing… #EastEnders.” 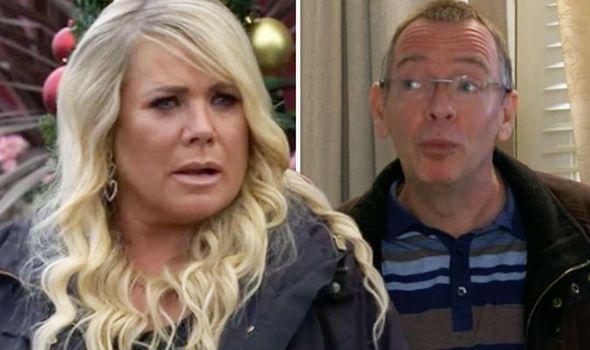 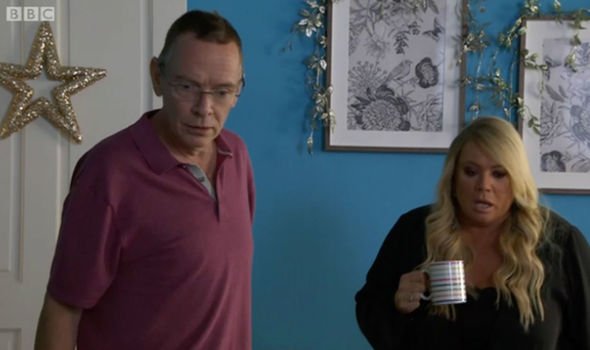 However, this led others to believe Dotty was behind the act of vandalism as she is supposed to be in Ireland so she could have donned a hoodie to carry out the crime.

If she were to have done this, it could suggest she is the landlady’s accomplice as a third viewer posted: “I’m still convinced it’s Sharon but now think she is working with Dotty #EastEnders.”

A fourth remarked: “I’m certain it was Dotty that attacked Ian #EastEnders,” whilst a fifth noticed: “Sharon is looking shifty #EastEnders.”

The mother-of-two would have needed to be in the Queen Vic with her husband to make sure she wasn’t labelled a suspect in the attack storyline. 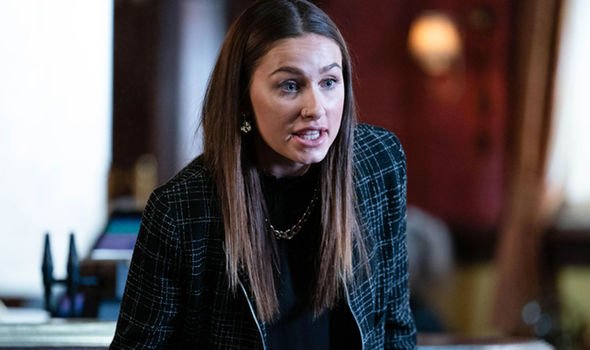 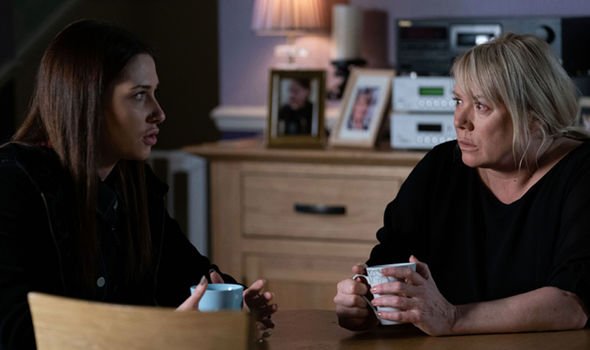 Thinking back all the way to September when Sharon learnt the truth about her son’s death, she could have thrown Dotty out of the pub to make it seem she was on Ian’s side.

In fact, the landlady and the teenager could have been in cahoots the whole time and planned for the youngster to tell everyone she was going to Ireland to rule her out of the drama.

This would mean the two women would have been able to carry out the attack on the businessman with no evidence coming back on them.

Whilst the mother-of-two plays the doting wife, her accomplice would have been able to terrorise the villain from the shadows.

By the time Dotty then returns to Walford, she will have been away long enough to throw the scent off her completely.

With Sharon also married to Ian, she is in line to inherit his fortune if anything were to ever happen to him.

If the businessman does end up six feet under, could the mother-of-two end up sharing the money with the youngster for her handy work?

Or, will the women be found out by the father-of-three before they have a chance to enact their revenge for him killing Denny?

At the moment, Tina Carter (Luisa Bradshaw-White) is in the frame for attacking Ian after the pair had an altercation on the night he was left for dead.

The traumatised Walford resident is set to be charged with attempted murder, although the investigation continues as to who the real assailant is.

Max Branning (Jake Wood) was seen burying a weapon he believed was used to pummel his arch-nemesis, thinking his mistress Linda Carter (Kellie Bright) could have dealt the killer blow.

Peter Beale (Dayle Hudson) and Ben Mitchell (Max Bowden) have also been embroiled into the storyline, but are any of them really guilty?

EastEnders continues Christmas Eve at 8:15pm on BBC One.