EastEnders spoilers: Phil Mitchell shot as he tries to save son Ben – will he survive?

Upcoming scenes will see Phil (played by Steve McFadden) tell Ben (Max Bowden) that he should sit out the job as his lack of hearing could have disastrous consequences. However when he spots the EastEnders hardman in danger, Ben decides he can’t look the other way and jumps into action. But his rescue doesn’t work out as planned as Ben finds himself in perilous danger, which may lead to his dad’s death.

When the day of Ben and Phil’s job arrives, the young Mitchell is distracted when he spots Lola Pearce (Danielle Harold) talking to Peter Beale (Dayle Hudson).

Watching the pair together, Ben doesn’t take notice of his surroundings and he nearly gets hit by a car.

Suspicious about what they were talking about, Ben rushes over to question Lola but his pal Jay Brown (Jamie Borthwick) steps in to defend his partner.

Returning home, Ben and Phil go through their plan for the job but when the young Mitchell struggles to hear, his father gets frustrated. 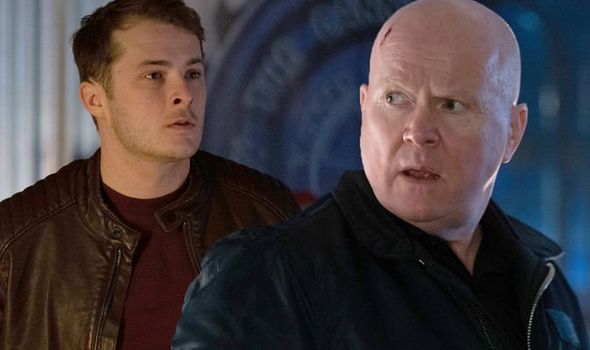 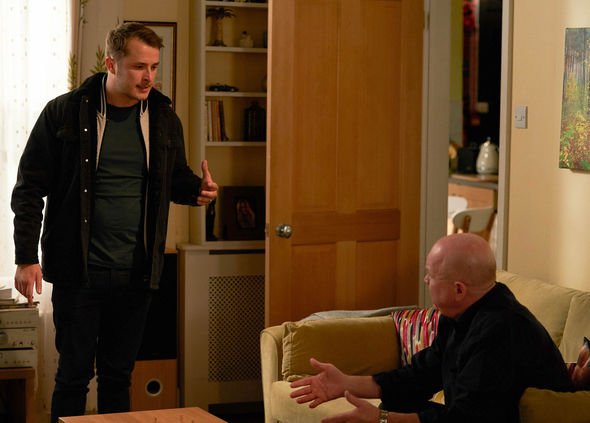 Wanting to impress his dad and make it clear he is serious about getting the job for Danny done well, Ben presents a gun.

Furious over his son’s actions, which could put them both in danger, Phil snaps and tells Ben he can’t help anymore.

Ben storms off and decides to take his attention of his father’s frustration by working out what Lola is hiding.

However, he doesn’t get the chance as Jay confronts his friends and snaps at Ben for upsetting her earlier in the Square. 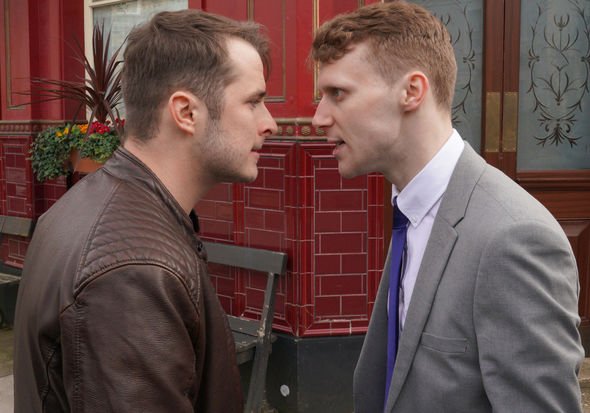 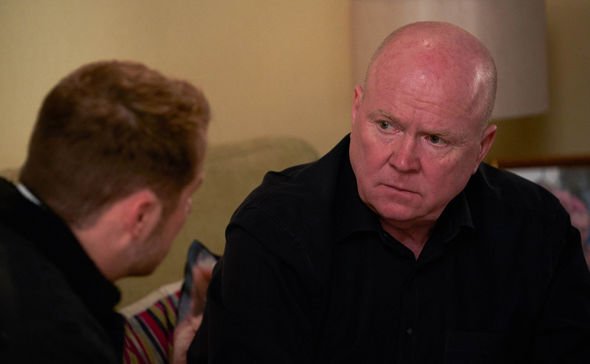 Ben is shocked to hear from Jay that Lola had an abortion and blamed him for doing so.

Horrified by her accusations, Ben heads to the salon and drags Lola out into the street and demands to know why she blamed him.

Lola eventually admits she slept with Peter and ended up pregnant as a result of their one-night stand and didn’t want Jay to find out.

Ben lashes out at Lola for betraying his best friend before heading to the Prince Albert where he gets drunk.

Wanting to take his anger out on Peter, he searches for him in the Square but he’s stopped when he spots a van following Danny and Phil on the way to their job.

Worried his father could be in trouble, Ben decides to take Gray Atkins’ (Toby-Alexander Smith) car from the Arches garage and follow them.

After changing the number plate, he rushes to the warehouse to alert his father.

When he arrives, the job is well underway but the situation spirals out of control when someone pulls a gun on Ben and he makes a horrifying discovery.

When Phil realises his son is in trouble, he will no doubt lose control and do what he can to sae him.

The future Queen Vic landlord didn’t want his son near the job as he felt he’d get into trouble due to his hearing loss and he’ll devastated to find he could be killed.

After recently losing Denny Rickman (Bleu Landau), Phil will no doubt stop at nothing to save his first-born.

Could he end up being shot as he rushes to save Ben from being killed?

EastEnders airs Monday at 8pm and Tuesday at 7.30pm on BBC One.