EastEnders viewers have watched Dotty Cotton (played by Milly Zero) flirt with evil Leo King in recent episodes as she’s been seen helping out on the market. However, could she end up in danger after she gets too close to Walford’s newest villain?

Leo has made an impact since he came onto the scene a few months ago, and quickly charmed Whitney Dean (Shona McGarty) on her honeymoon.

The pair formed a romance, which seemed to be going well until Leo’s real identity emerged – he is the son of Whitney’s abuser Tony King (Chris Coghill).

Whitney has struggled to deal with Leo’s presence on the Square as he has continued to make her life difficult as he tries to get revenge after his dad’s death, which he blames on Whitney and her family.

Recent episodes saw him up his game as he managed to bag himself a stall the market, right by Whitney’s. 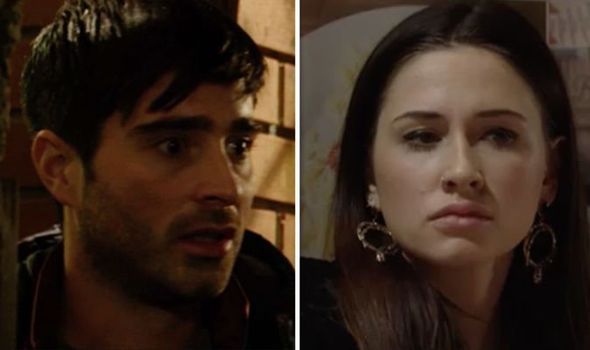 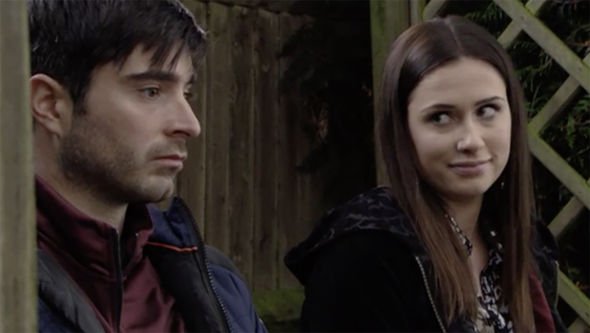 Although most residents have made him feel unwelcome, he has found a friend in the form of Dotty, who viewers have seen flirt with him this week.

The pair got into a row tonight after she brought up his dad but things took a romantic turn after she went to apologise – leading to the pair sharing a drink together.

However, things took an odd turn as it became clear that Leo had an ulterior motive for getting closer to Dotty.

As the pair were seen in the Vic together, Leo was having visions of his romantic interest appearing as Whitney as he encouraged her to tie her hair up. 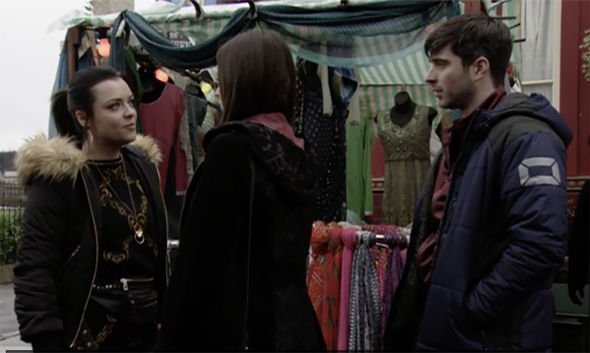 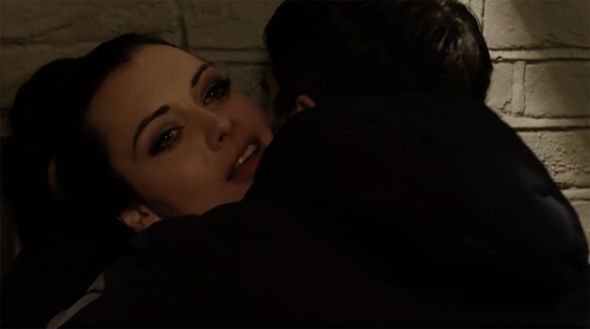 As he joined her for a drink, he joked: “Are you sure you want to be seen with Mr unpopular?

“Any idiot can be unpopular just means you’re ordinary,” she reassured him.

“You’re full of surprises aren’t you?” he told her.

Later on, the pair shared a kiss, but Dotty soon realised what he was really up to after he accidentally called her Whit.

She stormed back into the Fowler household, telling Martin: “He’s a creep, a complete creep.

“Why don’t you just tie your hair up and I did it like an idiot.”

She told him she was referring to Leo as a concerned Martin asked the teen: “Has he hurt you?”

“He kissed me and then he called me Whit, how sick is that?” she hit back.

“All I was to him is some pathetic substitute because he can’t have the real thing. How stupid does that make me?”

Martin has promised to look after Whitney after Leo decided to prop up a stall on the market as he upped his stalking.

However, Dotty is not in his good books after the pair have continued to clash – what will happen if she ends up in danger?

Dotty is unlikely to back down, and she may well be drawn in by Leo’s evil charm.

As has already been hinted, could he cause her harm as he mistakes her for Whitney again as he continues to seek revenge?

EastEnders continues on Monday at 8pm on BBC One