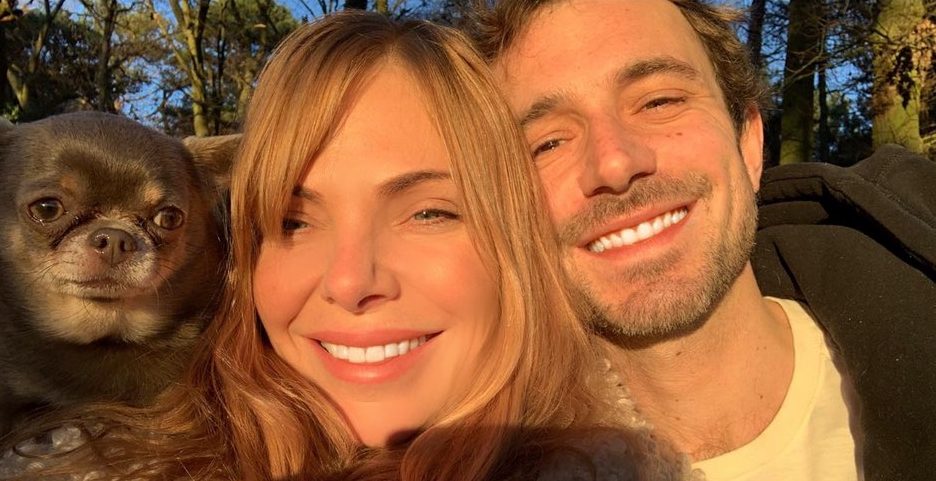 The rumoured lovebirds starred together in the 2019 stage adaptation of The Girl On The Train and have remained close since.

However, sources claim their relationship has turned romantic recently, almost a year after Samantha announced the end of her marriage to Mark Womack.

An insider told The Sun: ‘Samantha’s chemistry with Oliver was clear to see on stage and they remained close after the production.

‘They couldn’t be happier and have loved dating away from the public eye. They’ve met each other’s families and it all feels very natural. They’re totally smitten with each other.’

The source claims Samantha’s ex-husband Mark is also ‘happy for her too’ and that it’s all ‘very grown-up and modern’ between the former spouses.

Samantha, 48, fuelled rumours of her romance with Oliver, 38, on Friday when she shared cute photos of her and the actor together, with the caption: ‘It is!!!!! How could you tell ? Here’s some funny ones of his gorgeous face,’ in response to a fan’s comment.