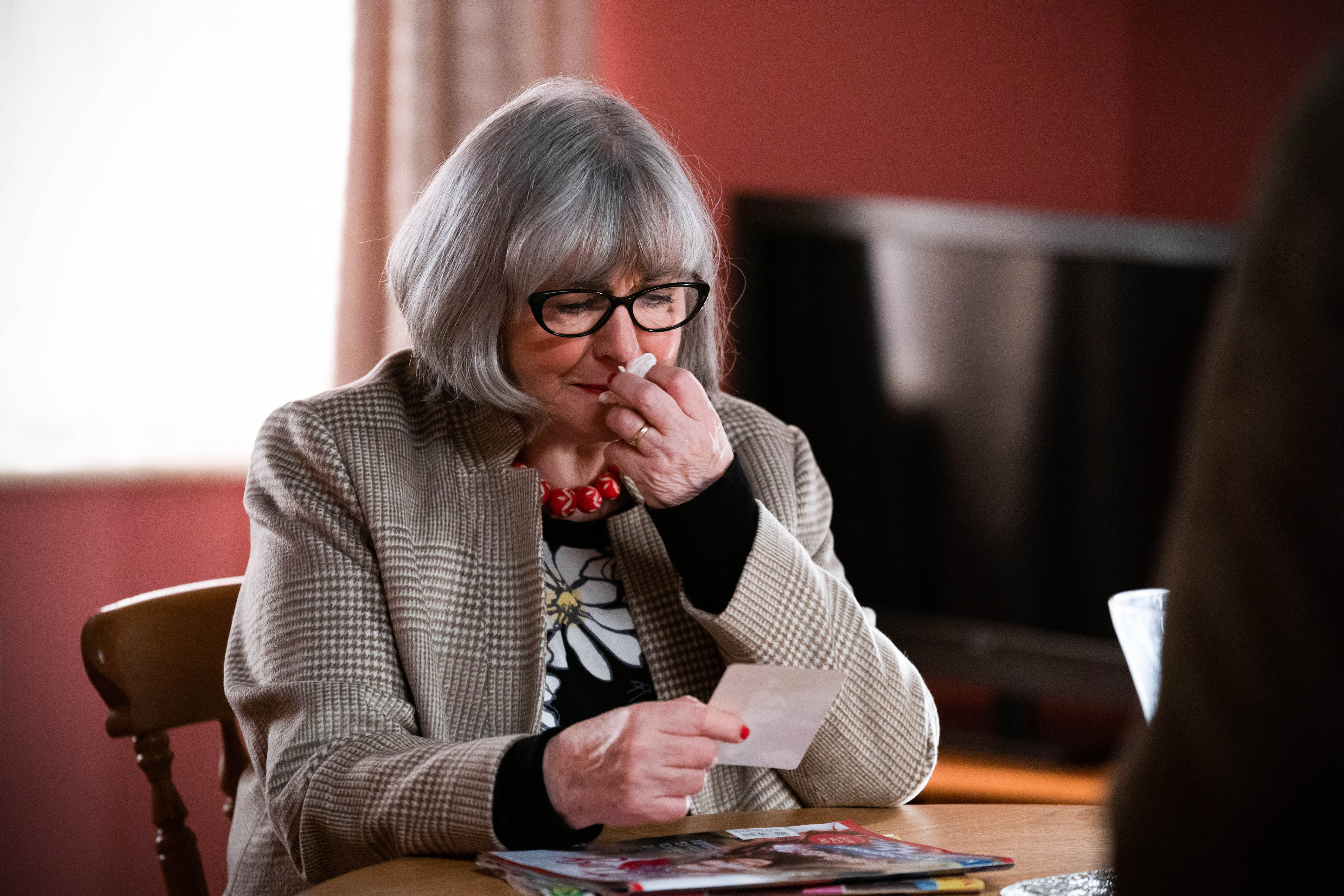 Vi Highway (Gwen Taylor) has been on the verge of tears in EastEnders since discovering that all of her personal belongings had been sold by vile son Jonno.

The items in question later turned up on Billy Mitchell’s (Perry Fenwick) market stall following a house clearance, and Stuart (Ricky Champ) was confused when he set his sights on them.

Returning his nan’s treasured belongings to her, Stu waste little time in quizzing her on how Billy came into possession of them, prompting Rainie (Tanya Franks) to reveal all.

It’s safe to say Stuart was livid, and he set out to teach Jonno a lesson. Vi, however, demanded that he leave well enough alone, reminding him that – despite everything – Jonno is still her son.

She hunted through her belongings, and it soon became apparent that she was looking for something in particular, which unfortunately wasn’t there.

Afterwards, Vi quizzed Billy on the whereabouts of a children’s book, which he confirms he sold to Kim Fox (Tameka Empson).

Thursday’s (November 4) edition of the BBC One soap sees Vi confront Kim, asking for the item to be returned to her. Kim, however, refuses to part with it.

Patrick, meanwhile, takes a closer look at the book, and his interest is piqued by one photograph in particular.

As revealed in the pictures above, the Walford stalwart heads over to the flat above the funeral parlour to speak to Vi in the wake of his discovery.

He asks about the photograph, and Vi subsequently struggles to hold back the tears, as she breaks down, before admitting the truth.

The question is: just what is it that Vi reveals?

What’s more, just why does this book mean so much to her?

EastEnders airs these scenes Thursday November 4 at 7:30pm on BBC One.