EastEnders POLL: Which family should take over the Queen Vic? Vote here

EastEnders residents Mick Carter (played by Danny Dyer) and Linda (Kellie Bright) have had a turbulent few months in Albert Square. They narrowly avoided the decision to go ahead with their looming divorce after they encountered the life-changing boat crash, which has brought them back closer together. However, with Linda set to turn to the bottle once more, Mick will make the difficult choice to leave the Queen Vic behind – but who should replace them behind the bar?

Linda ended up on a downward spiral late last year after her son Ollie (Harry Farr) was diagnosed with autism.

She turned to the bottle after struggling to cope with the newfound pressures facing her tight-knit family.

Things quickly got out of control for the landlady after she faced a drunk-driving charge when she backed into one of the school mum’s cars.

However, things went from bad to worse when she failed to stop her habits, leading to her life hanging in the balance over the festive period.

She became embroiled in the drama surrounding the disappearance of Keanu Taylor (Danny Walters) after ending up in Martin Fowler’s (James Bye) van by chance, who was later revealed to have survived. 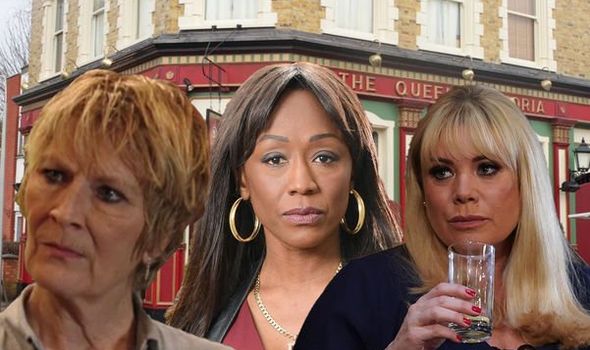 Seeing his wife was not coping, Mick suggested a variety of methods to try and get her back on track but she failed to keep off the booze.

Last month’s boat crash provided a much-needed turning point, acting as a trigger for Linda to change and she has been attending AA meetings since to try and get a hold on her addiction.

Mick has been impressed with his wife’s progress but she is soon set to make another slip-up, which will lead him to take new measures – leaving the Queen Vic behind.

Now, as the question is beginning to arise as to who should replace the pair, there are many names floating around – but who will end up with the keys? 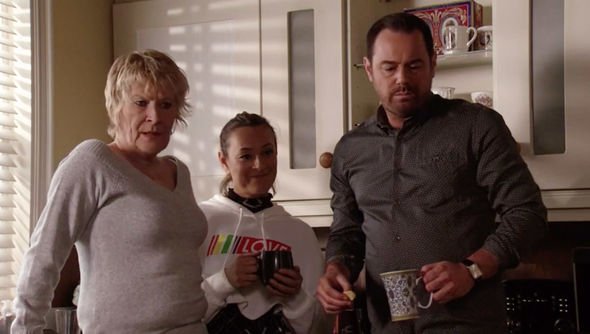 One popular option amongst viewers is Sharon Mitchell (Leitita Dean), who was recently left devastated after her young son Dennis (Bleu Landau) passed away.

The Vic acted as Sharon’s childhood home whilst being under the ownership of Den (Leslie Grantham) and Angie Watts (Anita Dobson), so there is a huge amount of history there for the grieving mother.

Could it be just the thing she needs to try and take her mind off the heartbreaking events surrounding her son’s death?

With an increasing amount of established couples in Walford, perhaps one of them could end up taking on the role.

Jack Branning (Scott Maslen) and Denise Fox (Diane Parish) are one of the more steady relationships in the Square, and look to be going from strength to strength.

The pair are on good terms with the majority of the Square, and there seems to be no sign of cracks in their relationship – could this make them the ideal partnership?

With Ruby recently taking over E20, the business-savvy resident could well decide to take on another new venture and put a bid in to take ownership of the pub.

Or, could this be a sign of an upcoming return for Stacey Fowler (Lacey Turner), who might end up taking charge of The Vic with her estranged husband Martin?

It’s likely the pair will manage to patch things up as fans know Martin never cheated on his wife as previously claimed, and there is much unfinished business.

They could easily use this as an opportunity to bring them closer together as Stacey is set to return later this year.

However, Mick might decide to keep things in the family and hand over the responsibilities to his mum, Linda Carter (Shirley Henry).

Fans would surely love to see Shirley in charge of The Vic and she is well-acquainted with the day-to-day running of the pub, which would make her an ideal candidate.

However, could it be a hint of a new family arriving in Walford? The Vic has, in the past, been an excuse for the soap to bring in a brand new family to take the reins.

Long-term fans of the BBC soap will know Mick and Linda were introduced in the same circumstances, could there be a repeat of history and some new faces in the iconic pub?

EastEnders airs Monday at 8pm and Tuesday at 7.30pm on BBC One.