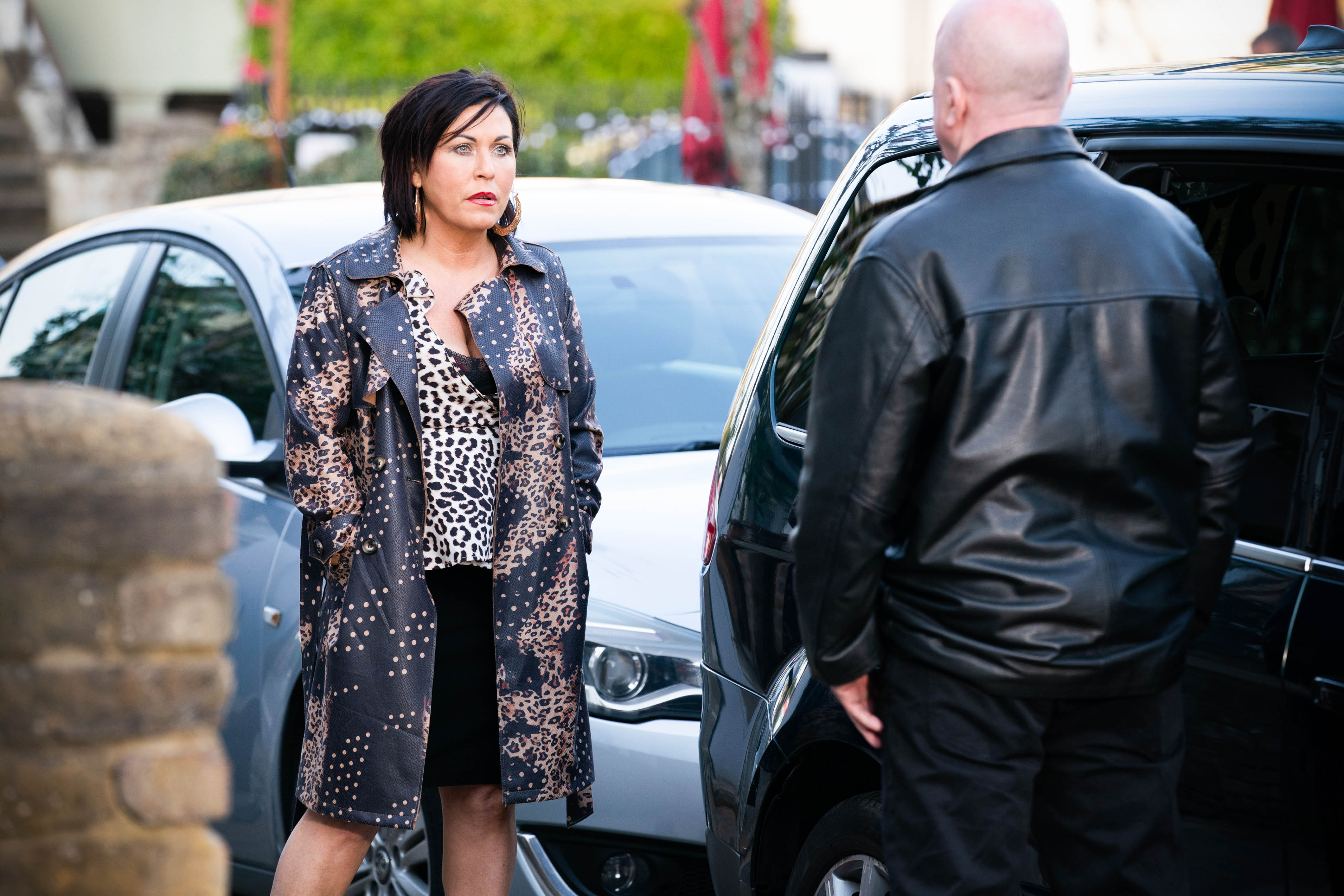 Isaac Baptiste’s (Stevie Basaula) storyline has been handled brilliantly by EastEnders, aided by Antonio Ferreira, who has lived the experience of Isaac and helped support the storyline. He recently wrote a piece about how well EastEnders are portraying it and many others have commented similar.

But tonight, a baffling scene threatened to undermine the work done on this story and appeared to throw characterisation under the bus.

Some of Jessie Wallace’s best performances have been Kat Slater’s input in many mental health storylines.

Kat’s backstory is haunted by child abuse, which left her shattered and with many demons.

Some of her most chilling episodes that made my hairs stand up were her torment in ‘You Ain’t My Muvva’ week and the time she bared her soul to June Whitfield’s nun character.

A lot of self loathing means Kat has constantly dealt with her mental health.

But, even more raw for Kat is seeing her family first hand go through ordeals.

She has lived with Jean and Stacey’s (Gillian Wright and Lacey Turner) bipolar and she has supported them through the hardest times and witnessed them when things reached crisis point. Stacey was sectioned after scaling the roof of the Queen Vic with a baby, something that no relative in real life would ever forget.

Kat and Jean have had a close relationship throughout and Jean’s bipolar has been a running theme. These mental health storylines were done so incredibly well by EastEnders.

I have bipolar myself, recently diagnosed and it made such sense, and I reflected on those episodes, watching clips again and taking myself back to how raw it all was and now realising just how accurate and relatable it was.

Kat was pinnacle and would stand up for both her family members fiercely if anyone disparaged them over their conditions.

Then let’s not forget that it was Kat who talked a despaired Hayley down when she contemplated suicide and she will be totally aware of how close Sean was to suicide too.

So what’s my point?

Would someone with Kat’s experiences stand by and not challenge someone – especially her lover – when they attributed slurs ‘nutter’ and ‘maniac’ after a schizophrenic experienced a severe relapse?

Of course she wouldn’t. She’d smack his bald head around the room.

So why did she let Phil Mitchell (Steve McFadden) off the hook for making such comments about Isaac. Kat sat and listened, apparantely unoffened by his rant and only warning him that Sheree (Suzette Llewellyn) was in earshot.

Where was her explosion at Phil for being so ignorant. The comment was pretty much in character for Phil but the whole point soaps should use slurs like that is showing they exist but are out of order and are challenged.

The final green light of this script should never have made the cut and the continuity and characterisation of Kat has been hugely damaged as a result.

Where is the Kat we know? Why does every woman have to be in Phil’s shadow and become meek when he needs called out?

The Kat we know and love would have been horrified by Phil’s comments as would anyone who has went through what Kat has. Please EastEnders, don’t damage the best storyline you have right now by undermining it in this way.

Remember who your characters are, remember their previous experiences and work it into the narrative; it’s a blow to the audience to see such a huge miss like this.