Dynasty, the modern reboot of the camp classic TV series, returned its for second season premiere in the US last night (October 12), and thankfully didn’t waste time in resolving the cliffhanger from the season one finale: what happened to Cristal Carrington?

Basically, she’s dead. Being shot and then trapped in a burning building will probably do that to you.

Actress Nathalie Kelley previously confirmed that she wouldn’t be back for the sophomore season, but teased that the writers may just put her in a coma or something. 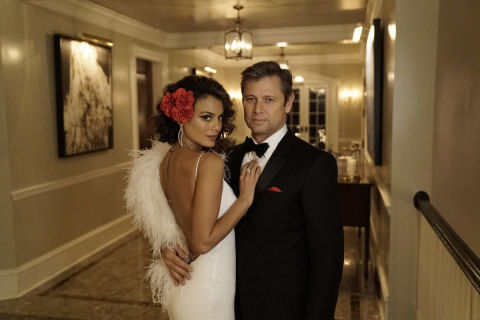 But don’t worry, because there’s now another character called Cristal in the mix. Cristal Jennings, a health centre worker in Arizona, made her debut in the episode and it seems she has quite the interest in the Carrington family – especially Blake.

Her friend recommends that she pose as the ‘real’ Cristal, which we’re sure will end well. 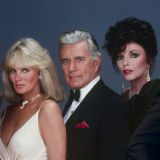 Elsewhere, Fallon’s fake marriage to Liam is complicated by the fact that she has accepted Michael Culhane’s proposal, Alexis has sex with Hank and Blake learns that Steven is going to become a father.

Viewers were glad that the show is back, and seemed to enjoy the first episode of the new season, although there was definitely a Cristal Carrington shaped hole in proceedings.

Dynasty airs on The CW in the US, while Netflix streams the show in the UK.