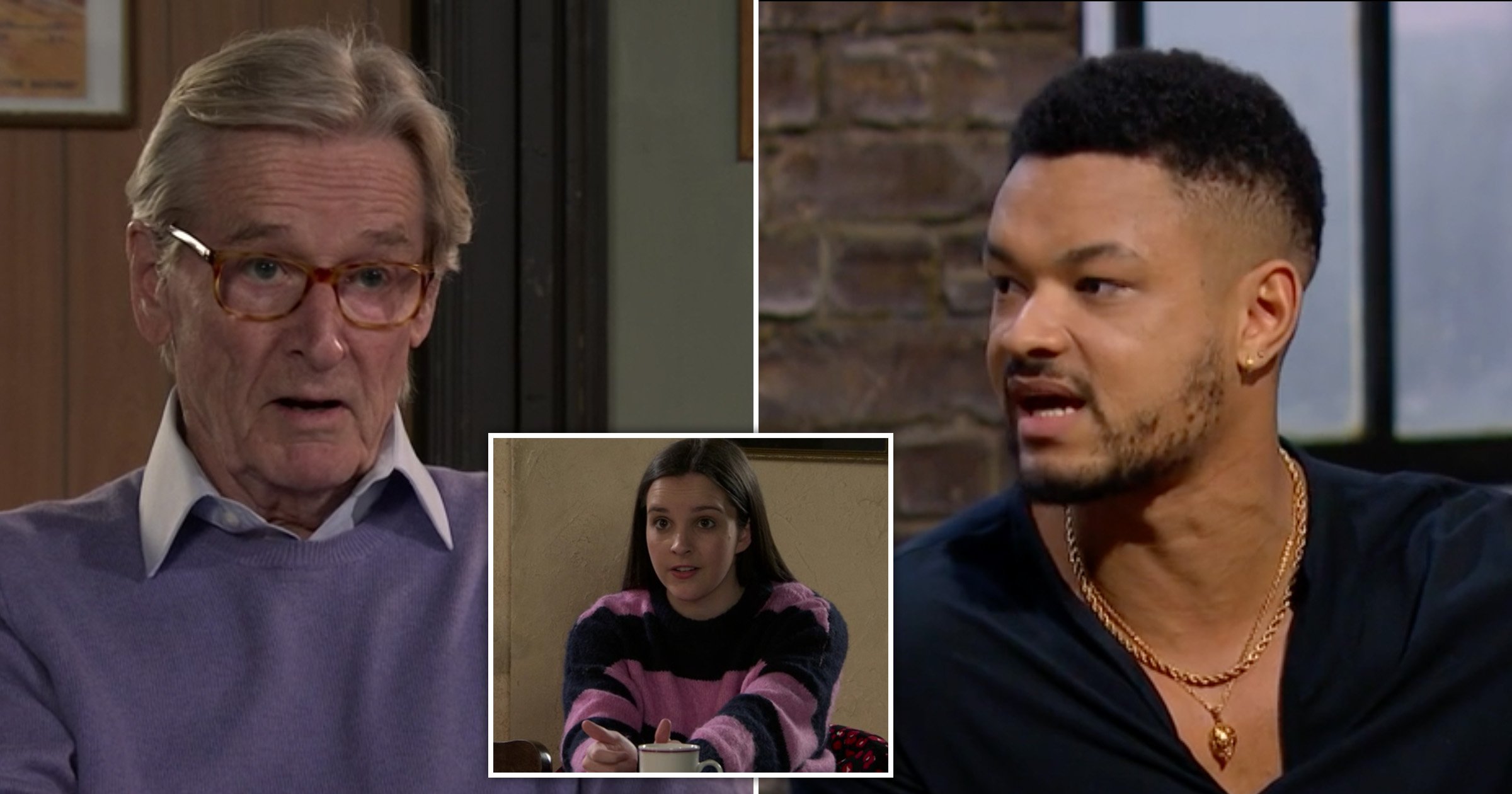 Dragons’ Den star Steven Bartlett was flattered and slightly disturbed to be described as having ‘the body of a young God’ in Monday’s installment of Coronation Street.

In the opening scene of the hour-long episode, Amy Barlow (Elle Mulvaney) was seen educating her granddad, Ken (William Roache) – who was clearly struggling to recall the multimillionaire’s name.

However, it was Shona Platt’s (Julia Goulding) response that left Amy, and Steven himself, wincing.

‘Oh, I like him. He’s got an old soul and the body of a young God,’ she added before taking a rather suggestive deep breath.

Realising the longing look on her face, she said: ‘Sorry, you crack on!’

The Diary of a CEO founder opted for a humble approach when he shared the clip on Twitter, simply commenting: ‘Ummm excuse me what????

‘This really weirded me out … and I don’t know why was sent to me on Whatsapp by a friends mum,’ he added.

We’re sure he was flattered, really…

Fans quickly responded to the hilarious shout-out, as one tweeted: ‘Steven, If this is not your new bio description in the next hour I will be very disappointed.’

‘You know you have made it when you are mentioned on #corrie!’ another added.

Given his background, Steven has quite a large following on social media.

His YouTube channel, The Diary Of A CEO, has 159k subscribers and shows the recording of his podcast – which sees Steven chat to celebrities, fellow entrepreneurs and CEOs among other guests.

Matt Hancock, Molly-Mae Hague, Roman Kemp, and many more have given in-depth interviews on the podcast.