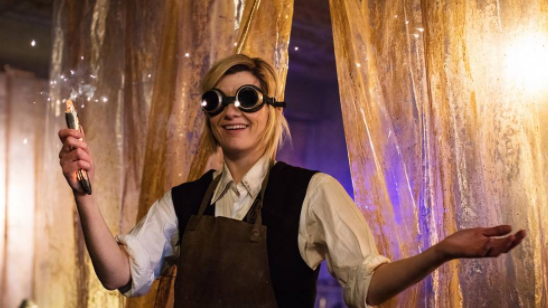 In one of her first tasks as the new Doctor, Jodie was seen building her own device from numerous metal spoons, in an impressive welding session.

The Doctor even joked it was made of "Sheffield steel" later on – with the actress hailing from Yorkshire herself.

However as the screwdriver was finally revealed on-screen, viewers were immediately distracted by its rather saucy appearance, which they were quick to joke about on Twitter. 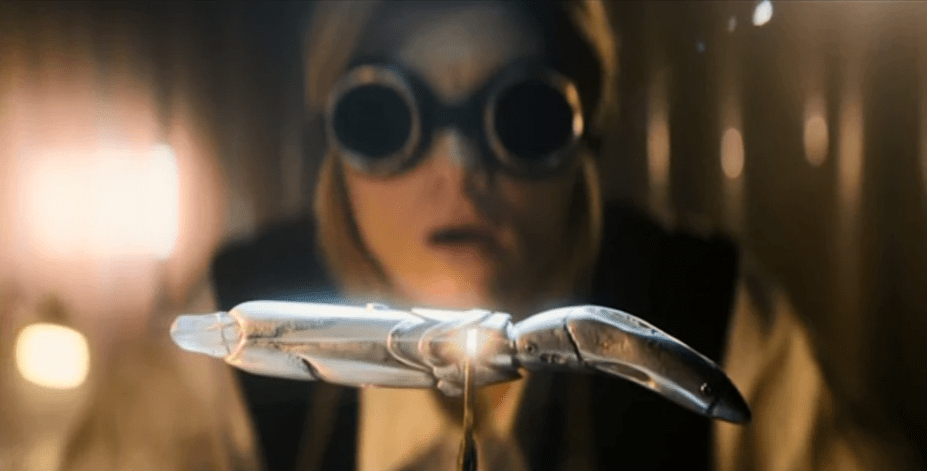 While a third said: "The Doctors new sonic screwdriver looks like a vibrator…she said its 'Multi purpose'."

While numerous others simply praised the Doctor for making the tool herself, writing: "She is building her own sonic screwdriver?! What a badass!"

And: "Just casually makes her own sonic screwdriver nbd."

Jodie's debut as the first female lead went down a storm with fans, who even branded her the "best Doctor ever".

Viewing figures for the episode matched up, with 8.2 million people tuning in – nearly 4 million more than the last series opener starring Peter Capaldi. The Broadchurch actress, who was confirmed as the first female Doctor in July last year, made her explosive entrance on the BBC series by crashing through a roof of a train.

She was then introduced to new companions Graham, played by Bradley Walsh, Ryan played by Tosin Cole and Yasmin, played by Mandip Gill, after she was ejected from her Tardis and fell into Sheffield.

The series continues next Sunday night, when fans will finally get their first look at the new title sequence, which was missing from the first show.