Homes Under the Hammer unveil renovation at Battersea flat

On Thursday, Homes Under the Hammer previewed a less-than-stellar property in the small town of Dennington. While Martin Roberts and Jacqui Joseph insisted there was still plenty that could be done to a dilapidated kitchen, he had an unfortunate accident with the flooring and had to take a minute to get his bearings.

Martin visited a home which was quite literally falling apart in the latest edition of Homes Under the Hammer.

Although the property was valued at around £100-120,000, much of the flooring was clearly beyond repair.

The presenter stepped cautiously around the messy kitchen as he explained the extent of the damage.

“All the floorboards seem to be a little bit dicey,” he said. 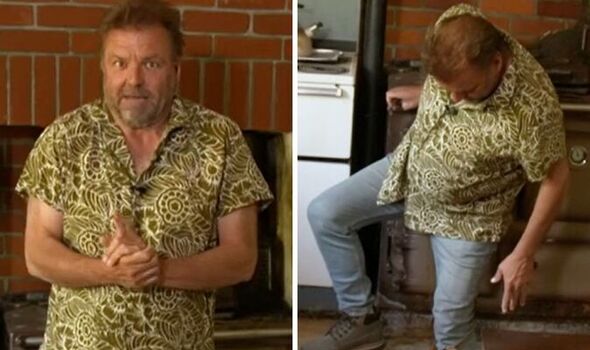 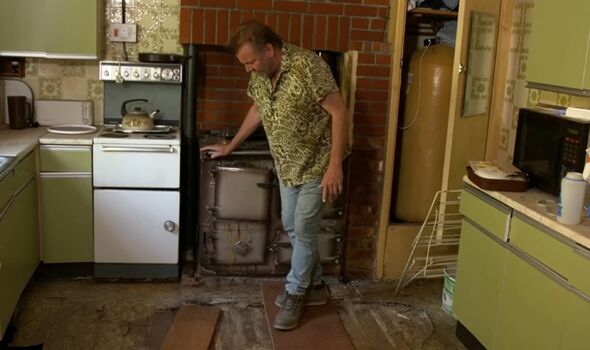 Just at that moment, Martin stepped down on the wrong part of the floor and his foot crashed through the wood.

Martin let out a gasp as he found himself almost knee-deep in the home’s foundations.

“Right,” he exclaimed as he collected himself and started to lift his foot out.

“Okay, as you can see,” Martin continued while he picked up a broken piece of wood. 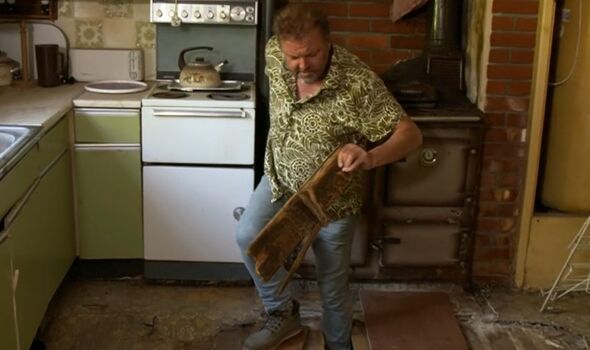 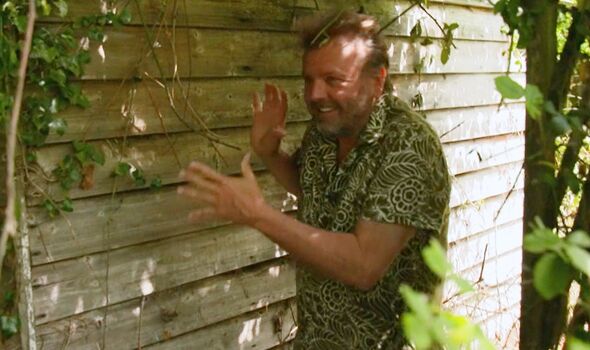 “You need to be careful when you’re looking around these kinds of properties.”

Martin clapped his hands together and was able to free himself from the unexpected trap.

Despite the disrepair of the Dennington property, co-presenter Jacqui still maintained the fixer-upper could have made for a comfortable home.

“If you look past the rotting floors this property had lots of potential,” she said.

“But when Martin dusted himself down and ventured outside, he found the garden was more like a jungle.”

Martin had yet another small accident when he peered through the archway into the garden and pricked his finger on a loose bramble.

“Perils of the job. What is happening today?” he shouted as he gesticulated towards the camera.

“Falling through floorboards, getting prickled by the brambles!”

Thankfully, he managed to laugh off the incident and quickly set about touring the overgrown garden.

However, Martin was unable to even see how big the yard was thanks to the tangled foliage, so the next owner will undoubtedly have several huge tasks on their hands.

Homes Under the Hammer airs weekdays at 11:15 on BBC One.