GB News presenter Darren Grimes had to intervene as former Brexit Party MP Ben Habib and former minister of state for Europe Danis MacShane butted heads over the significance of Brexit in light of the Prime Minister’s resignation as Conservative Party leader. As the debate became fiery, Macshane scolded Habib for “talking over” him.

It came as the two expressed differing views over Johnson’s impending exit.

“The Conservative Party is under real pressure, the one way to absolutely ensure electoral defeat is now to come back to the Brexit question,” Habib argued.

“Brexit has to be completed. I’m so glad Brendan [another guest] said it hasn’t yet been completed, it saves me the breath of having to say that but it hasn’t, you know.

“And there’s still a task to be done and the new leader has to get on and deliver that.” 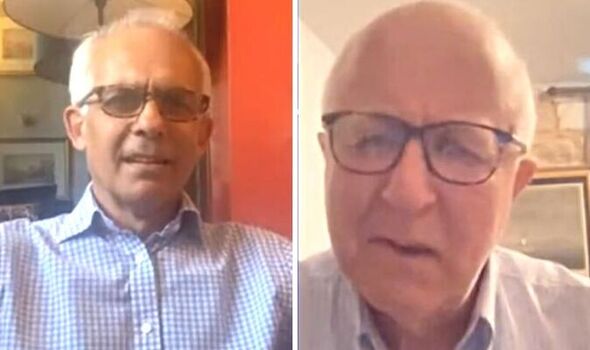 Denis responded: “I’m in France at the moment and all the French generals and admirals said how well they get on with their British opposite numbers.

“And to find defence terms we have to cooperate with our European allies.

“But listening to Ben and Brendan, they’re great guys but they remind me of the Russian revolution in 1917.

“In fact, Boris slightly reminds me of old Rasputin, remember him?” 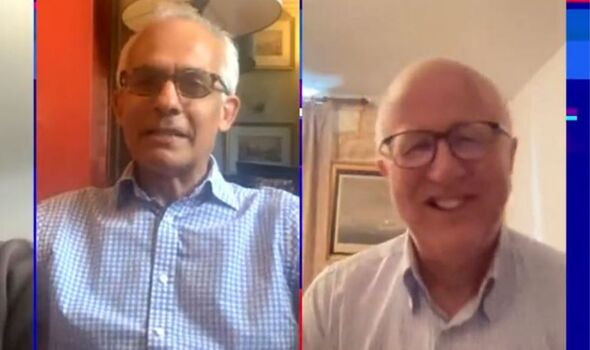 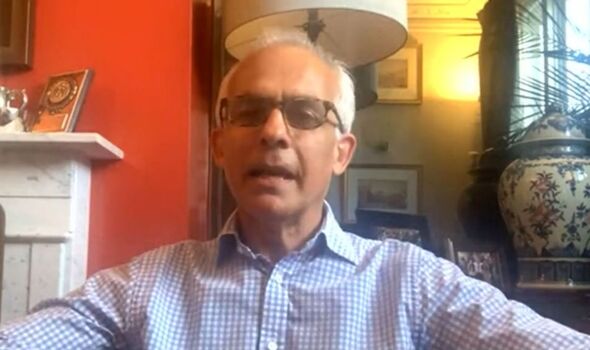 He continued: “Basically, the Russian revolution happened, what they said was, ‘They’re not revolutionary enough.

“I’m afraid you’re talking utter rubbish,” Habib cut in as the men began to talk over each other.

“You can’t use that analogy!” Habib fumed as Grimes once again asked him to allow MacShane to conclude his argument.

“Stop trying to diminish the importance of Brexit-” Habib began.

“I’m much younger than you, I’m more experienced.”

He added: “We saw yesterday Andrea Jenkins giving the Brexit side to the British people – I suggest you calmly talk to all the candidates and explain to them exactly what you want happening.

“More breaking with Europe, surrender to the DUP and Boris Jonson by all means, see how it works in the election.”