Does Meghan Markle Have To Curtsy To Prince Charles Now?

Meghan Markle was seen curtsying to Prince Charles during the Commonwealth Day service in London recently, but some were confused by her gesture since that’s not how the Duchess of Sussex typically greets her father-in-law. So why did Markle curtsy to the Prince of Wales?

Here’s the answer to that plus who else Markle curtsies to and who bows to her.

Why Markle curtsied to Prince Charles

On March 11, 2019, the made headlines for their interactions with one another when they were all gathered for the annual event at Westminster Abbey.

Prince Harry’s wife and her sister-in-law, Kate Middleton, did to their best to put rumors of a feud to rest as they hugged each other. After their friendly embrace, the Duchess of Cambridge gave Charles a double kiss on the cheek while Markle to him for what is believed to be the first time.

As the heir apparent, Charles outranks Markle as well as his two sons and Middleton, meaning that they would all bow or curtsy to him. However, the prince often ignores that rule and does not make his children or their wives bow and curtsy to him. That could change though when he becomes king.

According to Hello Magazine, the reason Markle curtsied to her father-in-law was likely due to the formal setting on the day of service.

Who the duchess curtsies to 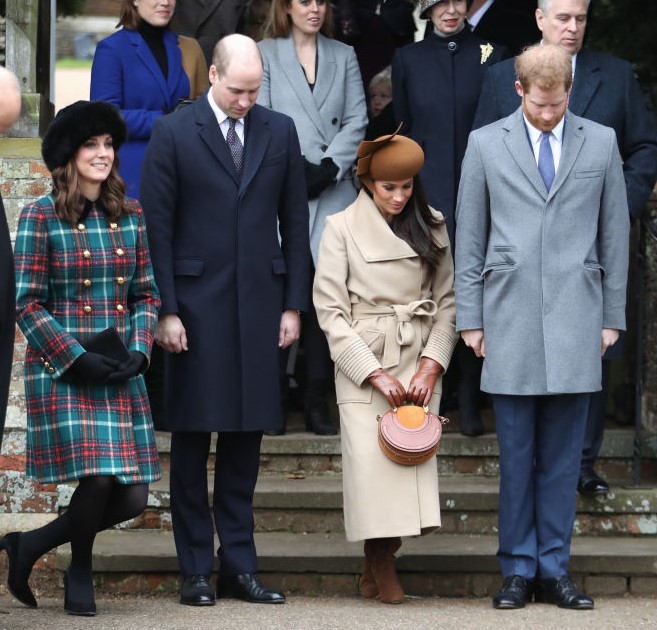 Markle must always curtsy to Queen Elizabeth II in public. This is the case for all members of the royal family as they must bow or curtsy to Her Majesty to show respect.

Myka Meier, founder and director of Beaumont Etiquette, previously told People that in addition to the queen of England and Prince Charles, some of the other people Markle could curtsy to would be Prince Philip and Camilla Parker Bowles. The former actress will also one day curtsy to Prince William and Middleton once he becomes king and she becomes queen consort.

The is expected to curtsy to her husband’s aunt Princess Anne, the queen’s cousin Princess Alexandra, and Prince Harry cousins, Princesses Beatrice and Eugenieas well. Even though Harry holds a higher rank than his aunt and cousins, the princesses are all related to the family by blood, which means Markle would have to show them respect.

Who curtsies to her?

Things aren’t that cut and dry though and differ depending on if the Duchess of Sussex’s husband is present or not.

If Markle and Harry are together, those same family members he outranks would then have to curtsy to her.

As for Princess Anne’s daughter, Zara Tindall, even though she is technically a blood princess, Markle would not have to bend a knee to her since she does not have a title. Instead, Tindall would actually curtsy to the duchess.