Did Nicole really die on Days of our Lives? 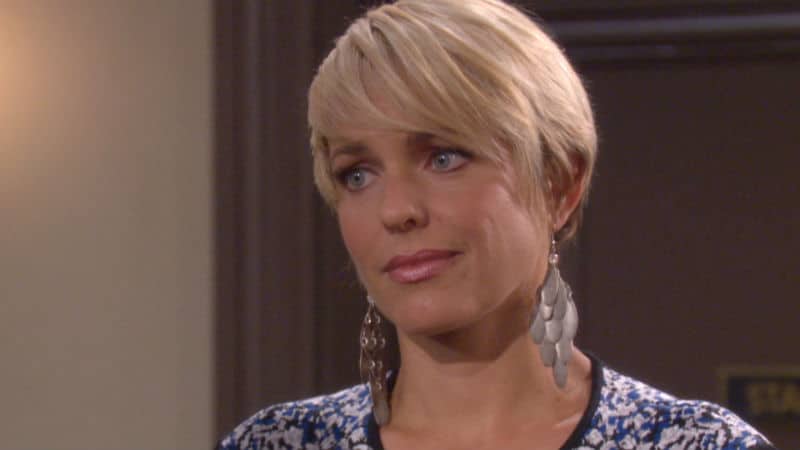 Days of our Lives fans watched in horror as Nicole (Arianne Zucker) was caught in the warehouse blast. There are so many questions and they are coming just in time for November sweeps in Salem.

So, did Nicole really die or will she be back at some point?

It looks like Days of our Lives has Nicole written as dead right now. Everyone is worried about what is going to happen to her baby, but will Eric (Greg Vaughan) step up? It looks like it.

When Sami is in Salem, you can count on some fun! #DAYS ?: @alisweeney

After finding out why Nicole left Salem, Eric went after her. This was their shot at true happiness, despite Xander (Paul Telfer) having married her. He was determined to get his girl and live the life he thought was out of his grasp.

The warehouse explosion caused chaos among other residents in Salem too. Not only did Nicole reportedly die, Eric almost lost his life as well.

There was speculation that one of the bodies in there was possibly E.J. DiMera (James Scott), but what happens now? Sami (Alison Sweeney) isn’t going to want to let things go, especially with the inkling her love could be alive.

Brady (Eric Martsolf) will carry guilt now that Nicole died without Eric getting another shot with her. She left town because of his blackmail and ended up in the position she was in. Unfortunately, rectifying it is no longer possible.

With the way soaps work, Nicole could be resurrected at any point. Days of our Lives could even write it like she escaped the warehouse with bad injuries and was taken somewhere to recover.

Strange things happen in the soap world and right now, sweeps are front and center.

Days of our Lives airs weekdays on NBC.