Did Ali Neeson kill Ronan Truman in Coronation Street and will he go to prison?

So did the trainee doctor kill the dangerous drug dealer? And will he get found out? Here’s the lowdown… 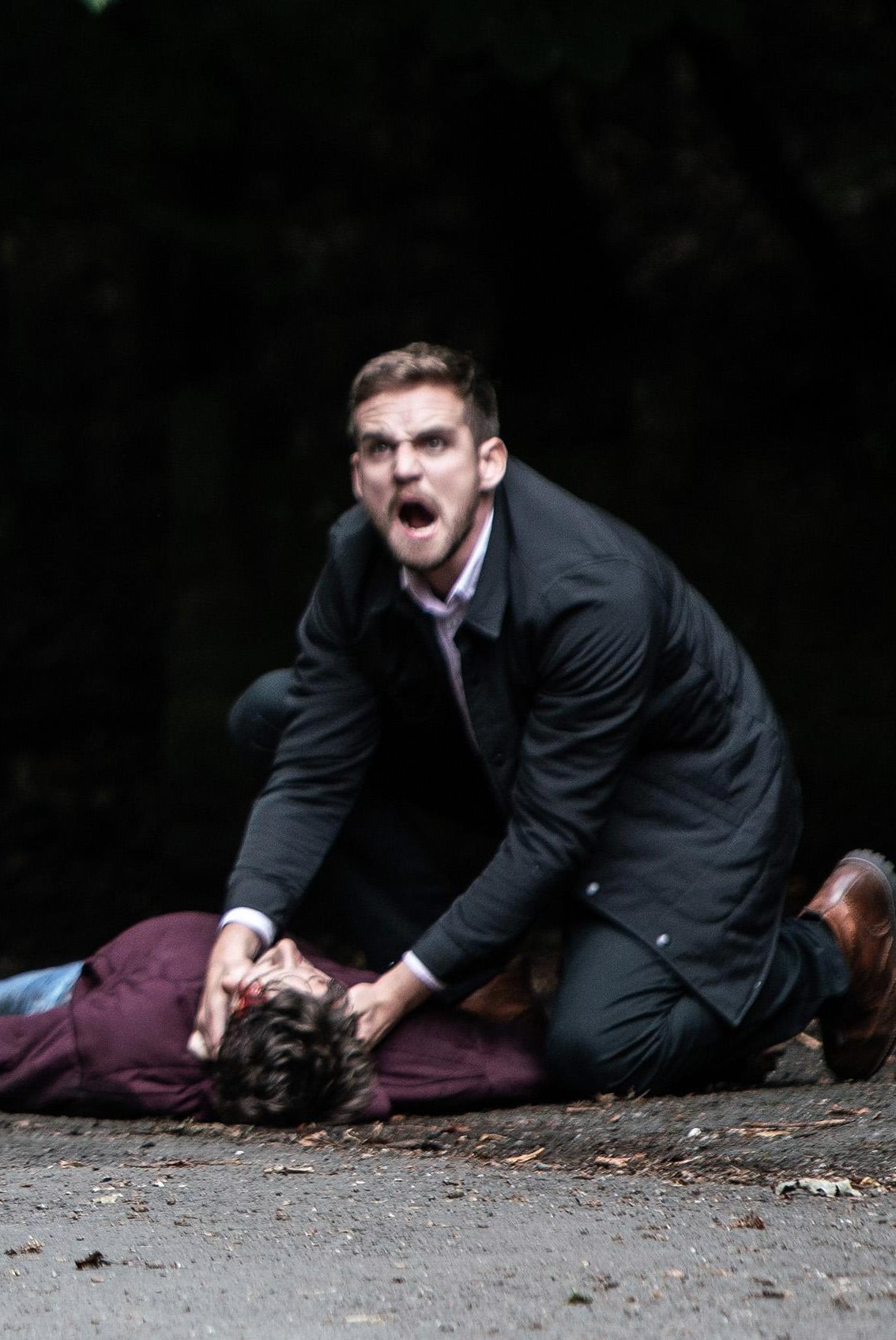 After helping Ryan and Leanne, Ali – played by James Burrows – headed over to Ronan’s car, his plan to help the gangster too.

He realised that Ronan had been impaled by something when his car smashed into a tree and told him that he couldn’t take it out because it was keeping him alive.

Ronan took the opportunity to question Ali as to why he left his son Cormac to die, but Ali told him that he’d tried to save him. But Ronan – despite being half dead – wasn’t convinced and reached for the gun stashed in his glove box.

Ali shut the glove box and then told Ronan that his vendetta against his family had to stop. He told the gangster that he might have killed Leanne and that Cormac was dead because he took dodgy drugs, nothing to do with him or Ryan.

But Ronan made it clear that it wasn’t over and that even if he went to prison, he knew people that would finish things off for him. He then added menacingly: ‘Say hi to your mum for me.’

Ali knew that there was only one way for their nightmare to be over and – after placing his hands over Ronan’s – pulled the fence post that was impaling Ronan out of his abdomen.

Will Ali go to prison for killing Ronan?

Clearly shaken by what he’d done Ali then lied to the paramedics arriving at the scene and said that Ronan had pulled the post out himself, even though Ali had told him not to. He even said that he tried to stop him.

Later, at the hospital Ali was still struggling with what he’d done when mum Michelle – Kym Marsh – turned on him, mistaking his shock for pity over Ronan’s death.

‘Don’t you dare feel sorry for him,’ she snapped at her stunned son. ‘We don’t even know if Leanne’s going to make it.’

She then blamed Ali for Ryan’s accident saying: ‘If you hadn’t stopped me getting out of that car, I could’ve saved Ryan. And then you went and treated Ronan when you could’ve been with him.’

A tearful Ali stormed off while the paramedic filled Robert in on what Ali had seen telling him Ronan had killed himself in front of him by pulling the fence post out of his body.

He later questioned Ali about what had happened but he denied having anything to do with Ronan’s death.

But will Ali be found out?

Pictures released by Coronation Street have shown the suspended doctor being questioned by terrifying DS MacKinnon so it’s possible that someone lets his secret slip to the police.

Ali has also been snapped on set with bottle of booze fuelling speculation that the character is set for a battle with alcohol in the coming months.

Could this have anything to do with taking a life rather than saving it?