The BBC will be airing its adaptation of Black Narcissus over the festive period with the dark mini-series playing out over a series of three nights. Black Narcissus follows a group of nuns tasked with converting an abandoned palace high up in the Himalayas into a school and a hospital while spreading the good word. Little do they know the arduous challenge lying ahead of them and how their faith and humanity will be tested to the limit.

However, the movie was subsequently hailed as a classic with the forthcoming series promising to pay tribute to its forebear.

Black Narcissus was initially a novel by Rumer Godden first published in 1939 but it was Powell and Pressburger’s silver screen rendering which made its mark.

The BBC in collaboration with American television network FX boasts a stellar cast including Jim Broadbent, Gemma Arterton as the young and ambitious mother superior Sister Clodagh, The Fall and Game of Thrones’ Aisling Franciosi, Gina McKee of Line of Duty fame and Kulvinder Ghir from Goodness Gracious Me. 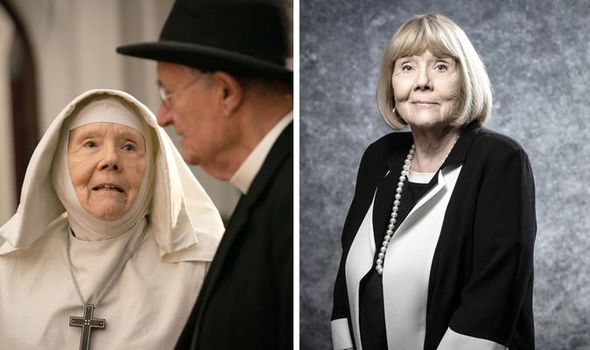 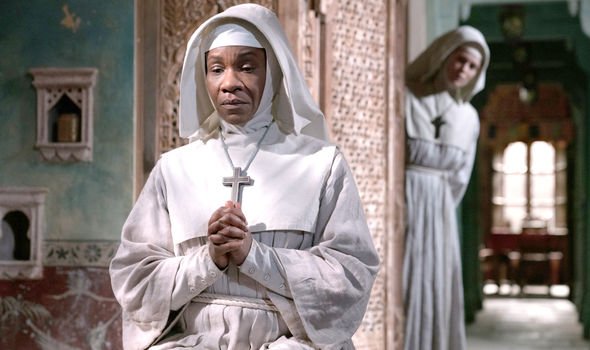 Also, in the cast is Dame Diana Rigg who plays Mother Dorothea, the senior nun who tells Sister Clodagh about the mission at Mopu and expresses her reservations about their future success – given a group of German monks fled the same place months earlier under mysterious circumstances.

Black Narcissus is one of Dame Diana’s final performances before she died on September 10, 2020 aged 82 after suffering from lung cancer.

Dame Diana had a distinguished career which saw her become a sex symbol thanks to her iconic performance as Emma Peel in The Avengers TV series as well as playing a Bond girl in the movie On Her Majesty’s Secret Service opposite George Lazenby’s 007.

She worked consistently throughout the years and more recently earned herself a new legion of fans the world over thanks to her searing portrayal of the acerbic matriarch and the self-styled Queen of Thorns Lady Olenna Tyrell in HBO’s fantasy epic Game of Thrones. 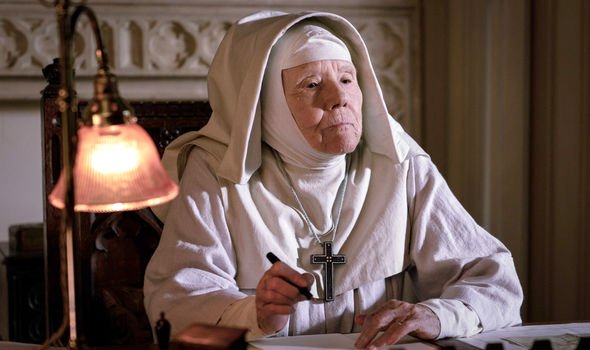 Along with Black Narcissus, Dame Diana will be posthumously featuring in the film Last Night in Soho, which is in post-production according to IMDb.

Although Bryson didn’t get the chance to work directly with Dame Diana, she did meet the veteran actress while filming the drama.

The Shameless and MotherFatherSon actress said she had “grown up” watching Dame Diana and described her as an “incredible actress” and “gorgeous”. 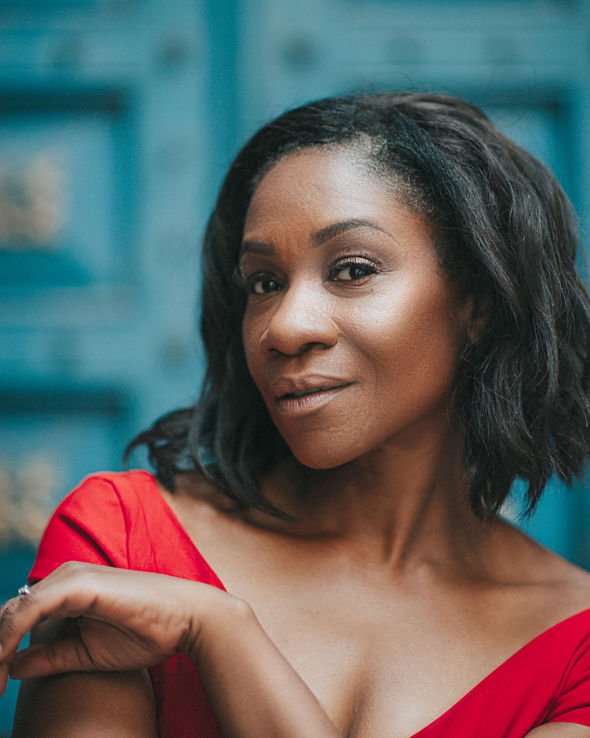 Bryson said she was “gutted” and “incredibly surprised” when she heard the news about Dame Diana’s death.

The star went on to say: “She looked amazing, funny, she’s a lovely team player. I was shocked. Yeah, I was absolutely gutted and that came as a huge shock.”

Bryson takes on Sister Philippa in Black Narcissus, who undergoes a spiritual awakening which ultimately proves devastating for the mission.

But she won’t be the only nun falling apart at the seams with each member of group going through their own psychological ordeals among the heady heights of the mountains.

The star teased: “All of the nuns are compromised when they hit the Himalayas. Sister Philippa is the one – I mean, they all go a little bit crazy because of their environment which unravels them – who is the calmest in her unravelling as it were.

“Her main problem is the beauty and mystery of the place which is taking her away from her vocation.

“Now, it’s really difficult for a contemporary audience to understand faith of that level. Nuns still exist but this is set in 1934 and there was a big reform with regards to convents and nuns in the 1960s, prior to that it was really, really strict.

“I believe that becoming a nun was a calling, so for Philippa that was something that was really close to her.”

Following her role in Black Narcissus, Bryson is going to be appearing in the hotly anticipated new series of Death in Paradise airing in 2021 and she is slated to be starring in TV series Matchmakers.

Black Narcissus airs on BBC One on Sunday, December 27 at 9pm