Death in Paradise is a comedy-drama about a British detective who leads the way in investigating murders committed on the stunning island of Saint Marie. For a small island, there seems to be a shocking number of crimes committed and some fans are starting to believe it could be because of Mayor Catherine Bordey (played by Elizabeth Bourgine). So is DS Camille Bordey’s (Sara Martins) mum really responsible for the crime on the island?

WARNING: This article contains spoilers from Death in Paradise.

Catherine has been in Death in Paradise since the show first started almost a decade ago.

She was introduced as Camille’s mother but became more of a stand alone character when her daughter left in season four.

The police are often seen with Catherine when they go to her beachfront bar Cathy’s for a catch up and a well deserved break.

Then in season six, Catherine was honoured with being named as the mayor of Saint Marie and continues to serve the community both politically and behind the bar. 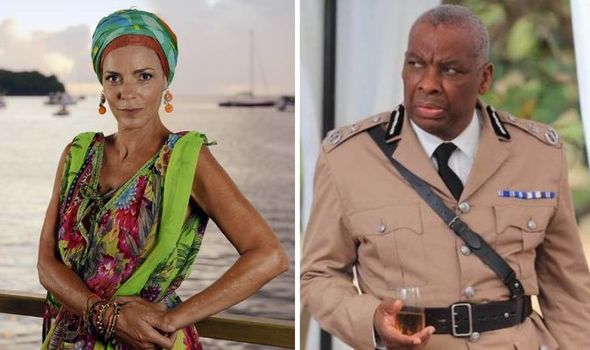 We will use your email address only for sending you newsletters. Please see our Privacy Notice for details of your data protection rights. Death in Paradise star Ben Miller returns to BBC drama for season 10

Fans have started to delve into previous seasons of Death in Paradise and believe they have spotted a pattern.

There are several theories regarding Catherine but all of them lead to the fact that she isn’t as clean cut as she may first appear.

Kicking off the conversation on Reddit, CueBall61 entitled the thread Catherine is Running a Front and went onto explain their theory.

They said: “All she ever seems to do is give away drinks on the house, it’s a wonder how she makes any profit.

“Therefore I am convinced that she’s running a front, and giving away drinks to the police force is a way of ensuring they cast a blind eye to whatever illegal operation she’s running – probably drugs though, it’s always drugs.”

This, in turn, led to others saying how she could be “bending the rules” as mayor and Catherine is really a criminal “hiding in plain sight”. 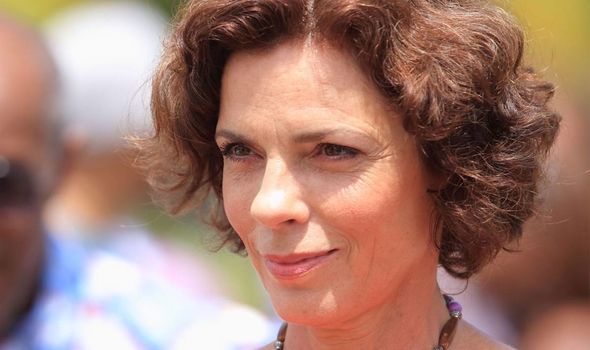 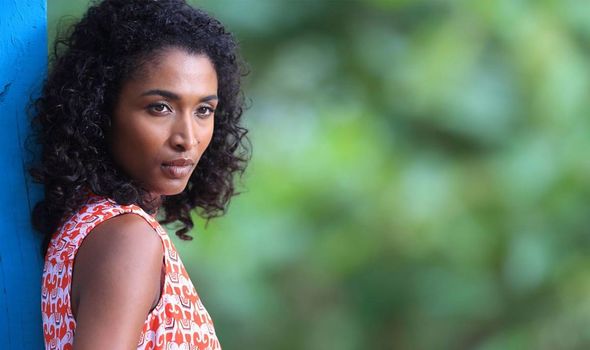 Another fan went on to explain: “I’m convinced she is behind ALL the murders and it’s all to protect the mining slavery ring she is running to exploit the minerals on the Rock (It’s all revealed in the episode where she gets the British high commissioner murdered).

“She orchestrates the murders to ensure that the police don’t have time to deal with any of her other crimes.

“The reason why there are so many murders on the island is that they get away with it in spite the confessions – the total lack of hard evidence in most of these cases means that the judge (which Catherine herself no doubt put in place) throws the case out.

“This is all another one of her criminal ventures where people pay to have their enemies murdered – even if they get caught they are free to leave the island afterwards.

“My girlfriend thinks I’m nuts but I’m sure the evidence is all there for everyone to see.”

What’s even more scandalous about this theory is that there is talk of Catherine using her daughter Camille to help her with the dirty work.

The Reddit user said: “Just rewatching season one – and it just proves what I’ve been saying all along.

“It starts in Episode one – her [Catherine] daughter is “investigating” corruption in the police force and the DI who found out the truth is removed – ousting another one of the officers whose cover had been blown – only to install her OWN daughter to control the botching British Detective.

“It’s SO self evident when you know what to look for.”

So is Catherine really just the innocent mayor of Saint Marie or is she the real mastermind of crime on the island?

Death in Paradise will be celebrating its 10th anniversary next year with season 10 airing at the beginning of 2021.

The BBC has been teasing who will be returning to the show to mark the milestone for the past few months.

Death in Paradise is available to watch on BBC iPlayer.