'Days of Our Lives': How It's Connected to Rage Against The Machine

One wouldn’t think that Days of Our Lives could ever be connected to Rage Against The Machine. The two entities are worlds apart, to say the least. Yet, thanks to actor Galen Gering and RATM drummer Brad Wilk, the two will forever be connected. And that’s actually pretty cool!

Unbeknownst to many until recently, Days of Our Lives star Galen Gering put his house up for sale. According to The Dirt, the house is located in Santa Monica, CA. The outlet confirms that Gering didn’t put his house “on the market,” but rather, kept it in an off-market deal.

Real estate experts say that an “off-market” deal, like the one Gering had, is when a house is put up for sale, but not listed on multiple listing services. There are a number of reasons why someone would choose to list their house off-market. For some, it’s because they would like some privacy during the process. As a famous actor, it’s understandable why the Days of Our Lives star wouldn’t want everyone to know when he was selling his house.

Real estate experts also say that an “off-market” deal can sometimes happen when a seller wants to create a “sense of exclusivity” which can really drive up the price of the listing.

Rage Against the Machine drummer Brad Wilk bought it

The good news for Gering is, his off-market listing got the attention of Brad Wilk, the drummer for Rage Against The Machine. Loudwire reports that Wilk paid $5.2 million for Gering’s house.

Wilk’s new home also features four bedrooms, four-and-a-half bathrooms, and high-end appliances in the kitchen. The Dirt reports that the Days of Our Lives star and his wife, telenovela star Jenna Gering, bought the home in 2003 for $1.4 million and did extensive renovations on the home.

In October 2020, Wilk sold his marital home — also located in Santa Monica — which he put on the market after his divorce. He was previously married to Selene Vigil, one of the founding members of the seminal grunge band 7 Year Bitch. Wilk got $6.495 million for his former marital home. 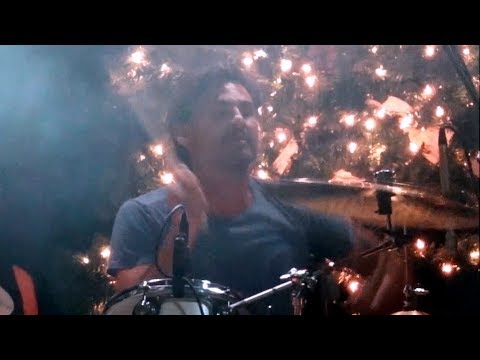 The Dirt reports that Wilk made more than $2 million on the sale of his previous home. This profit gave him enough money to purchase the Days of Our Lives star’s former home.