The ITV competition is heating up on Dancing on Ice as another pair were sent packing from the rink. There are just four couples left in the contest with the numbers getting whittled down week on week. Here’s a look at the eliminated couple and who ended up in the skate-off this evening (Sunday, February 23).

Who left Dancing on Ice tonight?

Lisa has become the seventh star to leave the show, leaving just four couples on the running.

She told hosts Holly Willoughby and Phillip Schofield after the result was announced: “I’ve had the best time ever. I’ve met the most beautiful people.”

The couple were in the skate-off against Libby Clegg and Mark Hanretty. 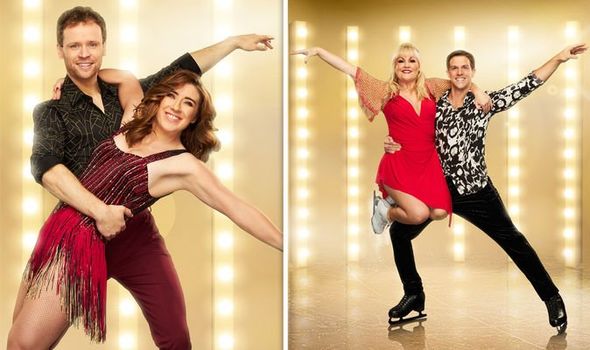 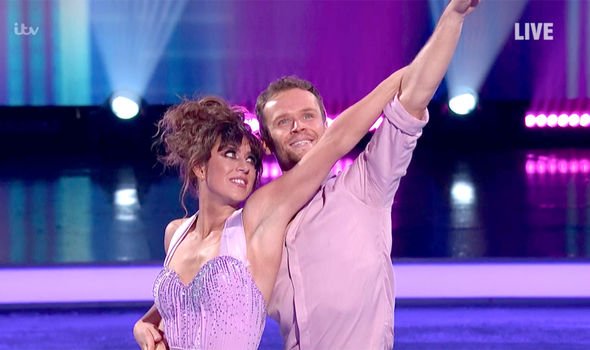 All of the judges chose to save Libby over Lisa with the celebrities hugging at the end.

Head judge for the evening Jayne Torvill agreed with the rest of the panel.

When asked why she chose to send Lisa home, Jayne said: “Libby yours [skating] is smoother and faster.”

Next week will see the remaining contestants taking on two routines each as the competition gets tougher. 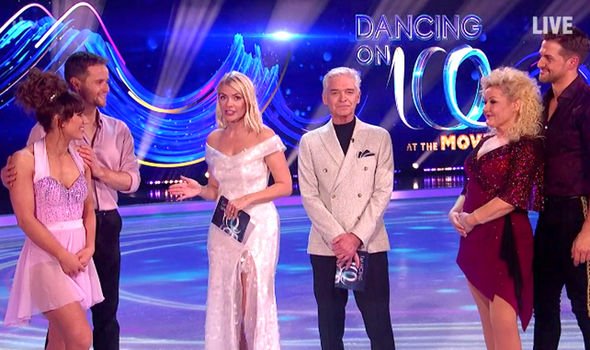 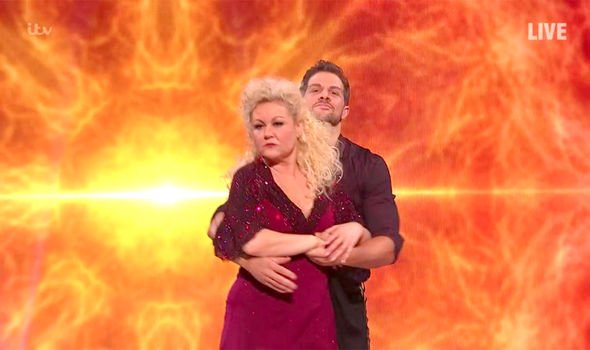 Last week Love Island star Maura Higgins and her partner Alexander Demetriou skating away from the competition after going head-to-head with Libby Clegg and Mark Hanretty.

Speaking about leaving, Maura said: “I really did want to stay.”

While her partner added: “This girl is one of the greatest women I’ve ever met.”

This episode saw the celebrities performing tracks fro the silver screen as part of Movies Week.

Among the numbers the couples performed to were The Bare Necessities from The Jungle Book, My Heart Will Go On from Titanic and Hedwig’s Theme from Harry Potter, among others.

The show is going to be wrapping in March when the final will see the remaining contestants battling it out to be crowned the champions.

Diversity’s Perri Kiely is the favourite to win the competition among the bookmakers.

Since the beginning of the show, the Britain’s Got Talent star has been touted as a favourite.

According to Bet 365 he’s been given 2/7 as well as Ladbrokes and Coral.

While Joe Swash is also in the running at 7/2 from William Hill and Betfair.

However, just who wins remains to be seen with the public having the final say on the winner.

This series of Dancing on Ice has been an eventful one with Michael Barrymore pulling out of the show just before the live shows started after breaking his hand.

He was replaced by former Blue Peter presenter Radzi Chinyanganya.

Also, American businesswoman Caprice Bourret left the competition recently after she skating with a different partner to her original professional Hamish Gaman.

Dancing on Ice continues next Sunday on ITV at 6pm