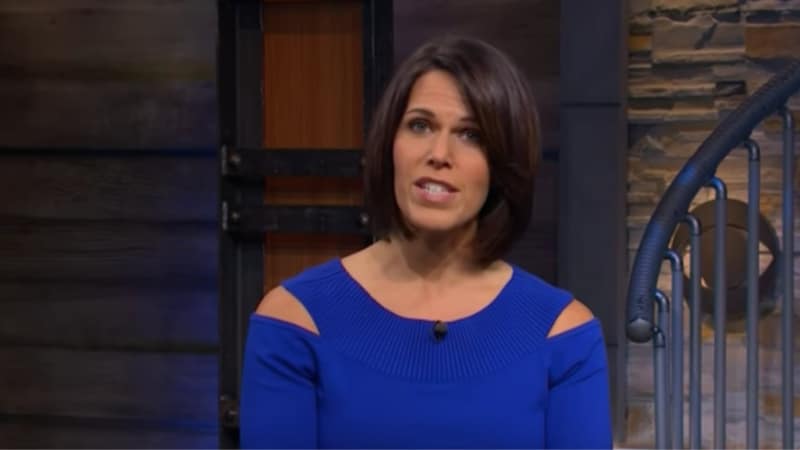 Dana Jacobson is engaged! Jacobson, who previously worked for ESPN and now works for CBS for both the radio and television departments, smiled as she shared the news and showed off her massive ring on CBS This Morning yesterday.

But while the CBS Sports presenter admitted she had gotten engaged to her future husband, she didn’t reveal who her lucky fiance is or how long they have been together.

Dana, who has been in front of the camera for years, rarely talks about her personal life. Her social media accounts are primarily dedicated to career, including snippets from interviews with athletes.

In addition, her personal blog that she links to via her Twitter account hasn’t been updated since 2013.

However, her tweet sharing the engagement news reveals that she’s more than excited to be taking her relationship to the next level. As she writes herself, there isn’t a big enough smiley emoji to show her joy.

Friends and fans flooded Jacobson with messages of congratulations after the big news was revealed on air.

One wrote on Twitter: “Congrats Dana, wishing you and your fiance nothing but YEARS and YEARS of love and happiness!”

Another joked: “When you were on that trip to Italy, I kept thinking there had to be someone just out of frame but really in the picture. Congratulations! Much happiness.”

Jacobson was born and raised in Detroit and studied at the University of Michigan.

She was named co-host of the Saturday edition of CBS This Morning alongside Michelle Miller in July 2018.

Only time will tell whether she will reveal the name, occupation and other details about her future husband.