Dan Walker derails BBC Breakfast as co-host Sally ‘loses it’ over innuendo: ‘Set you off?’

With Dan Walker’s regular co-host Louise Minchin taking a break from BBC Breakfast presenting duties, it was left to Sally Nugent to step in to front Monday’s episode. However, just minutes into the first episode of the week, Dan left his co-host struggling for words as she giggled at his pronunciation on Belvoir Castle in Leicestershire. After she suggested it was pronounced “Beaver Castle”, it didn’t take long for the conversation to go off track.

The moment came when Dan and Sally were rifling through today’s newspapers for articles which caught the eye.

And it turned out the Christmas decorations at the castle piqued Dan’s interest as he shared with BBC Breakfast viewers the festive transformation the building has undertaken.

“If you are particularly happy with your Christmas decorations this year,” Dan began. “Just look at what Dave and Emma Mannis have done.

“Their home is Belvoir Castle in Leicestershire. Can you see this?” 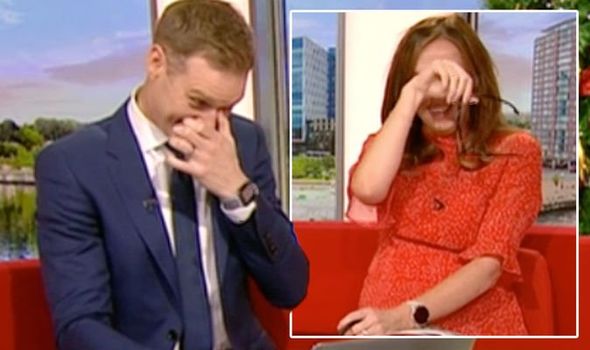 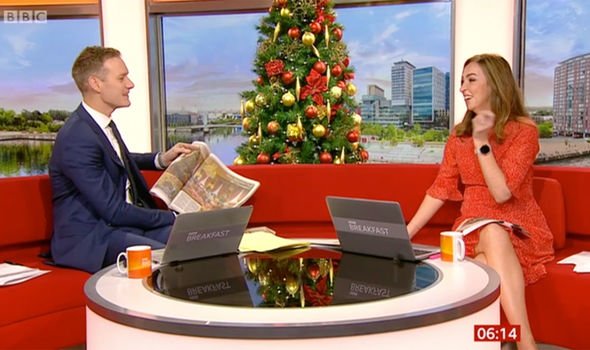 However, instead of marvelling at the Christmassy overhaul of the castle, Sally instead took issue with how Dan pronounced the name.

“Beaver? Is it not?” Sally queried. “Dan, I can’t believe I’m actually going to say this to you, is it not Beaver Castle? Is that the pronunciation?”

Clearly stumped by Sally’s pronunciation, Dan looked around the studio and said: “Is it?”

As an awkward silence began to descend, Dan continued:  “Well, beavers are back. 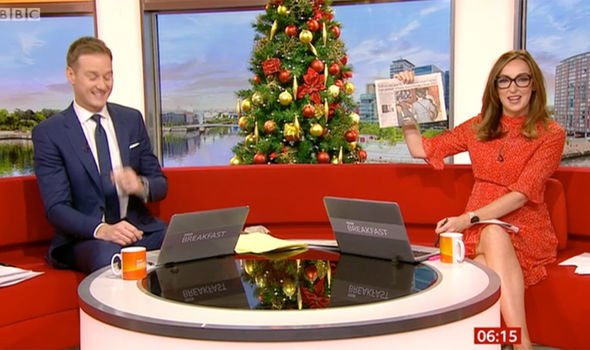 “Anyway, look at the tree! We haven’t got a beaver at the top, we’ve got a peacock. Has that set you off?”

As Dan tried to continue, Sally was seen holding her head in her hands as she burst into laughter.

Struggling to contain the hysterics and get any words out, Sally eventually told her co-host to “go on”.

“Sally’s lost it completely,” Dan added. “There you go, it’s a big tree at ‘Beaver Castle.’”