Dan Walker, 43, was on hand to host BBC Breakfast on Tuesday alongside his co-star Louise Minchin, 52, and to kickstart the show, the pair discussed a number of headlines making the news. One such story was referring to the Wildlife Photographer of the Year Award, with the winner set to be revealed by the Duchess of Cambridge, Kate Middleton, 38. However, the BBC presenter got slightly confused about which member of the Royal Family was announcing the news as he claimed it was the Duchess of Sussex, Meghan Markle, 38, who was going to do the honours. 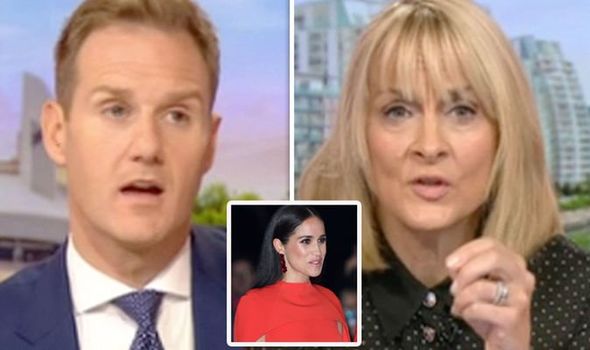 It was less than five minutes later when Dan was looking through the papers with Louise did he address the error he made.

The broadcaster stopped in his tracks as he told viewers watching at home: “I think I might have mixed my Duchess’ up earlier.

“Incorrect Duchess news for you,” he declared, with his co-star looking over her glasses at him as she said it was “early” to be making a “correction”.

Dan laughed the moment off before carrying on with the show, going on to discuss other big stories such as the latest developments in the coronavirus pandemic.