Courtney Act has explained why she “would and wouldn’t” like to see an LGBTQ+ version of Love Island.

“If you show a whole bunch of queer people, maybe behaving badly was a bit harsh, but if you show LGBT people who are competing for a prize and inclined to be sensational for reality television, sometimes it can do a bit of damage to the identity that isn’t fully formed yet to the public’s perception. 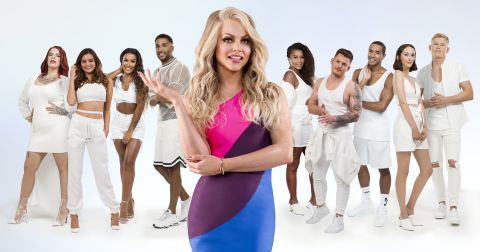 “I do love that this show has a lot of integrity, there’s almost like a social documentary to it even.”

However, the 36-year-old does hope that The Bi Life could trigger LGBTQ+ versions of popular dating shows such as Celebs Go Dating and First Dates.

“I hope so,” she said. “The thing that I love with this show is that there’s no competition element, no-one is competing for money. You’re not there to convince people of anything other than the truth.

“On Love Island you’re trying to win the prize money and stay together; on The Bi Life, the winner is the one that finds love. A few of them are still together, there’s a few success stories in the show, which is exciting.

“I think queer dating shows, we see some queer themes on First Dates and shows like that but I think this is so cool that it’s not a show that’s about people reacting to straight people or gay people. It’s a little hermetically-sealed microcosm of bisexual people on a dating adventure through Barcelona.”

“People needed a bit of proof that the world was ready and social media is really cool because it’s this levelling platform where we have metrics that show us how many people are into different things and we can see that queer culture is on the rise,” she said.