This Morning viewers were left besotted with Edna and Simon Martin, who despite their 40 year age gap, are looking to get to their 25th wedding anniversary.

Edna, 87, and Simon, 47, were welcomed onto the This Morning sofas on Tuesday as they celebrated another milestone in their relationship.

The couple, who have defied the odds with their 40 year age gap, have recently marked their 17th wedding anniversary.

They caught up with Ruth Langsford and Rylan Clark to tell the secrets of their happy marriage and how they’re looking to get to another very important milestone.

Asked by Rylan about what the pair would say to ‘the naysayers’, Edna replied: ‘At the time I believe the British average [for marriage] was 28 months, if you counter that against 17 years, it’s pretty good. 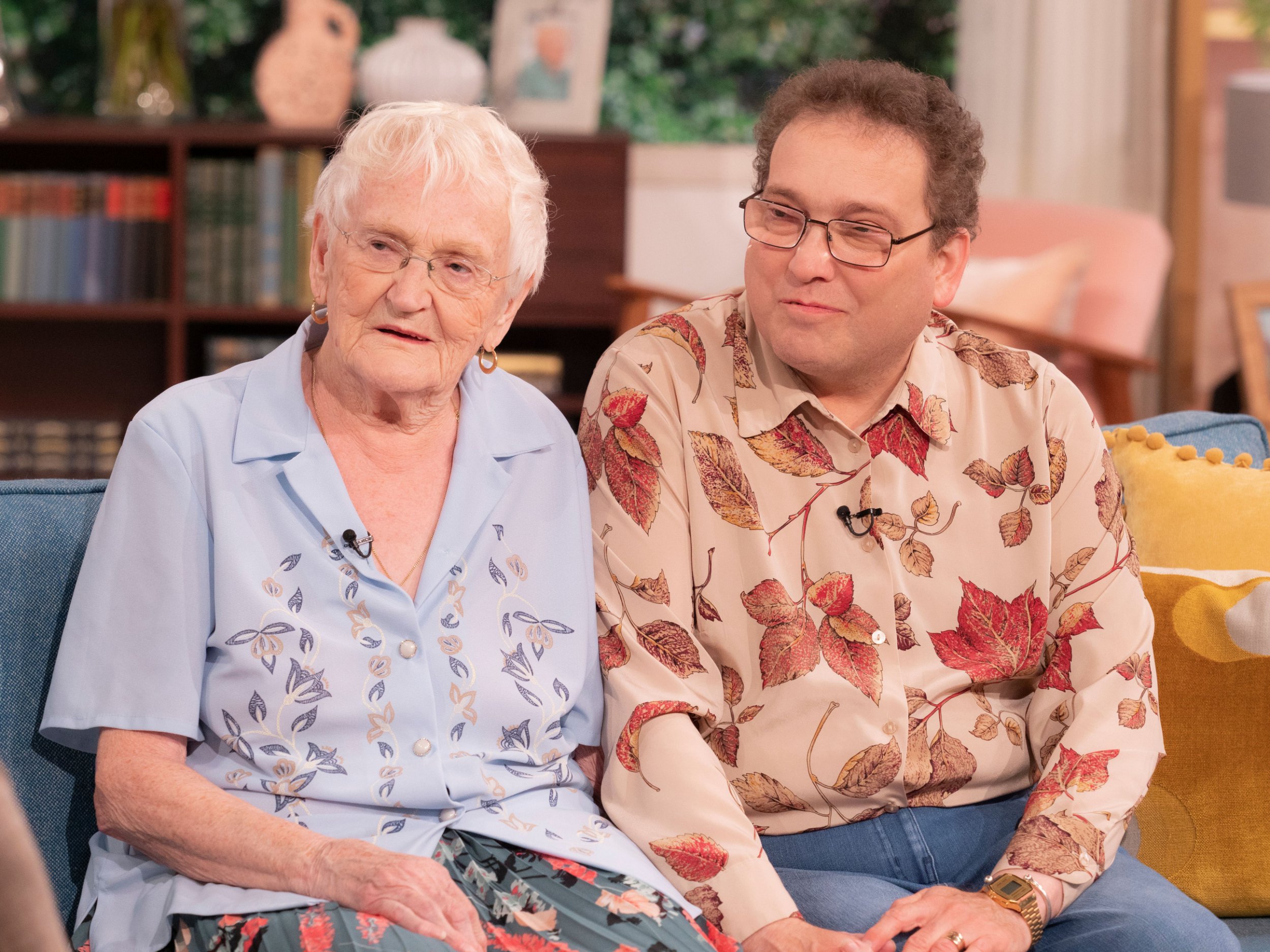 ‘I knew, we both knew, this was the one. People think they fall in love in life lots of times, but there is someone out there who is your absolute destiny.

‘We actually fell over each other in a doorway in a dressing room, that was it. I wasn’t looking, I’ve been married and in relationships before but never like this. This blew my world apart.’

Ruth, who was loving the pair, told them: ‘You should come back when it’s your 20th anniversary, come back and we’ll catch up.’

‘Sounds good, we’re trying for a silver wedding, so at that point, I’ll be 95,’ Edna revealed.

‘I’ll sort your wedding for you, do the anniversary’ Rylan cheekily quipped.

Edna’s son is 57 and her grandchildren are older than Simon, but their loved ones support them and passers-by no longer pass judgement.

They found each other when she was 69 and he was 31, and recently confessed it was ‘love at first sight’.

Viewers were also sending their well wishes to the pair, with it obvious they struck a chord with those watching at home.

One shared on Twitter: ‘#ThisMorning Love that pair, happy anniversary 🥳 also love Rylan and Ruth. More of them together please.’

Another commented: ‘What a beautiful couple on @thismorning can’t stop smiling at them! 🥰❤️Age really is nothing but a number with these two! #ThisMorning.’

‘So funny how the majority of us were judging this relationship so easily then once they got talking we’ve come around to the idea because we see how genuine their love is for each other ❤️ #ThisMorning,’ a viewer weighed in.

Someone else wrote: ‘What a sweet couple, it’s not about age  its about two souls finding each other at whatever stage of life… 💗 #thismorning.’

This Morning airs weekdays from 10am on ITV.