Countryfile: Adam Henson says he needs to replace his boar

BBC viewers saw Adam Henson back on this evening’s edition of Countryfile as he was on-hand to give another update about his rare breeds farm. Adam excitedly explained it was time to find a replacement to join his crop of Gloucestershire Old Spot after nine-year-old George’s daughters were starting to come up through the herd. As he got on with the hunt for a new boar, he told viewers of George: “He’s served us well.”

Adam started off by revealing the much-loved breed of the pig had once gone out of fashion.

But luckily, they were booming in popularity once more, revealing the breed was favoured by the Prince of Wales.

“I like to do my bit to support them,” Adam told viewers before he explained why it was time to find his next boar.

Pointing to one of his existing boars, he began: “This big lad is called George, he’s nine-years-old, weighs 47 stone and has fathered 750 piglets for us. 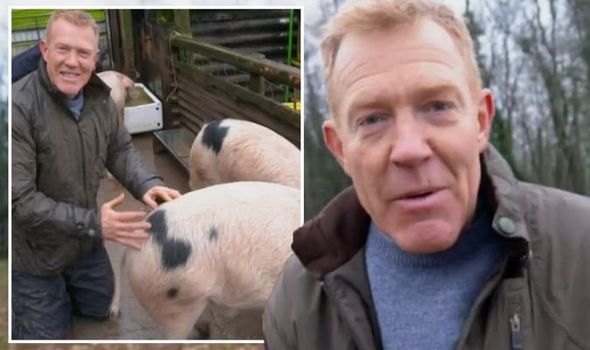 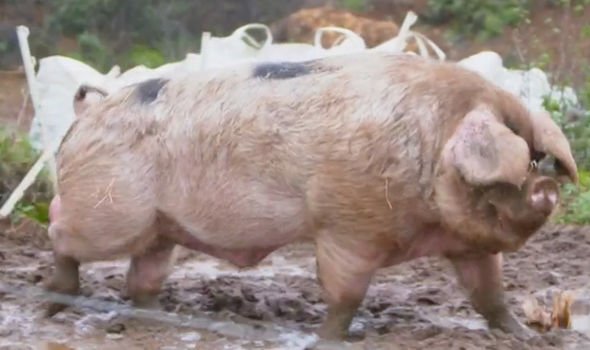 “He’s the daddy and you can see he’s really big and masculine with his great big wide shoulders.

“He’s getting on a bit and we’ve got his daughters coming into the herd now, so we can’t have him mating with them,” he clarified.

It was time to say goodbye to George as he was on the search for a new addition.

“He’s served us well and had a lovely life on the farm but we now need to change him, we need to bring in some fresh blood. 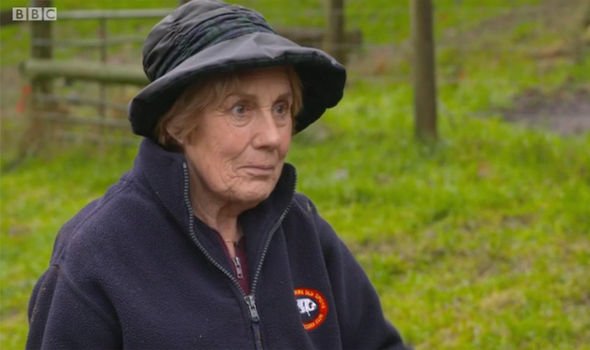 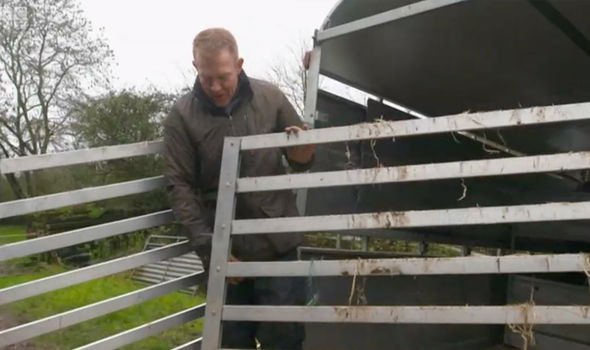 “If I can find a good quality young boar to carry on George’s work it’ll hopefully mean we’ll have plenty of Gloucestershire Old Spots born on the farm.

“So today, I’m visiting someone who might be able to help with that,” he added.

Adam was met by Bristol-based farmer Judith Sims, who possessed the oldest herd of the breed in the world.

He listed off his requirements which included a “good straight back” and “ears to the end of their nose.”

Luckily, Judith had something which was the perfect match for Adam as he got to meet her selection of boars.

“The tricky thing will be deciding which one to take home,” Adam admitted, with Judith adding: “They’re lovely, the best pigs in the world, these.

“When we used to sell a lot of pigs at Gloucester market, I discovered how wonderful they are… the perfect pig.”

He managed to narrow down his choice to two of the boars: “They’re both very good – not much to choose between them.

“I think this could be the one for me. I’ll go for that one there, very smart looking boar!”

After loading his new addition into his trailer, Adam concluded: “Today’s been quite the success, all thanks to Judith.

“My boar hunt is over, I can’t wait to introduce this chap to his new herd in a couple of months time back on the farm.”