'Counting On': Jessa Duggar's Birthday Post to Ben Seewald Might Prove She Reads All of the Commentary on Her Famous Family

JessaDuggar has been busy, during quarantine, crafting content for YouTube. Shedid, however, take some time out of her day to wish her husband, BenSeewald a happy birthday on Instagram. The lengthy post went into all the attributesthat Jessa loves about her man, but family critics noticed something strange.Jessa discussed Ben’s education and employment in the post, leading somecritics to believe she reads all of the commentary, both positive and negative,about her famous family.

It’s a busy time for Duggar birthdays. In the last two weeks,several Duggar family members and in-laws have aged up. While family criticsmight be busy breaking down the components of theDuggar family’s birthday shout out to Jill Duggar, there is another strangebirthday message that needs some attention. Jessa’s birthday message to Benseems incredibly calculated. She makes a point to cover aspects of Ben’s lifethat family followers have been critical of. In fact, she seems to be making itclear that she’s reading everything written about her famous family.

Happy birthday to my favorite person in the whole wide world! @ben_seewald! Wow, a quarter of a century old! There are so many things I love about you, and here are a few: You have a beautiful soul. You’re thoughtful and romantic. We’re in a busy season with babies, so I’m not going to pretend that it’s all roses and chocolates. Mostly it’s the hundred “little” things, like those very married kisses on your way out the door to work, and how the moment you return home, you’re changing poopy diapers, loading the dishwasher, and at least once a week asking me if we want to get the kids to bed early so we can pop popcorn and watch our favorite video podcasts together. I love your love for learning. You see education as a way of life, not something that stopped once you wrapped up your 4-year degree. You’re an enthusiastic about gaining knowledge, always reading and researching a broad array of subjects and sharing what you’re learning with me. I love this! You’ve gotten me hooked on Audible! I’ll admit, I do copy a lot of titles from your booklist, and I like absorbing the same things so we can discuss and give feedback to one another. It’s almost like we have our own little book club! You’ve given me an appreciation for diverse kinds of foods, always choosing new restaurants and unique menu items on date nights. You’re a fantastic cook, and you like choosing new dishes with unique ingredients. I can’t say you’ve ever made anything that I didn’t love. I usually roll with the produce gathered by whoever pulled my grocery pickup order, but you love strolling the racks and handpicking the freshest ingredients to use in your recipe. This care and attention to detail spans across into so many other areas of life as well! You think of fun ways to make memories together as a family. Getting takeout for dinner and eating it at a scenic location. Going for walks together and taking in the beauty of God’s creation. Donut dates with the boys, and then wrestling matches to work off all the sugar! Regular hugs, kisses and cuddles for all the kiddos. It’s no wonder “Da-day” is Ivy’s favorite word! You’re our world! We love you more than words can express! ❤️

In the birthday message, Jessa wrote, “….it’s the hundred “little” things, like thosevery married kisses on your way out the door to work.” She alsomentioned that she loves that Ben has a “love of learning.” She seemed carefulto clarify that Ben finished up his “4-year degree”.  Ben’semployment history and education are two points that Duggar family criticsare quick to discuss.

When Ben began courting Jessa, he was employed. By the timethings got serious, though, he had quit his job to move to be closer to hissoon-to-be bride. It doesn’t look like he’s worked a legitimate job since.Instead of seeking employment from one of the many businesses around the couple’sNorthwest Arkansas home, Ben has chosen to work with Jim Bob Duggar.

He is RISEN! Because Jesus is alive, death is defeated and there is living hope for all who believe. Happy Resurrection Sunday from our family to yours!

RELATED: With a Growing Subscriber Count Could Jessa Duggar Have a YouTube Career?

Family followers have been highly critical of Ben’s lack ofemployment. Simply put, tutoring for the younger Duggar kids just isn’t cuttingit for family critics. There might be a reason Ben hasn’t decided to hold downa job; he might not be allowed to. Derick Dillard, who married Jill Duggar in2014, has recently suggested that JimBob purposefully blocks men in the family from seeking employment fromoutside sources. Jim Bob, reportedly, would rather keep them on the Duggarpayroll to ensure he maintains control.

Jessa Duggar was sure to clear up confusion about Ben’seducation

If it feels like Ben has been in school for the entirety ofhis marriage to Jessa, it’s because he has been. When he popped the question,Ben was in the middle of an associate’s degree in political science. Hecompleted that program in 2015. The following year it was revealed that Ben wasworking toward’s a second degree, but he seemingly abandoned his political sciencemajor in favor of aministry program.

RELATED: Jessa Duggar Just Took Herself Completely Out of Her Instagram Profile Photo

According to Jessa’s birthday post, he’s completed that degree.However, no graduation pictures were posted, nor was his accomplishmentacknowledged. The lack of photographic evidence has led some family critics to thinkhe hasn’t completed any accredited program. 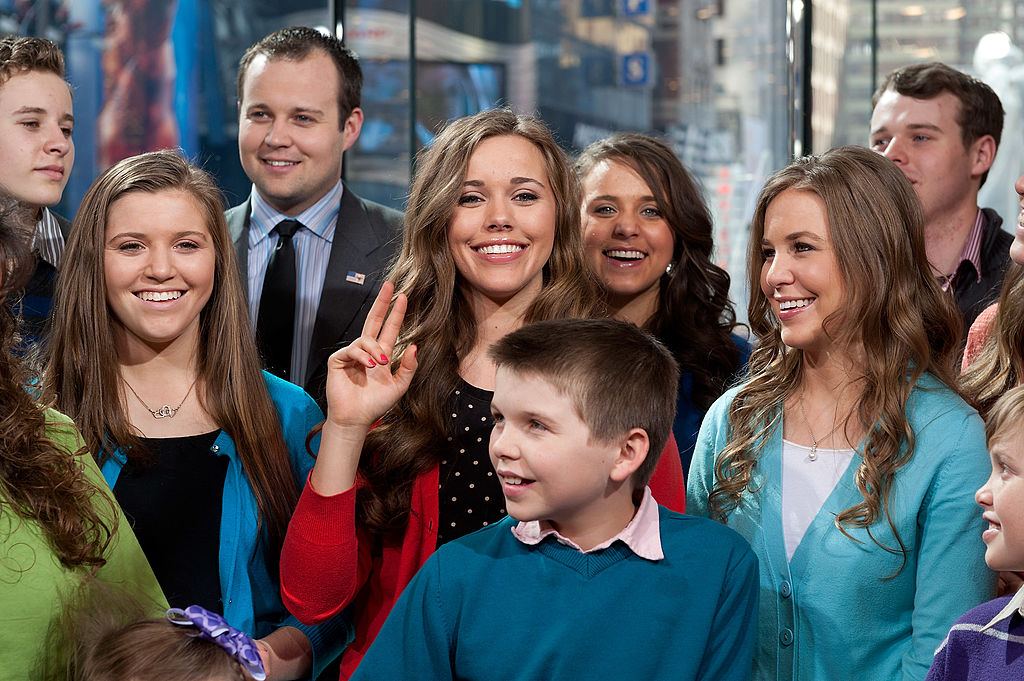 Regardless of what the truth is about Ben’s actual job andeducation, it seems obvious is the fact that Jessa is sending a clear messageto followers with her lengthy Instagram post. It sure seems like she’s on the internetreading what is written about herself and her husband.