Corrie's Wendi Peters set for a return as Cilla? 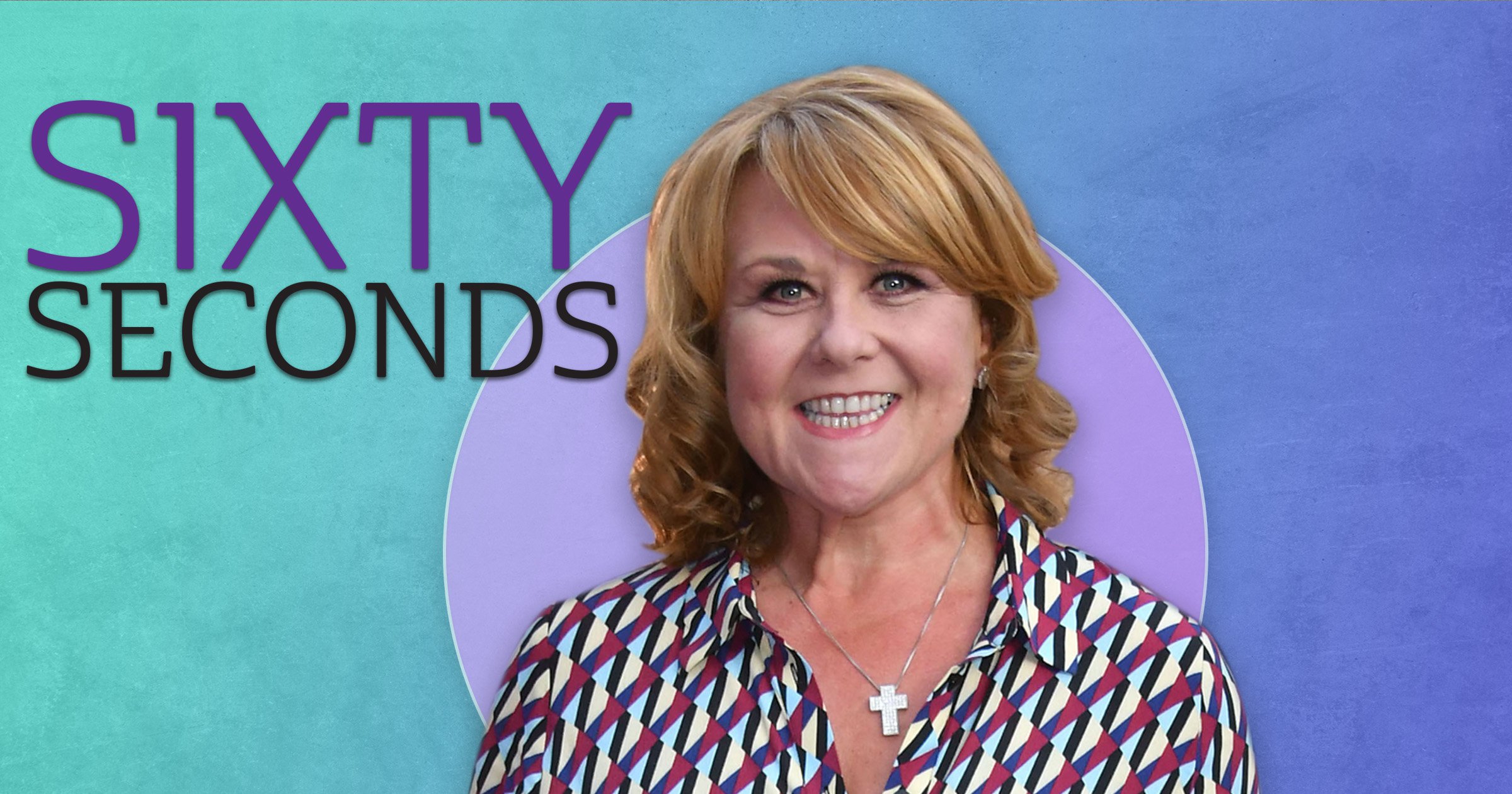 The actress, 53, on her new play set on the night of the moon landing and why she’d happily consider a return to Corrie.

What has kept you going during lockdown?

My dogs. I’ve got four springer spaniels and a sproodle. When it’s just myself and my husband at home they’re so calm.

They have a long walk every day and they’re good company for each other. It’s only when other people arrive that they go mad for five minutes.

You’re back on stage in the musical You Are Here. Excited?

Thrilled. The Southwark Playhouse is fantastic on safety – there are plastic screens, bubbled seats, a queuing system, a one-way system and it’s only playing to half capacity.

Then, on May 22, the two shows will be streamed live so people can buy a ticket online and watch it from home.

It’s a lovely, uplifting story about Chicago housewife Diana, who sees the astronauts walking on the Moon and thinks, ‘Is there something else?’ She’s been married for 40 years but that night she walks out of her home.

Not that she’s not had a lovely life but she’s never really been brave. It’s probably how quite a lot of people around my age have felt. We’ve had lovely lives but sometimes you go, ‘I wish I’d done that.’ It’s about her journey – discovering things and meeting people on the way.

Do you have many songs?

I had 18 numbers to learn – it’s a big sing. I’ve not really sung for a year, only occasionally in the garden and the shower.

So I was learning them while walking around Chorleywood Common with one of my dogs. People must go, ‘There’s this mad woman walking on the common, singing to herself!’

Are you a fan of musicals?

It’s what I prefer and if somebody said you can only do one thing for the rest of your career, I’m afraid TV would be ditched.

Before Coronation Street I spent 12 years in theatre, mainly in musicals.

I enjoy TV but theatre is a very different ball game. TV involves a lot of sitting around and a slight adrenaline rush but it’s by no means the same as being on a theatre stage with a live audience.

Would you ever go back to Coronation Street?

I loved playing Cilla and if they came in with a lovely storyline, then absolutely I would think about it. In lockdown I started watching the omnibus.

It was nice to see Sam Aston and Jennie McAlpine, who played my screen children Chesney and Fiz. I noticed there was a lot of stuff with Chesney and his quads and Fiz has been having problems with her boyfriend Tyrone.

I briefly think, ‘Nobody thinks to call their mother, do they?’ It might have been quite funny to have a Zoom with Cilla during lockdown. I could have done that from home – I’ve got her jewellery up in the loft and also her hat and silver sequinned bag.

Why did you leave?

I was ready to move on. I spent four years there. She was a very over-the-top character and such good fun, and 15 years on I’m thrilled that people still remember her – to a point.

There are times I want to go, ‘Look at all the other things I’ve done,’ but I’ve got to remember some of those wouldn’t be there if it wasn’t for her.

Who do you keep in touch with from the cobbles?

When I’m in Manchester I’ll meet Jennie or Sam for lunch or coffee or I’ll pop round to see Jennie’s kids.

Sam has his own baby now, which makes me feel really old. It’s incredible that somebody who was so tiny when I first worked with him now has a baby of his own.

What do you enjoy away from work?

I’m a bit of a housewife, really. I love my home and I love making my home pretty – I enjoy cooking, sewing and decorating, and I make curtains. I’m not a person who sits still. I have to be doing something.

How do you stay in shape?

I do the Patsy Palmer workout! I’ve been doing it since I had my daughter Gracie. It was a case of, come on, get that baby weight off.

Gracie is 21 now and I’ve been doing it ever since. It’s old – I had the video, which I’ve since transferred to my iPad – but it just works and I know it so I don’t have to concentrate too much on watching the screen.

Where’s the first place you will visit once travel restrictions are lifted?

I’ve never been to Australia and I’d love to take a month out and explore it properly. But New York is my favourite place.

I was meant to be there that first week of lockdown last year with my husband Kenny and Gracie. We were booked to see eight Broadway shows – evenings and matinees. The three of us love the theatre and walking around New York.

You Are Here plays at Southwark Playhouse for live in-person performances until June 12 with two live-streamed digital performances this Saturday.

How to get your Metro newspaper fix

Metro newspaper is still available for you to pick up every weekday morning or you can download our app for all your favourite news, features, puzzles… and the exclusive evening edition!