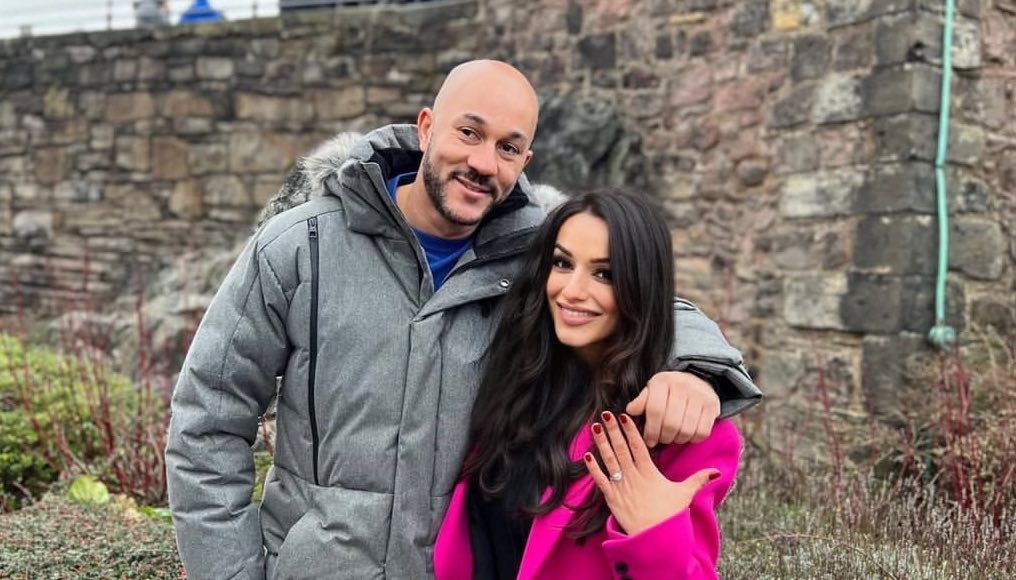 The actress, who’s been playing Naila on the soap since 2013, shared her news on Instagram, posting a picture of herself displaying her dazzling new diamond ring while standing with her fiancé Marcus Jackson.

‘I said Yesss 🥳💍Mrs Jackson it is then ❤️,’ she wrote in the caption, revealing they became engaged on New Year’s Eve at Edinburgh Castle.

The couple were both braced for the cold in their winter clothes, Marcus wearing a grey coat and Saira in a hot pink number.

Her followers and friends rushed to congratulate her on her happy news, with one person commenting: ‘You deserve all the happiness in the world my girl ❤️.’

‘Super congratulations! Really happy for you both 🍾🥂,’ someone else said, while another wrote: ‘That’s lovely, he’s the luckiest guy.’

Saira revealed on her Instagram Story that her partner proposed inside the castle, before they posed outside for pictures.

They later watched the spectacle of the fireworks to see in the New Year in the Scottish city.

Prior to her role on Coronation Street, Saira starred as Anita Roy on Hollyoaks, a role she played for three years until 2011.

Between 2015 and 2018, she played Tegan Thompson in Channel 4 series No Offence, before appearing in other productions including BBC drama Life, comedy Peacock and CBBC’s Dodger.

Saira and Marcus have been on several adventures this year, visiting Venice in July and checking out Stonehenge in August, she revealed on Instagram.

During their holiday to Venice, Saira wrote on Instagram: ‘Gondola riding in Venice with my favourite man in the world.’