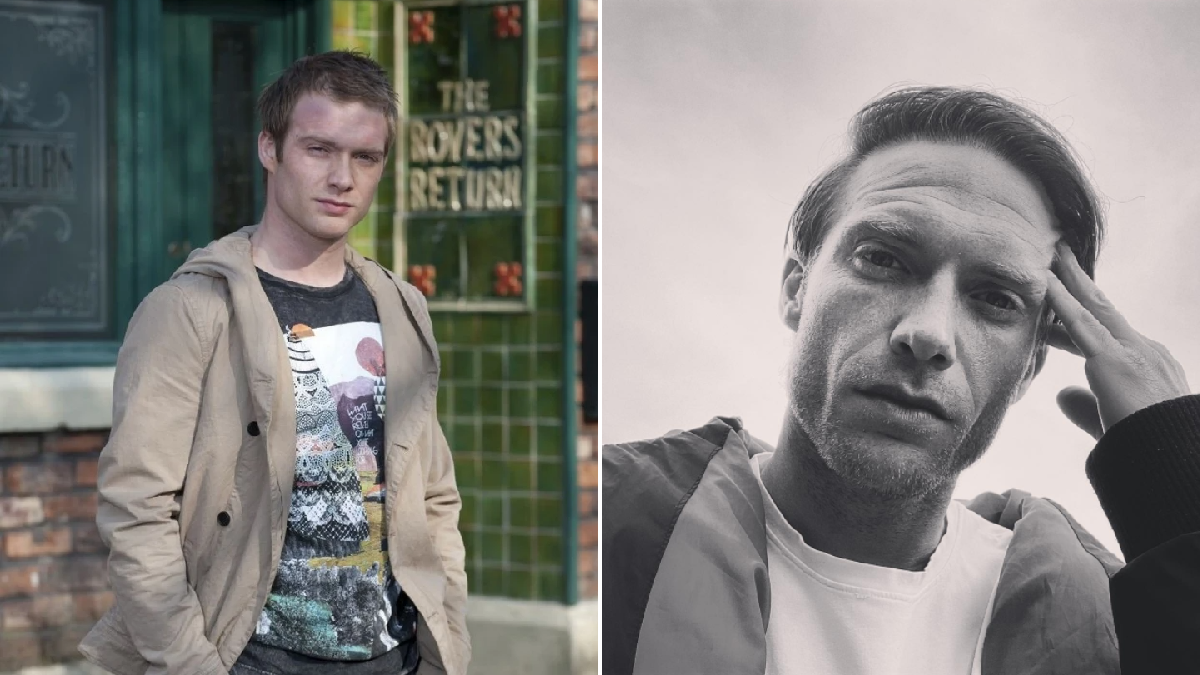 Former Coronation Street star Chris Fountain has spoken out about struggling with depression following his axe from the soap.

The actor, who played Tommy Duckworth in the ITV show, was sacked from his role in 2013 after it emerged he was behind a masked rapper using lyrics in video about rape.

The YouTube clips, no longer available to view, featured Fountain wearing a Halloween mask as his violent rap alter-ego ‘The Phantom’ and included lyrics such as ‘rape a bitch on her birthday’.

In one of the shocking clips Fountain performs a stabbing action while he raps: ‘I’m a nasty ****, I will punch you in the face and you look like you’ve been having some acupuncture ’cos my fist is lethal.’

He also mimed stabbing motions and claimed he was ‘bored with fame’.

At the time, an ITV spokesperson said: ‘Chris Fountain’s contract with ITV has been terminated as a result of the unacceptable comments he made in a number of online clips.’

In a statement released by Chris in 2013, he said: ‘I completely understand that ITV had no choice but to terminate my contract today.

‘I have had two wonderful years playing Tommy Duckworth with only happy memories of my time on Coronation Street.

‘I am mortified that I have brought so much embarrassment to my colleagues and employers these last few days. My biggest regret however is not to do with losing my job, but that I have hurt and let down so many people including those in a vulnerable situation and I am so very deeply ashamed of this.’

Now Chris, 34, has opened up about how his behaviour impacted his mental health, admitting the ‘dark places’ he went to caused him to realise he needed to change the way he was thinking.

‘I’ve been in some very dark, horrible places. I realised I needed to start changing the way I was thinking – otherwise I might not have been here’, the actor told Ryan, Adam and Scott Thomas on their podcast Mancs on the Mic.

Discussing the aftermath of being sacked from Corrie, he said: ‘I was meant to go on This Morning and then got cancelled because they didn’t want me on there. After a while, I was like “I think I’m going through depression here”.’

Despite appearing in reginal plays and ITV’s Girlfriends in 2018, Chris has admitted he’s aware the video impacts him securing jobs.

Discussing how he feels about the video now, Chris added: ‘I can’t condone anything that I said. I’m ashamed of it, I’m embarrassed of it, but at the time, I wasn’t thinking.

‘I’ve got more respect for women probably than men, because the way that I was brought up and the passion and care and protection I’ve had from women has been incredible throughout my life.’

Tommy returned to the cobbles looking for his granddad Jack, unaware he had already died.