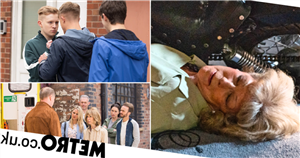 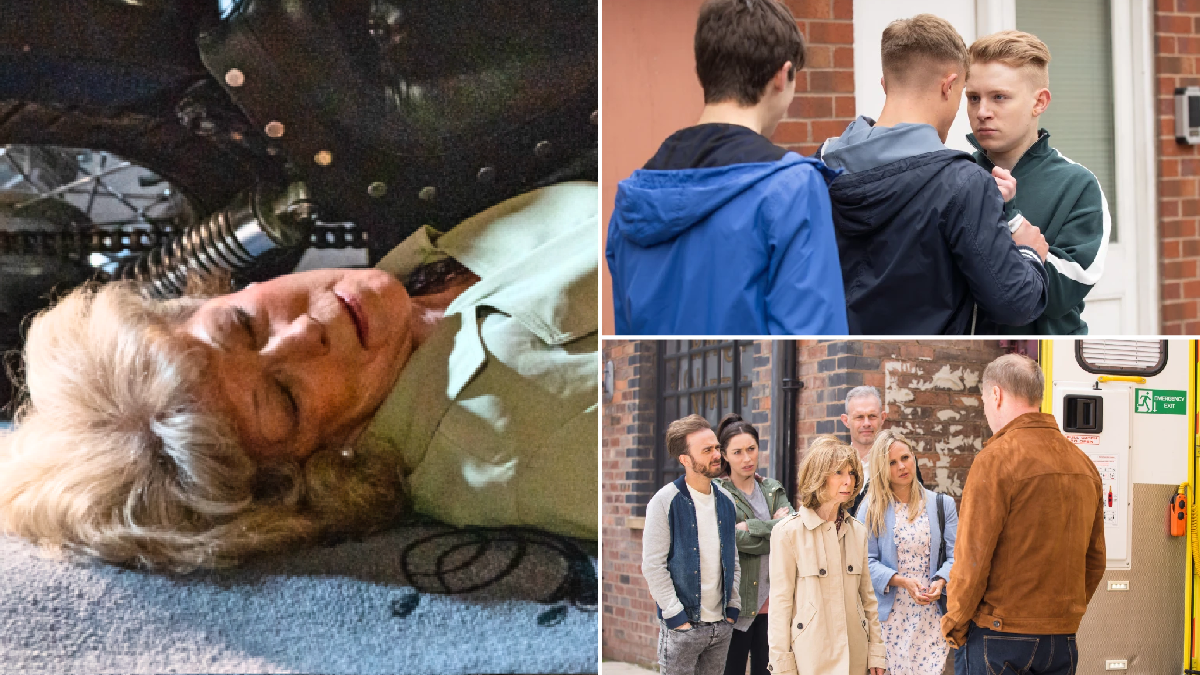 The life of one of Coronation Street’s finest is on the line next week, after Audrey Roberts (Sue Nicholls) suffers a devastating fall.

Audrey’s reliance on alcohol leaves Gail Rodwell (Helen Worth) incredibly concerned, and thus she attempts to convince her mum to cut back on the booze. Audrey, however, refuses, and returns to work at the barbers, much to David Platt’s (Jack P Shepherd) dismay.

Things take a devastating turn when she staggers into the motorbike, which knocks her over, and she’s trapped, motionless, all night.

Stephen Reid, Audrey’s son, emerges from a taxi, and finds his mum out-cold on the barber’s shop’s floor. Gail is worried sick about Audrey, as Stephen goes in the ambulance with her.

Max Turner (Paddy Bever), meanwhile, receives a message from Sonya, asking him to send her a picture of ‘the whole package’. Despite his shock, he does just that, but Sonya reveals that she never sent any such messages! Max later receives a message demanding £1,000, or his picture will go viral.

It’s all kicking off on the nation’s most famous street next week, and here’s a look at all the drama to come.