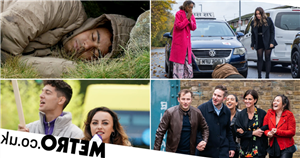 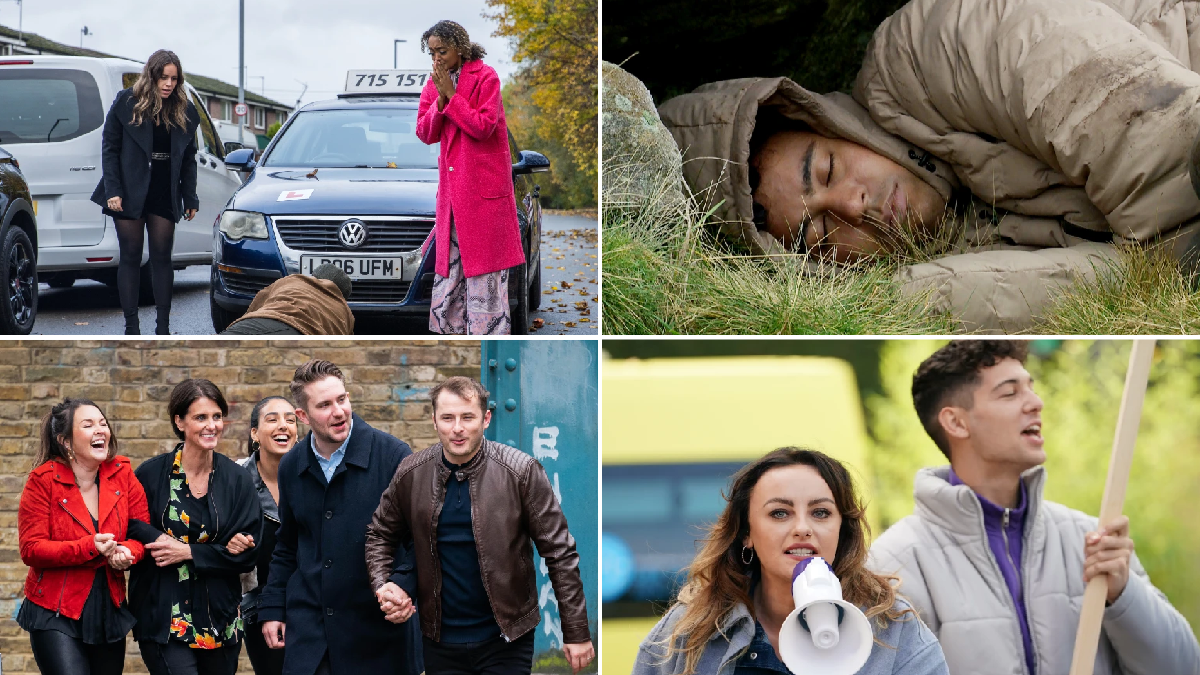 The festive season was certainly a memorable one in soapland, and the New year will be no different, as 2022 gets off to quite a start!

A horrifying event is at the centre of EastEnders next week, while Coronation Street sees Emma Brooker and Faye Windass knock down an elderly man named Ted.

Will Ted be okay?

Cain Dingle, meanwhile, is on the warpath in Emmerdale, while Hollyoaks’ Becky Quentin is up to no good once more, as she sabotages a fundraising event for the hospital.

It’s going to be a week to remember, and here’s all the biggest moments you’ve got to look forward to!

As Faye drives a still tipsy Emma back from their New Year’s Eve party, they knock over Ted, an old man carrying his shopping. The girls are relieved when he opens his eyes and states he is fine and invites them into his flat for a brew. Emma is shaken when back on the street. Emma and Faye decide to return to the flat to check up on Ted and apologise.

Abi is wondering what on earth she’s going to do if she is pregnant. When Toyah questions where Imran disappeared to last night, he lies that he was watching the fireworks. Abi meets up with Imran in Victoria Garden and tells him she plans to do a pregnancy test and if it’s positive, Kevin deserves the truth. Neither of them spot Kevin approaching. What has he heard?

The consultant explains to Tim that he’ll need an angiogram. He rushes out dropping his wallet, when Aggie returns it to the house, he asks her not to tell Sally about the appointment as he doesn’t want to worry her. Sally, meanwhile, thinks he is embarrassed to be seen out with her.

Ben suggests to Callum that they go out, claiming that they deserve a proper night of fun! Eve Unwin, however, overhears and ultimately invites herself along with Stacey Slater!

They encounter Ash, and subsequently ask her to join in. The group of Walford favourites then head to the station, but little do they know what’s to come.

Suki approaches Peter, and the two end up back at her place. And this time, it looks like their secret nights of passion are set to be exposed!

Cain is on the warpath, becoming determined to make Ellis pay for what’s happened to Kyle. He orders Marlon to evict him, and afterwards, on a cold night out in the moors, he abandons Ellis, who lies curled up, freezing, with bloodied bare feet. Al demands to know what he’s done, but Cain pretends to have no idea what he’s talking about. Will Ellis be okay?

Nate reveals to Cain that he cheated on Tracy, leaving Cain livid. Cain refuses to let him stay with him. Nate, meanwhile, pays a visit to Tracy’s to see Frankie, but Vanessa turns him away. Tracy, meanwhile, is hurt Nate hasn’t popped by to see his daughter, and Vanessa hides the truth. But her lies are soon revealed! How will Tracy react?

Charity is shocked when Vanessa confirms she’s staying in the village for good, but conflict soon arises between the former couple when Charity wants to spend time with Johnny.

Marnie offers the Salon De The as the venue to host the hospital’s Dee Valley Heroes Fundraiser, and she goes all out on decorations.

Becky grimaces from a distance as her and Ollie’s plan to take over the event is full steam ahead, as they’re armed with bollards, microphones and even a scarecrow, but how far are they willing to go?

Zara and Cindy take turns in trying to talk some sense into Ollie and make him see that he’s going down a dangerous path, especially as he plans not to attend his sentencing today, but will he have a last minute change of heart?