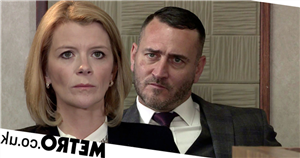 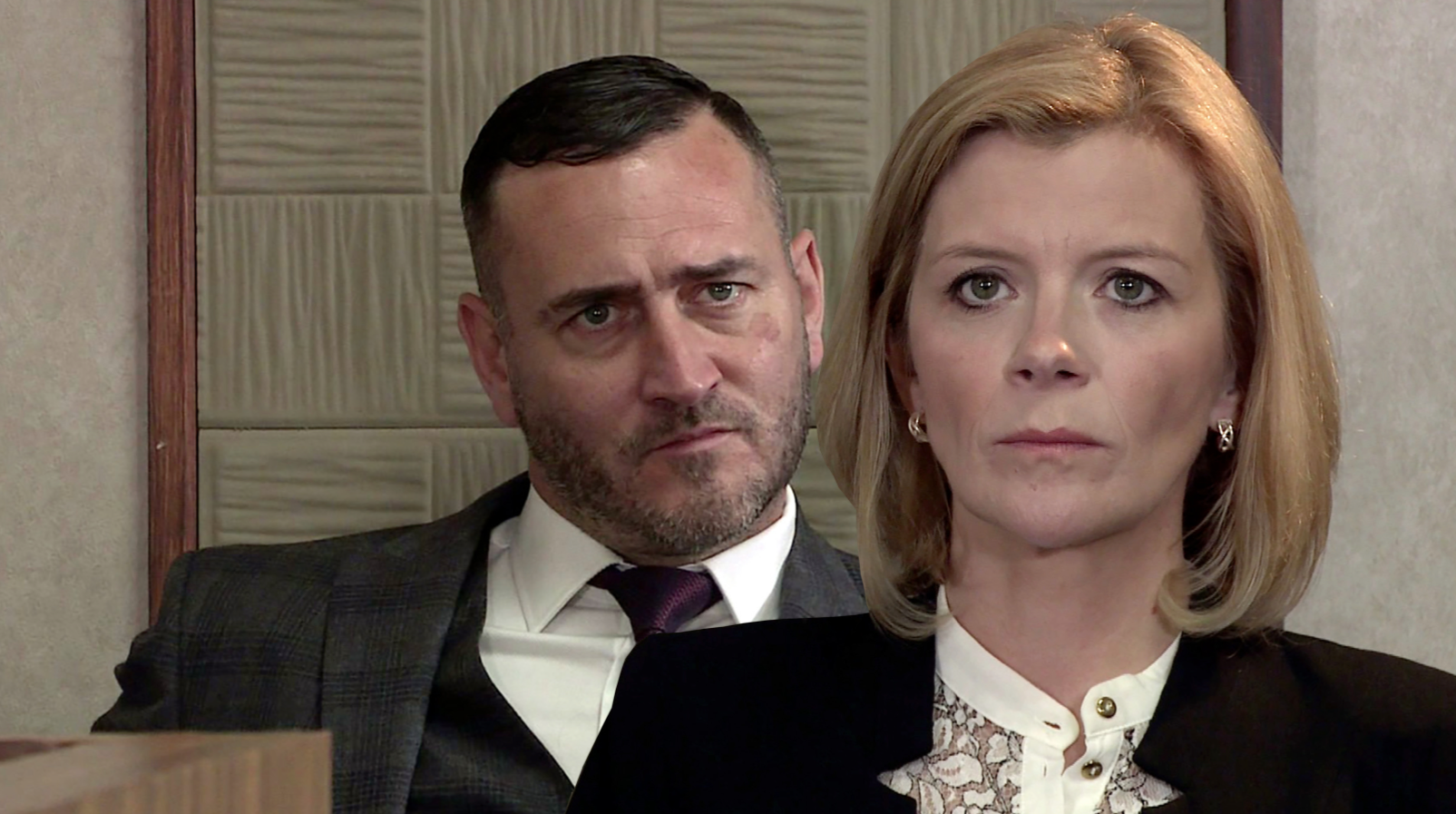 This article contains spoilers from episodes available on ITV Hub. If you have not watched or prefer to watch on TV, there are spoilers here.

Coronation Street will this week confirm the verdict of evil illain Harvey Gaskell (Will Mellor) after his terrorising of Leanne Battersby (Jane Danson) and Simon Barlow (Alex Bain).

Harvey has been working with his aunt Sharon Bentley (Tracie Bennett) to stop Leanne from speaking out against him in the courtroom – and he even forced her, Simon and Nick (Ben Price) into hiding.

Sharon’s involvement recently was exposed and as Harvey tired of her failures, he had her beaten up by her heavies.

But in dramatic scenes, Leanne will bravely arrive on the stand and fix Harvey directly with a piercing look of determination as she reveals what he has done.

In another kick to the goolies for Harvey, Sharon also turns on him and makes a statement against him, attesting to his crimes before the jury.

Harvey is seething as he is found guilty and jailed but is the nightmare truly over?

As Leanne tries to move on with Simon and piece their lives back together, Sharon knows she is more of a target than ever and runs cap in hand to Rita Tanner (Barbara Knox).

But will Rita give in and give her the runaway money – or turn her in to the police or Harvey’s men?

And is there a deeper nuance to what Sharon is planning?