Coronation Street teen Simon Barlow fears for his safety next week after his dad Peter drops a bombshell.

Simon (Alex Bain) becomes convinced that his bullying ordeal will start all over again when he learns that Peter has suspended Vicky Jefferies at the factory.

A few weeks ago, Simon was being targeted by friends of gang leader Tyler Jefferies, who were punishing him for giving evidence at Tyler’s court case.

Tyler’s mates only backed off when Peter (Chris Gascoyne) gave the thug’s mum Vicky a job at Underworld, providing her with an incentive to put her sly son back in line. 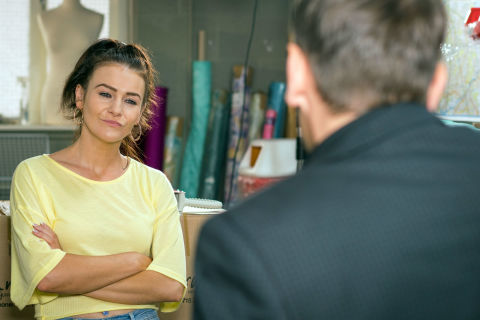 Next week, Peter is pushed to breaking point as he starts to lose patience over Vicky’s bad behaviour at work.

Peter desperately wishes he could fire Vicky (Kerri Quinn), but knows he can’t as the consequences would be dire for Simon.

Later in the week, Peter reaches the end of his tether with Vicky goading Sinead Tinker (Katie McGlynn) on the factory floor, so he bans the use of all mobile phones to restore order. 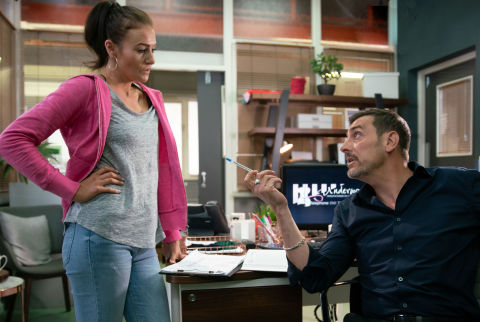 When Sinead defies the new rule and answers her phone because the hospital are ringing about collecting her biopsy results, Vicky reports her to Peter and also tries to grab her phone.

A nasty fight ensues and Peter finally takes action by suspending both women for a week.

When Peter tells Simon about Vicky’s punishment, the teen is horrified and knows that it’s only a matter of time before Tyler starts making his life hell again.

The situation only grows more stressful for Peter when Fiz Stape and Izzy Armstrong warn that they’ll walk out if Vicky is allowed back.

Later, Peter hatches a sneaky plan to get Vicky a job with a rival company instead. Is this the answer to his prayers?

Coronation Street airs these scenes on Wednesday, October 17 at 7.30pm and 8.30pm on ITV.