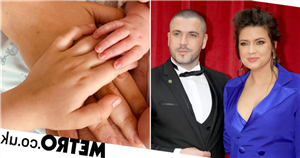 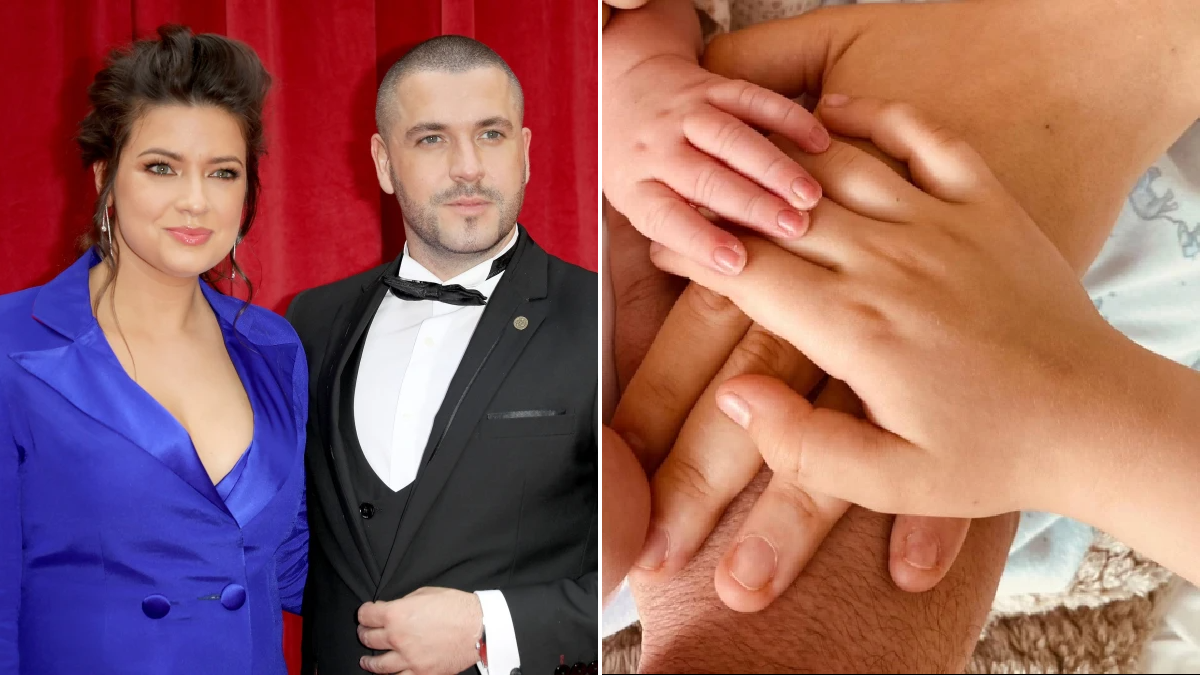 Coronation Street’s Shayne Ward and Sophie Austin have revealed the name of their new born baby boy, following his birth a few weeks ago.

It was a bit of a surprise, to say the least, as the couple were told by doctors they were having a second daughter – a sister to five-year-old Willow.

Sharing the joyous news, singer Shayne took to Instagram where he admitted it was a ‘shock’ that Sophie had delivered a baby boy – but they were ‘overjoyed’.

Revealing his first son was born on Saturday, June 11, the Aidan Connor star wrote: ‘We had a HUGE surprise!

‘Not a baby girl we were expecting but a beautiful baby Boy.

‘We are so overjoyed and blessed that sir baby Ward has arrived.’

Now, Shayne and Sophie – who played Lindsey Butterfield in Hollyoaks – have shared the name of their son is Reign Thomas Austin Ward.

‘There was one name I had heard that I had liked, which was Reign, and Shayne loves anything medieval’, Sophie explained to Hello! Magazine.

Shayne added: ‘As soon as she suggested it, I thought it was nice. My middle name is Thomas and Austin is after Sophie’s father. I thought that Reign Thomas Austin Ward sounded really good, and it just fitted him.

‘We are so blessed with this journey that we’ve been on – after we did IVF, this all happened naturally. I wasn’t fussed if it was a boy or girl, I just knew I had to have another child. I was over the moon that I was a dad again.’

Shayne is also known for winning the second series of The X Factor, while Sophie has credits in Casualty, Doctors and Tina and Bobby.

The couple first met in 2016 and became parents later that year with the arrival of their firstborn Willow, becoming engaged shortly after.