FORMER Coronation Street star Scott Wright has lost an incredible three-and-a-half stone to ditch his lockdown dad-bod and get his acting career back on track.

The 46-year-old hit rock bottom during lockdown, suffering from depression brought on by severe insomnia and anxiety over money worries. 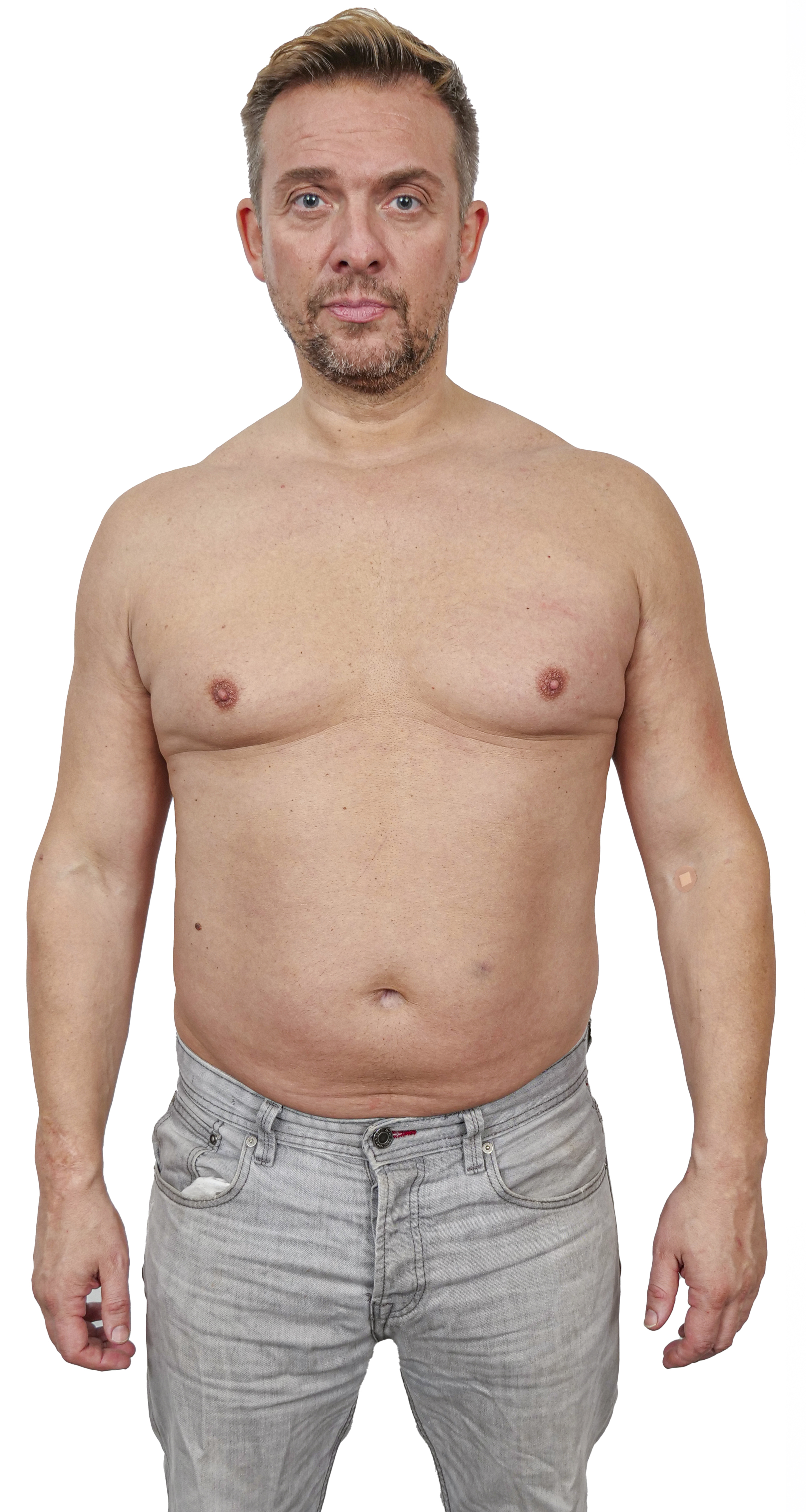 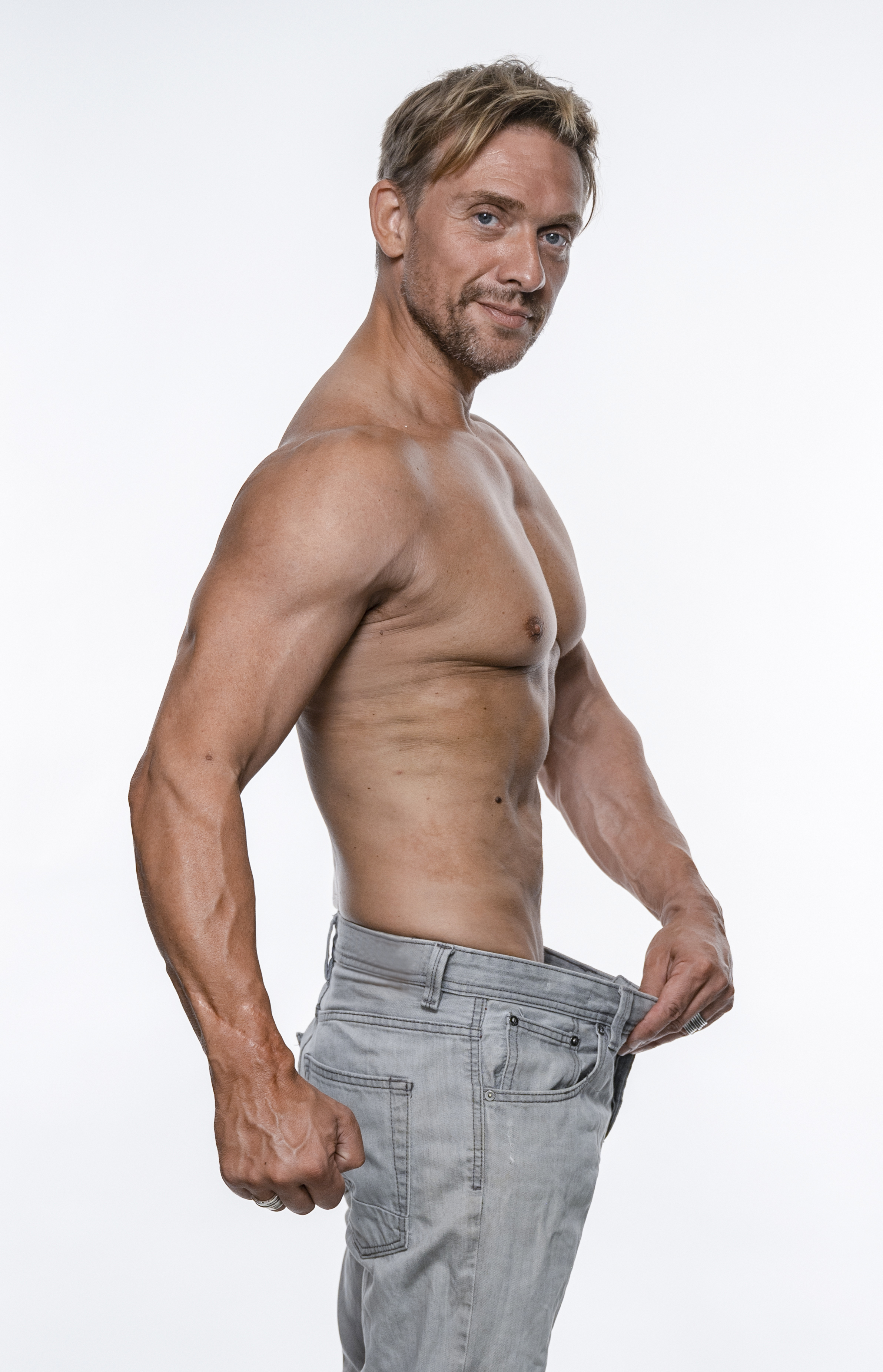 He started drinking heavily, taking sleeping pills and anti-depressants after acting and live music work dried up, prompting his weight to balloon to 16 stone 4lbs and a 44-inch waist.

By February this year he was determined to turn his life around and, with help from G Herbal natural supplements, has gone on to lose an incredible 50lbs (22.7kg) in five months and achieve a 32 inch waist.

Scott now has a major film in production and is getting offers of TV acting work again.

He said: “When lockdown first came in back in March 2020 my whole life was put on hold. Two massive TV roles were cancelled and all my regular live music and appearance work went too. I had zero income and was really stressed about my finances.

"Like most people at the time I thought it would just take a few weeks, but then it became months and there was no light at the end of the tunnel. I was alone in my apartment most days just watching the pandemic on the news getting more and more depressed.

"My anxiety went through the roof, I was worrying about how I could pay my bills, and I couldn’t sleep whatsoever. In the evenings I would drink a bottle of wine just to try to knock myself out. I started taking sleep pills and I was having dark thoughts, so I took some anti-depressants but one of their side effects is that it boosts your appetite, so I ended up comfort eating all day.”

TV favourite Scott shot to fame as Sam 'The Masked Stripper' Kingston in Coronation Street, and has since appeared in Crossroads, Shameless, Emmerdale, Casualty, Doctors and starred alongside Anna Maxwell-Martin in ITV mini-series Midwinter of the Spirit.

I ended up comfort eating all day.

Scott, who turns 47 in October, is single and lives in the Peak District, near Glossop, Derbyshire.

He said: “Before the pandemic I had a busy work and social life but in 2020 I pretty much became a recluse, I would be on my own for at least four days a week, I dropped out of contact with friends and turned off all social media.”

It was only when he saw pictures of himself on a news website that he realised how much he’d let himself go. He had rescued a woman and her daughter from being attacked at a shopping centre and had to appear in court as a witness.

Scott said: “I was photographed outside the court by a paparazzi photographer, and when it appeared in the papers, I could hardly recognise myself, my face was all chubby and my previously slim-fitting suit was nearly bursting at the seams.

And he added: “A few months later there was a picture posted on social from a family get-together and I was even worse. My face was bloated, my eyes puffy I had a double chin and looked about ten years older.”

He said: “I’m not going to lie; it’s not been easy. I knew I had to quit the booze completely if I was going to get a result, but also, I had the added nightmare of getting off sleeping pills and anti-depressants. The first two weeks were hell, and it took about 3-4 weeks for the G Herbal supplements to kick in to make things better.

My face was bloated, my eyes puffy I had a double chin

“I took two G Herbal BLISS tablets in the evening so I could sleep, and in the morning the G Herbal BODY supplement for extra energy to do a workout, and their WEIGHT supplement after a meal to help digestion and reduce bloating. They are natural Balinese herbal supplements and I was introduced to them by a friend. I was pretty sceptical about them at first, but they definitely helped my sleep quality and gave me vitality to get through my daily work-outs.

"After a month or so, I started to get four hours sleep, then six hours, and now I pretty much get a full eight hours sleep. Sleeping is the most important thing, if you’re not sleeping properly, it’s almost impossible to get in shape as you won’t have the energy or the will to exercise.”

3-4 chocolate biscuits for elevenses with another cup of coffee

Kebab or Burger or steak with chips

Four scrambled eggs and a small bit of butter – no toast

Steamed or grilled fish and rocket salad, and maybe steak on Sunday as a treat.

Take 2 x G Herbal BLISS supplements after the meal and try to get to bed by 10pm.

Scott would do a fasted cardio HIIT work out in the morning for 20-30 minutes before breakfast and then do around 8,000 to 10,000 steps during the day, and he would do some weights at the local gym two or three times a week.

He said: “When you are approaching 50 you’ve got to do some exercise every day to keep your metabolism going so you are burning fat. I would have one day off a week though, usually Sunday. Within two months friends started to see a difference and that spurred me on to do even better. I hit my target weight in just under five months and now I intend to maintain my current level.

“I’m really proud of myself and my appearance for the first time in a long time, my confidence is restored and I’m starting to get acting offers again, so it really has been a win-win situation.”

Since getting back in shape Scott has received a £250K investment to start filming an independent British film which he has co-written and produced and has also been offered a major TV role.

He said: “Things are really coming back again and it’s really exciting, the film project is really exciting and I’m doing live music performances again, but there’s no way I would have had job offers for leading man roles if I was over 16 stone. “ 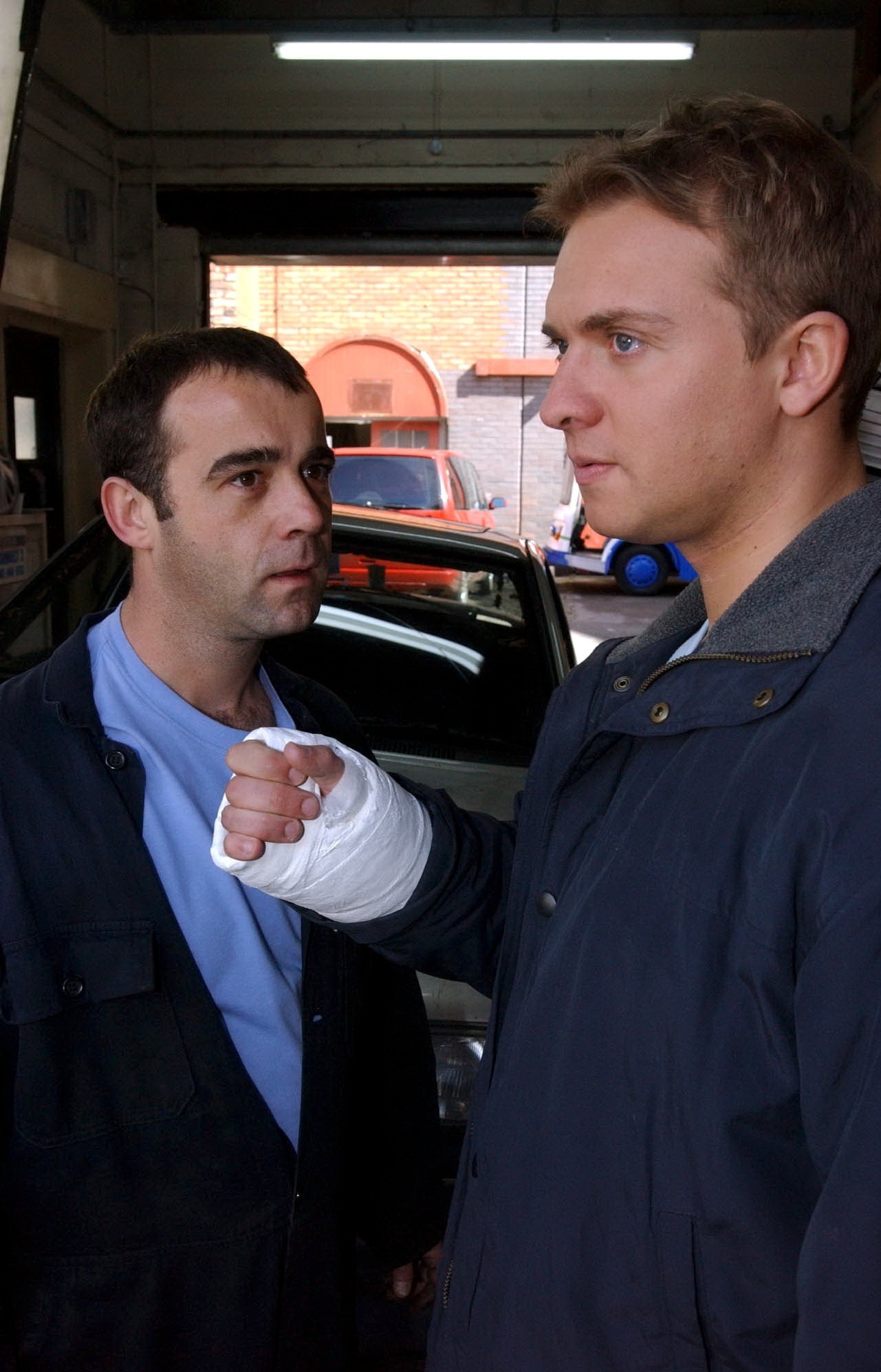